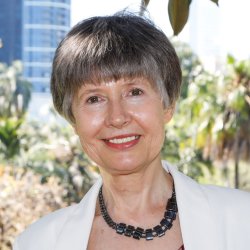 Lidia Morawska is a Professor in the School of Earth and Atmospheric Sciences, at the Queensland University of Technology (QUT) in Brisbane, Australia, the Director of the International Laboratory for Air Quality and Health (ILAQH) at QUT, which is a WHO Collaborating Centre on Air Quality and Health, and a co-director in Australia for the Australia – China Centre for Air Quality Science and Management (ACC-AQSM). She conducts fundamental and applied research in the interdisciplinary field of air quality and its impact on human health and the environment, with a specific focus on science of airborne particulate matter.

Professor Morawska is a physicist and received her doctorate at the Jagiellonian University, Krakow, Poland for research on radon and its progeny. Prior to joining QUT she spent several years in Canada conducting research first at McMaster University in Hamilton as a Fellow of the International Atomic Energy Agency, and later at the University of Toronto.

Professor Morawska is an author of over 904 journal papers, book chapters and conference papers. She has also been involved at the executive level with a number of relevant national and international professional bodies and has been acting as an advisor to the World Health Organization.

In recognition of her contributions to the field, in May 2020, she was elected as a fellow to the Australian Academy of Science, and in September 2020, she was named in the list of Top 40 Australian Researchers in The Australian Research Magazine. She was also recipient of a ‘2018 Eureka Prize for Infectious Diseases Research’ (Australian Museum of Eureka Prizes); as well as the ‘American Association for Aerosol Research (AAAR) 2017 David Sinclair Award’, where in his nomination of her for this award, Prof Tunga Salthammer of the Fraunhofer WKI (Germany) stated that she “…has long been considered as one of the top researchers in the field of aerosol science, covering a broad scientific spectrum including, radon, traffic exhaust, indoor related particle emissions, modeling and occupational exposure. For more than 30 years, she has worked in challenging and important areas of aerosol research, with her outstanding results of substantial value for other researchers”.

She was also the recipient of a ‘QUT Vice-Chancellor’s Performance Award 2017’ “in recognition of a significant and superior contribution to the work of the university”, and in 2011, the ‘Clean Air Medal, Clean Air Society of Australia and New Zealand (CASANZ) ‘for “…sustained and dedicated contribution to the understanding of fine particles in the air. She is also a past President of the International Society of Indoor Air Quality and Climate. 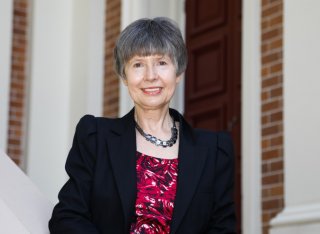