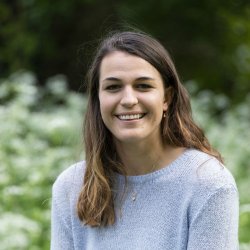 My primary interest is cognitive psychology particularly neuropsychological research involving stroke aphasic patients. My current work focuses on deficits in flexible thought in these patients, as well inferences that can be made about the role of the prefrontal region in creativity and flexible thought using patients with frontal and tempo-parietal lesions. Methods will include experimental and behavioural testing as well as MRI lesion analysis.

My primary interest is cognitive psychology particularly neuropsychological research involving stroke aphasic patients. My current work focuses on deficits in flexible thought in these patients, as well inferences that can be made about the role of the prefrontal region in creativity and flexible thought using patients with frontal and tempo-parietal lesions. Methods will include experimental and behavioural testing as well as MRI lesion analysis.

The interplay of Episodic and Semantic Memory in Stroke Aphasia
Patients with SA suffer from semantic ‘access’ impairments, which reflect intact knowledge stores, but impairment of executive processes that control activation in a task and context appropriate way. Reliance on automatically activated memories in SA patients leads to difficulties in selecting associations that require more constraint (such that PLANT can mean FLOWER but also FACTORY) due to the inability to inhibit this activation and the influence of distractors. This is displayed in inconsistent ways across tasks with similar demands, and can lead to retrieval of ‘false memories’. Although almost exclusively studied within the domain of semantic memory, difficulties of control are likely to affect other domains such as episodic retrieval. This – almost without exception- has some reliance on pre-existing semantic knowledge. Using well-established memories – nursery rhymes- this study investigated the influence of pre-existing knowledge on episodic memory in SA patients.

Cogdell-Brooke Lucy (2020) Consistently inconsistent: Multimodal episodic deficits in semantic aphasia,Neuropsychologia 140 107392 Elsevier
Semantic Aphasia (SA) patients have difficulty accessing semantic knowledge in both verbal and non-verbal tasks
appropriately for the current context. Automatically activated semantic knowledge overwhelms the system,
because it is no longer able to inhibit interference from dominant meanings in order to select weaker alternatives.
Episodic memory, like semantic memory, requires control to select relevant memories amongst competing episodes.
For example, our memory for what we ate for breakfast last Saturday is affected by competition from
numerous other breakfast meals eaten on other days. Where one is unable to guide retrieval, we may rely on
automatically activated knowledge about ?breakfast foods?, and therefore experience false memories. Brain
systems that support semantic control are also implicated in episodic control, and therefore deficits in semantic
control are likely to cause more widespread problems. Despite this, nearly all research to date focuses on semantic
performance alone. This study explored the impact of this semantic impairment on episodic recall. We
used a verbal and non-verbal episodic memory task: participants remembered nursery rhymes in the verbal
condition and logos and their associated products in the visual condition (e.g. BOWL OF CEREAL and COCO-POPS). For
both tasks, we manipulated a) congruency with pre-existing knowledge (e.g. expectancy of trials: BAA BAA BLACK BUILD ? instead of SHEEP) and b) whether these trial types were blocked by congruency or mixed, as well as (c) distractor strength. If SA patients experience overwhelming automatic activation, they should find incongruent items more difficult to suppress, particularly when presented in an unpredictable task format. A total of 13 SA patients were compared to 33 controls across three experiments. In line with our predictions, SA patients found it more difficult to retrieve episodic memories which were in conflict with pre-existing semantic knowledge. This was true across modalities. Moreover, these deficits were accentuated when the congruency was presented in a mixed fashion, and so unpredictable across trials. Evidence of these episodic control impairments in SA cases supports the idea of a shared mechanism for semantic and episodic memory control.