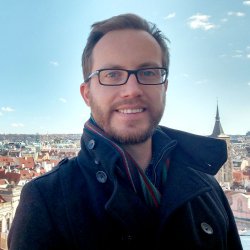 Martin’s research interests are in structural mechanics, specifically the mechanics of thin shells. Currently he is investigating how localised features form during the large deformation of thin shells and the influence of these features on subsequent mechanical behaviour. Examples include the generation of creases and folds during the collapse of thin-walled structures, the influence of embossed texture on the buckling of thin shells, and the mechanics of origami and kirigami. He is also interested in topics related to blast-resistant design, particularly the development of new energy-dissipating blast protection systems.

Meet our Department of Civil and Environmental Engineering

Enquiries are welcome from potential industrial collaborators on topics related to my research interests or structural mechanics more broadly. I'm happy to discuss your requirements and how we may be able to help with your project.

Enquires are welcome from potential students who would like to study for a PhD within my research interests. Note that I currently do not have any funded PhD positions available.

If you would like to spend time working on a research project with me, please feel free to get in touch to discuss your plans. Note that there are no funds at Surrey to support research visits/exchanges. You will need >£1000 per month for departmental fees and living expenses in Guildford.