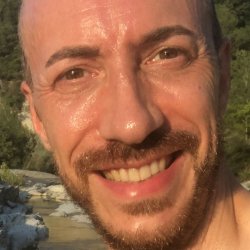 School of Biosciences and Medicine, Faculty of Health and Medical Sciences, Centre for Mathematical and Computational Biology.

Matteo started to work on cell cycle control during his master thesis and early PhD in the laboratory of Lilia Alberghina at the University of Milano-Bicocca (Italy), where he was interested to investigate biochemical mechanisms through which cellular activators and inhibitors regulate biochemically the onset into DNA replication in budding yeast. He then moved to the Max Planck Institute for Molecular Genetics in Berlin (Germany), in the laboratory of Edda Klipp, to complete his PhD and translate his experimental research into computational modeling through generation of mathematical models of the eukaryotic cell cycle. He then did a six year Postdoc at both the Max Planck Institute for Molecular Genetics and the Humboldt University in Berlin with Edda Klipp, where he developed as a systems biologist by integrating computational modeling and experimental strategies to uncover novel molecular mechanisms driving a timely cell cycle. In 2013, he then started his independent group as Assistant Professor of Synthetic and Systems Biology at the University of Amsterdam (The Netherlands), where he expanded his investigations to explore how molecular switches drive gene regulation dynamics in cell cycle control and in immune responses, such as those governed by T and mast cells. In December 2018, he joined the University of Surrey as Reader in Systems Biology, with the aim to unravel design principles of cellular organization, and develop multi-scale frameworks to understand how properties of biochemical systems emerge from the integration of multiple regulatory layers. His multi-faceted interests also expands to build cellular maps for network-based drug design, with a particular emphasis on cell physiology and disease. 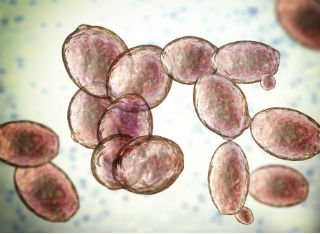 Matteo's background integrates Industrial Biotechnology, Biochemistry, Molecular Biology and Computational Modeling. Thanks to this acquired interdisciplinarity, he has embarked in Systems Biology research by integrating experimentation and computation to decipher design principles underlying cellular organization. In his scientific research, Matteo employs modeling methodologies to predict systems properties, which he then tests experimentally.

Matteo has a profound interest in exploring the systems biology approaches to unravel design principles in the life sciences. His research aims, on the one hand, to bring together computation and experimentation to unravel molecular mechanisms, e.g. control of gene regulation, underlying switches responsible for temporal dynamics in cell cycle control and immune responses. On the other hand, he is developing multi-scale frameworks and tools that integrate – by various modeling techniques – layers of cellular regulation, with a particular emphasis on the interface between cell cycle and cell physiology.

Multi-scale modeling of biological systems requires integration of various information about genes and proteins that are connected together in networks. Spatial, temporal and functional information is available; however, it is still a challenge to retrieve and explore this knowledge in an integrated, quick and user-friendly manner.

DNA replication begins at specific locations called replication origins, where helicase and polymerase act in concert to unwind and process the single DNA filaments. The sites of active DNA synthesis are called replication forks. The density of initiation events is low when replication forks travel fast, and is high when forks travel slowly. Despite the potential involvement of epigenetic factors, transcriptional regulation and nucleotide availability, the causes of differences in replication times during DNA synthesis have not been established satisfactorily, yet.

Here, we aimed at quantifying to which extent sequence properties contribute to the DNA replication time in budding yeast. We interpreted the movement of the replication machinery along the DNA template as a directed random walk, decomposing influences on DNA replication time into sequence-specific and sequence independent components. We found that for a large part of the genome the elongation time can be well described by a global average replication rate, thus by a single parameter. However, we also showed that there are regions within the genomic landscape of budding yeast with highly specific replication rates, which cannot be explained by global properties of the replication machinery.

Computational models of DNA replication in budding yeast that can predict replication dynamics have rarely been developed yet. We show here that even beyond the level of initiation there are effects governing the replication time that can not be explained by the movement of the polymerase along the DNA template alone. This allows us to characterize genomic regions with significantly altered elongation characteristics, independent of initiation times or sequence composition