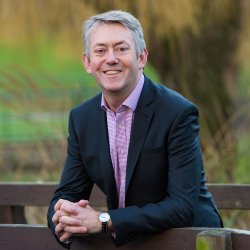 Matthew Leach has more than thirty years experience of the challenges in delivering secure and sustainable energy services. From July 2019 Matthew is part time at Surrey, and an independent consultant/researcher for the remaining 80% of his time. His consulting focus is now on 'Modern Energy Cooking Services', a £39.8 million programme funded by DfID.

Following 12 years as a member of staff at Imperial he joined CES in 2007 as Professor of Energy and Environmental Systems; he was Director of the Centre from 2008 to 2015.

An engineer by training, Matthew holds a bachelors in Mechanical Engineering from the University of Southampton, an MSc in Environmental Technology from Imperial College London and a PhD in Energy Policy also from Imperial. Matthew has been Vice President of the Energy Institute and is a past Chair of Council of the British Institute of Energy Economics.

1995 - 2007
Senior Lecturer and Convenor of the Energy Policy Option of the MSc in Environmental Technology
Imperial College London, Centre for Environmental Policy 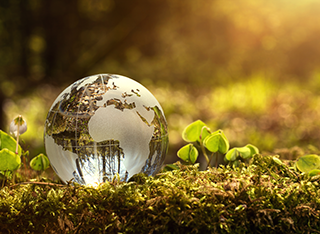 Small changes save energy, save environment

Matthew's research now focuses on energy access in developing countries, and in particular on accelerating the transition from biomass (wood/charcoal) based cooking to modern, clean, low carbon energy-efficient alternatives.  The 'Modern Energy Cooking Services' (MECS) programme to which he contributes is funded by DfID and led by Loughborough University, GAMOS and the World Bank’s Energy Sector Management Assistance Programme (ESMAP). A key focus is on the transition to cooking with electricity, in regions where households currently have no electricity supply, or a 'weak' supply that won't support cooking loads. Matthew leads the MECS modelling strand, looking at the techno-economic and life cycle performance of electric cooking systems that utilise renewable sources of electricity such as solar photovoltaics, or add batteries to enable cooking on weak grid or minigrid systems.

Matthew's long-standing research interest has been on decentralised energy supply systems and the role of demand-side management, exploring the environmental and economic performance of emerging technologies, and the roles for policy, in long term transitions to a low carbon economy. Matthew has previously applied this thinking to the UK and European energy transition, and is now applying it to energy access in developing countries.

Matthew has led research and consultancy contracts for government and industry, recently including developing for DfID a financial model of a novel solar-electric cooking appliance for Africa - this underpinned the development of the MECS programme. He has undertaken work for the electrical appliances industry on detailed monitoring of power consumption and energy-using practices in the home; a Knowledge Transfer Partnership project, developing a computer-based system for optimising energy efficiency investments for commercial buildings, with the consultancy Carbon Credentials; a study of heat supply options for the UK, for the Combined Heat and Power Association, working with Imperial College London. Matthew made inputs to the 2003 UK Energy White Paper on scenarios for energy technology choices; he led a DTI study on the potential for renewable energy fuels in aviation; he worked on an EU study looking at scenarios for the long term development of electricity systems across Europe and contributed to two reports on low carbon technologies commissioned by the Prime Minister's Office as an input to UK participation in G8 activities.

EPSRC REDUCE project at Surrey, led by the Centre for Communication Systems Research and with the department of Psychology. Collaborating with Woking Borough Council, Thales Research and Technology UKUniversity of Surrey's Estates and Facilities

Innovate UK eCook, led by GAMOS and with Loughborough University

Within Surrey Matthew teaches on:

School of Economics module on Energy Policy and Technology: lectures on energy technology

Re-distributed manufacturing (RDM) is of high economic and political interest and is associated with rapid technological, environmental, political, regulatory and social changes in the UK. RDM of food raises opportunities and questions around the local nexus of food, energy and water. Considering these together can provide opportunities for rationalising resource utilisation, production, and consumption while contributing to shared prosperity between business, society and natural ecosystems. This paper concentrates on the energy–food aspects of the nexus for RDM by focusing on the case study of bread manufacturing and transportation in the UK. A detailed analysis of the energy requirements and environmental impacts of centralised bread production and transportation compared with localised options for re-distributed bread manufacturing is undertaken. This is achieved by building on existing literature and developing a series of bread-energy system configurations to model energy usage and green-house gas (GHG) emissions at the large (centralised), medium and small scales.

The configurations also consider energy use for various bread wastage conditions. Assuming that buying more frequently in local bakeries only the bread that is consumed helps avoiding bread wastage, this would lead to reduced bread purchasing and bread manufacturing, which translates to reductions in energy use and emissions in the modelled configurations.

Existing data demonstrate that there is a wide diversity across different manufacturing sites in the energy use and associated emissions per loaf of bread produced. The study highlights the opportunities for improvement in the sector if plant move towards the best available manufacturing technologies and practices, and this may be more practical for smaller scale operations. Two hypothetical bread production scenarios show that a greater share of the UK’s bread being produced locally could result in a reduction in overall energy consumption and emissions.