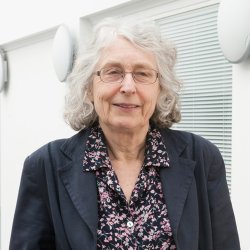 Department of Sociology, Centre for Research on Ageing and Gender.

SARA ARBER was appointed Professor of Sociology in 1994 and has been Co-Director of the Centre for Research on Ageing and Gender (CRAG) since 2001. She was Head of the School of Human Sciences (2001-2004) and Head of the Sociology Department (1996-2002). She joined the Sociology Department in 1974, following postgraduate work at the Population Studies Center, University of Michigan. Sara has remained at Surrey throughout her career apart from spending a year on study leave (1979-80) in India and Australia, and as a Visiting Research Fellow at the Australian National University (January to March 2005). Sara became Emeritus Professor of Sociology in September 2017.

Sara was President of the British Sociological Association (1999-2001) and President of the International Sociological Association Research Committee on Sociology of Aging (RC11) (2006-2010). She was elected as an Academician of the Social Sciences in 2000, a Fellow of the British Academy in 2008 and a Fellow of the Royal Society of Arts in 2012. Sara received the British Sociological Association (BSA) Distinguished Service to British Sociology Award in 2017. This annual BSA award is made 'to an outstanding individual who has made an exceptional contribution to the discipline by leading an extraordinary life as a sociologist'. Sara received the BSG (British Society of Gerontology) Outstanding Achievement Award 2011 for her contribution to the field of ageing and was awarded the status of Fellow of the Gerontological Society of America (GSA) in 2012. She has been actively involved with ESRC, including as a member of their Grants Assessment Panel. Sara's internationally regarded research has spanned inequalities in health, ageing and gender, and latterly she has pioneered the Sociology of Sleep. Sara was a member of the 2014 REF (Research Excellence Framework) Panel for Sociology.

Who's Who in Ageing: British Society of Gerontology.

Sara received the British Sociological Association (BSA) Distinguished Service to British Sociology Award in 2017. This annual BSA award is made 'to an outstanding individual who has made an exceptional contribution to the discipline by leading an extraordinary life as a sociologist'. Sara received the BSG (British Society of Gerontology) Outstanding Achievement Award 2011 for her contribution to the field of ageing. Sara was s a member of the ESRC Grants Assessment Panel (2008-12) and the British Academy Research Awards Board (2012-17). She was a member of the ESRC Social Affairs Committee (1984-87), and the S.W. Surrey District Health Authority (1981-90). Sara is currently a member of 5 Editorial Boards, including Journal of Aging Studies and Research on Aging. Sara was a member of the 2014 REF (Research Excellence Framework) Panel for Sociology. 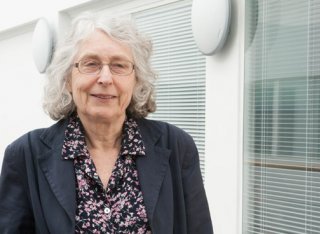 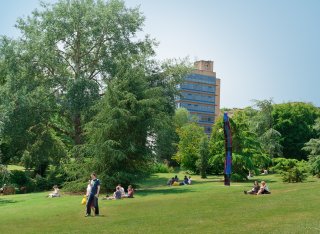 Sara's research focuses on gender and class inequalities in health, ageing and gender, and on sociology of sleep. She was PI on SomnIA, Sleep in Ageing, a multi-disciplinary New Dynamics of Ageing collaborative research programme (2006-2011).

Sara has completed research for the ESRC on 'Negotiating Sleep among Couples' and on 'Older Men'; for the Nuffield Foundation on late life decision-making about life prolongation techniques; for the Health Development Agency on social support, social capital and health, and on older people and falls; for the US National Institute of Aging on a comparative US/UK study of clinical decision-making for older patients; for the EU on a comparative study of 'Sleep in Ageing Women' and a cross-national study of 'Gender, food and later life'; and for Anchor Homes to evaluate their refurbishment and rebuild programme in residential homes. She co-edited Contemporary Grandparenting: Changing Family Relationships in Global Contexts (Policy Press, 2012).

Much of Sara's research uses secondary analysis of large-scale datasets. She has conducted comparative research on inequalities in health, comparing Britain with Scandinavia in collaboration with Professor Eero Lahelma from Helsinki. She edited a special issue of Social Science and Medicine on 'Social and economic patterning of women's health in a changing world' (2002, vol. 4, no. 5) with Myriam Khlat, INID, Paris, a Monograph of Current Sociology on 'Gender, Ageing and Power: Changing Dynamics across Western Societies' (2007, vol.55, no.2), and a special issue of Sociological Research Online (12,5) on 'Sleep Across the Lifecourse' (2007).

Research Groups: Identities, Diversities and the Life Course and Sociology of Sleep.

Sara currently supervises 3 doctoral students in the fields of health, ageing, gender and sociology of sleep. She has supervised 50 students to successful completion of their PhD.

There is a lack of research into 25-hydroxyvitamin D (25(OH)D) status, light exposure and sleep patterns in South Asian populations. In addition, results of research studies are conflicting as to whether there is an association between 25(OH)D status and sleep quality.

Overall, our results show that postmenopausal South Asian women have lower 25(OH)D concentration than Caucasian women. They also have higher sleep fragmentation, as well as a lower light exposure across the day. This may have detrimental implications for their general health and further research into sleep quality and light exposure in the South Asian ethnic group is warranted.