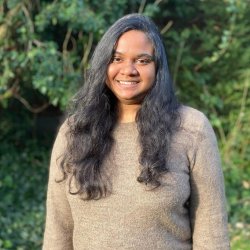 K. D. G. I. Jayawardena, S. M. Silva, R. K. Misra (2020)Solution processed perovskite incorporated tandem photovoltaics: developments, manufacturing, and challenges, In: Journal of Materials Chemistry C Royal Society of Chemistry
DOI: 10.1039/D0TC01440K
Photovoltaics based on organic–inorganic as well as all inorganic semiconducting perovskites have emerged as a high performing technology at a lower cost. Intense research carried out in this regard over the last decade has resulted in single junction power conversion efficiencies that now exceed 25%. Furthermore, combining wide-bandgap perovskites with other narrow-bandgap absorbers such as silicon has enabled efficiencies exceeding 24%. Such tandem architectures provide the possibility of increasing the power conversion efficiency with either a little increase in cost or even at a lower cost. In this review, we discuss the emerging tandem concepts that incorporate perovskites in at least one sub-cell and can also be printed on roll-to-roll manufacturing lines. Initially, we discuss the progress in the field of perovskite/silicon tandem architectures followed by a discussion on perovskite/copper indium gallium selenide tandem devices. Then, recent progress in all-perovskite tandem devices is discussed. This is then followed by developments combining perovskites and organic bulk heterojunction absorbers. Subsequently, we discuss roll-to-roll and sheet-to-sheet printing techniques that can be used for scaled-up manufacturing of the above tandem architectures, which is then followed by reported work on perovskites that have utilised these printing techniques. Finally, we discuss prospects and future directions focusing on material stability and elimination of toxic solvents that are typically used in lab-scale perovskite solar cell fabrication processes and on less well investigated applications such as energy harvesting in space.
R. D. I. G. Dharmasena, H.M Cronin, R. Dorey, S. R. P. Silva Direct Current Contact-Mode Triboelectric Nanogenerators via Systematic Phase Shifting, In: Nano Energy Elsevier
The intermittency and discontinuous nature of power generation in Triboelectric Nanogenerators (TENGs) are arguably their most significant drawback, despite the promise demonstrated in low-power electronics. Herein, we introduce a novel technology to overcome this issue, in which, built-in systematic phase shifting of multiple poles is used to design a pseudo direct-current TENG. Unlike previous attempts of constructing near direct-current TENGs that base on the segmentation of electrodes of a sliding mode TENG, this technology introduces a new method that depends on planned excitation of constituent TENG units at different time intervals to obtain the necessary phase shifts, achieved by their structural design that contains an asymmetric spatial arrangement. Therefore, the direct current generation for TENG, which was previously limited to the sliding mode TENG units, are expanded to contact-mode TENGs. The technology allows for continuous and smooth operation of the driven loads and paves the way for a new dawn in energy scavenging from mechanical sources. We use the distance-dependent electric field (DDEF) platform to design the systematic phase shifting technology, which is experimentally demonstrated via a free-standing mode TENG (FSTENG) based design, to power a number of prototype devices. The resultant power output of the TENG indicates a crest factor close to 1.1 at relatively low frequencies, the best reported values for TENGs with contact-mode basic units, to date. This work provides a highly awaited solution to overcome the intermittency and sporadic nature of TENG outputs, thus, promoting the field towards powering next generation autonomous and mobile electronics.
Bowei Li, Yuren Xiang, K. D. G. Imalka Jayawardena, Deying Luo, John F. Watts, Steven Hinder, Hui Li, Victoria Ferguson, Haitian Luo, Rui Zhu, S. Ravi P. Silva, Wei Zhang (2020)Tailoring Perovskite Adjacent Interfaces by Conjugated Polyelectrolyte for Stable and Efficient Solar Cells, In: Solar RRL, Solar RRL4(5) John Wiley & Sons, Ltd
DOI: 10.1002/solr.202000060
Interface engineering is an effective means to enhance the performance of thin-film devices, such as perovskite solar cells (PSCs). Herein, a conjugated polyelectrolyte, poly[(9,9-bis(3?-((N,N-dimethyl)-N-ethyl-ammonium)-propyl)-2,7-fluorene)-alt-2,7-(9,9-dioctylfluorene)]di-iodide (PFN-I), is used at the interfaces between the hole transport layer (HTL)/perovskite and perovskite/electron transport layer simultaneously, to enhance the device power conversion efficiency (PCE) and stability. The fabricated PSCs with an inverted planar heterojunction structure show improved open-circuit voltage (Voc), short-circuit current density (Jsc), and fill factor, resulting in PCEs up to 20.56%. The devices maintain over 80% of their initial PCEs after 800 h of exposure to a relative humidity 35?55% at room temperature. All of these improvements are attributed to the functional PFN-I layers as they provide favorable interface contact and defect reduction.