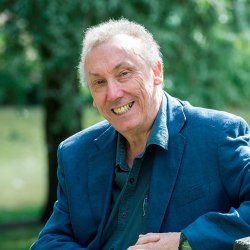 Steve joined the Centre for Environment and Sustainability in August 2010, having previously been at the University of Reading (Geography) and University of East Anglia (Development Studies). He has a background in applied biological science, and his research and teaching interests are broad spanning both the natural and social sciences. Steve has helped pioneer a number of participatory methodologies for sustainability assessment, including Triple Task. He has been involved in research and sustainable development projects across Europe, the Mediterranean, Africa and Asia. 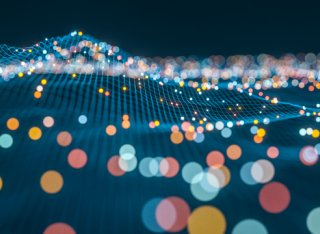 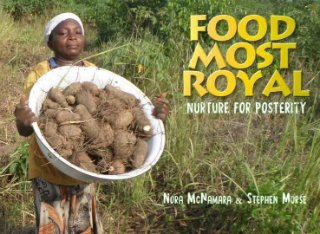 New book inspires the next generation to achieve food security 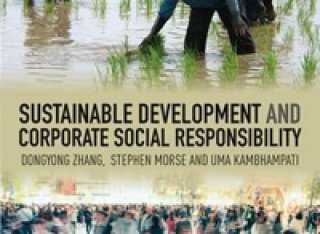 The research focussed specifically on the Slough WWTP and the operation of a newly installed Ostara system for recovery of P as struvite from dewatering liquors. The Ostara process is designed to operate with centrate PO4-P concentrations above 100 mg/l; to obtain these concentrations chemical coagulant dosing in the enhanced biological nutrient removal process must be reduced. Centrate monitoring following this change showed that Fe concentrations must measure consistently below 1.5 mg/l for PO4-P concentrations to remain steadily above 100mg/l. Following these changes onsite, operational savings and revenue can be produced onsite. Significant operational and maintenance savings totalling to £113K can be made in the first year of operation of the P recovery system in Slough WWTP. Sale of P rich struvite fertiliser produces annual revenue of £20K. Moving beyond the local benefits of P recovery, national benefits of P recovery were quantified. In a national context, a total of 28±1 kt P/year can be recovered from all WWTP waste streams, reducing P fertiliser imports by 36±1%. P recovery from WWTP influent and incinerated sewage sludge ash would reduce P losses to water bodies by 22±2%.

Sewage sludge may be incinerated, producing incinerated sewage sludge ash (ISSA), or alternatively pyrolysed to produce sewage sludge char (PSSC). The possibility of recovering P from these residual solids was also investigated. PSSC samples contained significantly more nitrogen and lower heavy metal concentrations than ISSA samples due to the process conditions. The % P extractions from both ISSA and PSSC plateaus at 0.6M and 0.8M H2SO4 acid concentrations, respectively, due to the formation of gypsum on the particles, so that further increase in acid concentrations does not increase P recovery.

The knowledge gained through this research has been used to improve the understanding and efficiency of the P recovery system at Slough WWTP. The information learned about pyrolysis residues will be used by Thames Water to develop a novel P recovery process from PSSC. Combined, these findings can impact the industry by creating incentives and inform policies regarding P recovery.

Corporate Social Responsibility (CSR) has become an important concept in the last few decades. Although it originated in the developed countries of the West, the concept has been embraced and adapted by corporations and policy-making agencies in many developing countries. Not surprisingly, given the importance of growth and development as policy objectives in these countries, CSR has had a significant impact on sustainable development.

Sustainable Development and Corporate Social Responsibility explores the evolution of CSR across the developed and developing world, with a particular focus on China and sustainable development. Through an extensive review of the literature and relevant case studies, the book examines whether CSR can make a contribution to sustainable development, how the patterns of CSR in developed Western economies compare to that in the rapidly growing economy of China, what trade-offs take place between CSR and economic growth as well as the future of CSR and its possible impact on the global sustainable development agenda.

Food security is a term that is hardly on the tips of most people?s tongues, especially those living in the Northern Hemisphere. But while the term may be unfamiliar, we can all recognise the outcomes of its opposite ? food insecurity ? namely, hunger, food banks and crop contamination.

This book is about how we can work towards growing enough for everyone, available at the right quality and an affordable price. While food?s cultural significance is not always fully appreciated, most eating habits are strongly cultural, with indigenous foods prepared and presented in many ways.

Can you imagine Ireland without the potato, or China without rice? The authors explore many aspects of food security within the context of a single African crop of major cultural significance ? the white yam.

Food Most Royal is a tribute to those who have worked for over four decades with a crop they cherish. It aims to encourage others to value food resources as a key element in preserving our environment.

Morse, Stephen (2018) Routledge Handbook of Sustainability Indicators, Routledge
This handbook provides researchers and students with an overview of the field of sustainability indicators (SIs) as applied in the interdisciplinary field of sustainable development. The editors have sought to include views from the center ground of SI development but also divergent ideas which represent some of the diverse, challenging and even edgy observations which are prominent in the wider field of SI thinking.
Andries Ana, Morse Stephen, Murphy Richard J., Lynch Jim, Woolliams Emma R. (2019) Seeing Sustainability from Space: Using Earth Observation Data to Populate the UN Sustainable Development Goal Indicators, Sustainability 11 (18) MDPI
DOI: 10.3390/su11185062
In 2015, member countries of the United Nations adopted the 17 Sustainable Development Goals (SDGs) at the Sustainable Development Summit in New York. These global goals have 169 targets and 232 indicators based on the three pillars of sustainable development: economic, social, and environmental. However, substantial challenges remain in obtaining data of the required quality and quantity to populate these indicators efficiently. One promising and innovative way of addressing this issue is to use Earth observation (EO). The research reported here updates our original work to develop a Maturity Matrix Framework (MMF) for assessing the suitability of EO-derived data for populating the SDG indicators, with a special focus on those indicators covering the more social and economic dimensions of sustainable development, as these have been under-explored in terms of the contribution that can be made by EO. The advanced MMF 2.0 framework set out in this paper is based on a wide consultation with EO and indicator experts (semi-structured interviews with 38 respondents). This paper provides detail of the evolved structure of MMF 2.0 and illustrates its use for one of the SDG indicators (Indicator 11.1.1). The revised MMF is then applied to published work covering the full suite of SDG indicators and demonstrates that EO can make an important contribution to providing data relevant to a substantial number of the SDG indicators.