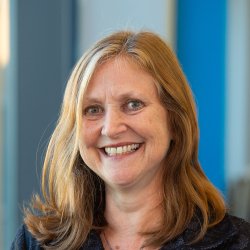 As a broadcast industry professional, I have worked as a freelance TV studio director for over 20 years and have worked for most of the major broadcasters.  Before that I was staff with the BBC and in addition to directing fast paced national news programmes I produced and director live outside broadcasts across the country.   I was lucky to have been a vision mixer, sound mixer, visual effects operator, assistant producer, lighting director, vision control engineer, floor manager and camera person in a a range of departments over my years at the BBC. I had began my career in the BBC as a broadcast engineer and the combination of understanding the technology, engineering and production helped to develop better storytelling and production skills in producing films and documentaries.  With my insight into the latest technology and the integration of IP into the broadcast and film industry I work with our team of staff at the University of Surrey to evaluate the latest broadcast equipment for use on location filming and in the TV studio.  The aim is to maintain a professional environment with broadcast standard equipment and processes.

I produce features and documentaries professionally and maintain many contacts with industry.

Over the last few years I have been working on a new project to create accreditation standards in the television industry which can be attained by any individual.  As a director for the company “Institute for Training in Television Production”, which was formed by industry professional, we have developed the list of keys skills required in our professional field.  The institute has also established greater communication between industry and bodies interested in teaching and training for television with organised event and conferences.  I organised the last conference at Pinewood studios which brought together teachers, lecturers and trainers and TV professionals and employers.  As the project continues to develop the ITTP is now working with International Moving Image Society (IMIS), previously known as BKSTS, which is an accrediting body and has strong links to film and craft skills in our industry.  The partnership continues to develop and I continue to advance the new accreditation for the craft skills in our profession.

Director of Learning and Teaching, Department of Music and Media

I am the Director of Learning and Teaching for the Department of Music and Media, I oversee the quality assurances processes required to deliver the undergraduate and postgraduate programmes in the department.  I am also involved in course development and have been intrinsically involved in the development of the Film and Video Production Technology BSc/BA.  I have previously brought new degrees through the validation process and taken programmes to accreditation with professional bodies.

I am the main coordinator between industry and the placement opportunities for the Professional Training Year which occurs between the 2nd and 3rd taught year of the course.  We have placements at the biggest outside broadcast companies like Arena, the influential  IT  companies for broadcast such as Techex and Studio integrators such as AVMI.  As well as a number of production companies based in Soho and around the world.

Previously I was awarded a Teacher of the Year for embedding professional practice with in the module delivery. I teach modules where students gain practical industry skills and understand the theory behind the technology they will need in their future career.