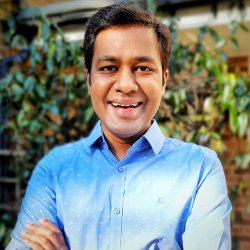 Dr. Vedaprabhu Basavarajappa earned his PhD from the University of Cantabria, Spain in 2018. He obtained his MS from TU Delft, the Netherlands in 2012 in Electrical Engineering with specialization in Telecommunication and his Bachelor degree in Electronics and Communication from Visvesvaraya Technological University, India. He started his career in antenna design and development when he joined as a Project Assistant in the Microwave Laboratory at the Department of ECE, Indian Institute of Science, Bangalore in 2008. He served as Research Assistant at the Antenna and Electromagnetic Modelling group- Fraunhofer FHR in Bonn, Germany where he carried out his Master's thesis. He later joined Powerwave Technologies as Antenna Engineer. Following that he served as Marie Curie Fellow jointly at Queens University Belfast, UK and Bell Labs, Ireland. He worked as an Antenna Engineer at TTI Norte, Spain, as a researcher in the H2020 Marie Curie 5Gwireless ITN and as a PhD candidate at the University of Cantabria, Spain. Following this he was a Postdoctoral Researcher at the Queen Mary University of London, London. He is currently a Postdoctoral Research Fellow at the 5G Innovation Center(5GIC)/ICS in the University of Surrey, Guildford, United Kingdom. He is a Senior Member of IEEE.