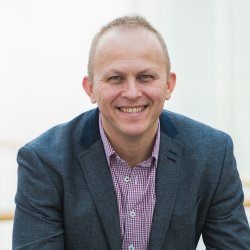 Dr Vlad Stolojan is a Senior Lecturer in Nanomaterials Characterisation, working in the Advanced Technology Institute as part of the Nano-Electronics Centre. He is a member of the Institute of Physics and a fellow of the Royal Microscopical Society.

Dr Stolojan is an author of over 100 peer-reviewed publications and a reviewer for a number of journals (Carbon, Applied Surface Science, Ultramicroscopy, etc.).

PhD Projects are available in:

Institute of Physics (EMAG and The Carbon Group): MInstP.

Fellow of the Royal Microscopical Society. 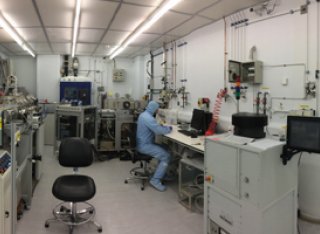 University research points to beginnings of life on earth

Vlad Stolojan, L McCafferty, Simon King, Wei Zhang, S Haq, Ravi Silva (2015)Decoration of multiwalled carbon nanotubes with protected iron nanoparticles, In: Carbon84pp. 47-55 Elsevier
DOI: 10.1016/j.carbon.2014.11.042
A method to simultaneously synthesize carbon-encapsulated magnetic iron nanoparticles (Fe-NPs) and attach these particles to multi-walled carbon nanotubes (MWCNT) is presented. Thermal decomposition of cyclopentadienyliron dicarbonyl dimer [(C5H5)(2)Fe-2(CO)(4)], over a range of temperatures from 250 degrees C to 1200 degrees C, results in the formation of Fe-NPs attached to MWCNT. At the same time, a protective carbon shell is produced and surrounds the Fe-NPs, covalently attaching the particles to the MWCNT and leading to resistance to acid dissolution. The carbon coating varies in degree of graphitisation, with higher synthesis temperatures leading to a higher degree of graphitisation. The growth model of the nanoparticles and subsequent mechanism of MWCNT attachment is discussed. Adsorption potential of the hybrid material towards organic dyes (Rhodamine B) has been displayed, an indication of potential uses as a material for water treatment. The material has also been electrospun into aligned nanocomposite fibres to produce a soft magnetic composite (SMC) with future applications in sensors and fast switching solenoids.
WM Tsang, V Stolojan, BJ Sealy, SP Wong, SRP Silva (2007)Electron field emission properties of Co quantum dots in SiO2 matrix synthesised by ion implantation, In: ULTRAMICROSCOPY107(9)pp. 819-824
DOI: 10.1016/j.ultramic.2007.02.013
In this work, Co ions were implanted into thermally oxidised SiO2 layers on silicon substrates. The implantation energy was 50 keV and the doses were 1, 3, 5 and 7 x 10(16) Co+/cm2. The field emission (FE) properties of these layers were studied and correlated with results from atomic force microscopy and transmission electron microscopy measurements. Other than that for the lowest dose sample, crystallised Co nanoclusters, with sizes ranging from 1.8 to 5.7 nm, are observed in these Co-implanted layers. The higher dose samples exhibit excellent FE properties and give an emission current of 1 nA at electric fields as low as 5 V/microm, for a dose of 5 x 10(16) Co+/cm2, compared with 120 V/microm for the lowest dose samples. We attribute the excellent FE properties of these layers to the formation of Co nanoclusters, with the electrical inhomogeneity giving rise to local field enhancement. Finally, repeatable staircase-like current-field (I-F) characteristics are observed in FE measurements of these higher dose samples as compared to conventional Fowler-Nordheim-type I-F characteristics in the lower dose sample. We believe this data may be a result of Coulomb blockade effects arising from the isolated low-capacitance metal quantum dots formed by controlled ion implantation.
V Stolojan, W Tsang, SRP Silva, AG Cullis, PA Midgley (2008)The Dielectric Properties of Co-Implanted SiO(2) Investigated Using Spatially-Resolved EELS, In: MICROSCOPY OF SEMICONDUCTING MATERIALS 2007120pp. 341-344
F Balon, V Stolojan, SRP Silva, M Michalka, A Kromka (2005)Diamond-like carbon thin films for high-temperature applications prepared by filtered pulsed laser deposition, In: VACUUM80(1-3)pp. 163-167
DOI: 10.1016/j.vacuum.2005.08.019
RD Boyd, TJ Young, V Stolojan (2012)Characterisation of gold nanoparticles and rods using high angle annular dark field imaging, In: JOURNAL OF NANOPARTICLE RESEARCH14(4)ARTN 7pp. ?-? SPRINGER
DOI: 10.1007/s11051-012-0797-5
V Stolojan, P Moreau, MJ Goringe, SRP Silva (2006)Subnanometer-resolved measurement of the tunneling effective mass using bulk plasmons, In: APPLIED PHYSICS LETTERS88(12)ARTN 1pp. ?-? AMER INST PHYSICS
DOI: 10.1063/1.2188593

Superlattices are periodic structures where the constituents alternate between low- and high-bandgap materials; the resulting quantum confinement tailors the resulting device properties and increases their operating speed. Amorphous carbon is an excellent candidate for both the well and barrier layers of the superlattices, leading to a fast and reliable device manufacturing process. We show theoretically and experimentally that, using low energy-loss spatially resolved spectroscopy, we can characterize the component layers of a superlattice. We measure quantum confinement of the electron wave function in the superlattice's wells and calculate the effective tunneling mass for amorphous carbon superlattices as m(*)=0.067m(e). This effective mass makes diamondlike carbon films as feasible candidate for electronic devices.

We present a novel approach, which will potentially allow for low-temperature-substrate synthesis of carbon nanotubes using direct-current plasma-enhanced chemical vapour deposition. The approach utilizes top-down plasma heating rather than conventional heating from a conventional substrate heater under the electrode. In this work, a relatively thick titanium layer is used as a thermal barrier to create a temperature gradient between the Ni catalyst surface and the substrate. We describe the growth properties as a function of the bias voltage and the hydrocarbon concentrations. The heating during growth is provided solely by the plasma, which is dependent only on the process conditions, which dictate the power density and the cooling of the substrate, plus now the thermal properties of the "barrier layer". This novel approach of using plasma heating and thermal barrier allows for the synthesis of carbon nanotubes at low substrate temperature conditions to be attained with suitable cooling schemes.

In this study, we investigate the effect of the inclusion of nitrogen in amorphous carbon thin films deposited by pulsed laser deposition, which results in stress induced modifications to the band structure and the concomitant changes to the electronic transport properties. The microstructural changes due to nitrogen incorporation were examined using electron energy-loss spectroscopy and Raman scattering. The band structure was investigated using spectroscopic ellipsometry data in the range of. 1.5-5 eV, which was fitted to the Tauc Lorentz model parametrization and optical transmittance measurements. The dielectric constant evaluated using optical techniques was compared to that obtained with electrical measurements, assuming a Poole-Frenkel type conduction process based on the best fits to data. The electrical conduction mechanism is discussed for both low and high electric fields, in the context of the shape of the band density of states. By relating a wide range of measurement techniques, a detailed relationship between the microstructure, and the optical and the electrical structures of a-CNx films is obtained. From these measurements, it was found that, primarily, the change in density of the film, with increasing nitrogen pressure, affects the band structure of the amorphous carbon nitride. This is due to the fact that the density affects the stress in the film, which also impacts the localized states in the band gap. These results are supported by density of states measurements using scanning tunneling spectroscopy.

Chemical vapor-synthesized carbon nanotubes are typically grown at temperatures around 600 degrees C. We report on the deployment of a titanium layer to help elevate the constraints on the substrate temperature during plasma-assisted growth. The growth is possible through the lowering of the hydrocarbon content used in the deposition, with the only source of heat provided by the plasma. The nanotubes synthesized have a small diameter distribution, which deviates from the usual trend that the diameter is determined by the thickness of the catalyst film. Simple thermodynamic simulations also show that the quantity of heat, that can be distributed, is determined by the thickness of the titanium layer. Despite the lower synthesis temperature, it is shown that this technique allows for high growth rates as well as better quality nanotubes.

Amorphous-carbon (a-C)-based quantum confined structures were synthesized by pulsed laser deposition. In these structures, electrons are confined in a few nanometer thick sp(2) rich a-C layer, which is bound by the vacuum barrier and a 3 nm thick sp(3) rich a-C base layer. In these structures anomalous field emission properties, including negative differential conductance and repeatable switching effects, are observed when compared to control samples. These properties will be discussed in terms of resonant tunneling and are of great interest in the generation and amplification of high-frequency signals for vacuum microelectronics and fast switching devices.

Pd/Co-based metal-filled carbon nanotubes (MF-CNTs) were synthesized by a microwave plasma-enhanced chemical vapor deposition method using a bias-enhanced growth technique. Pd/Co-based MF-CNTs were analyzed by scanning electron microscopy (SEM), transmission electron microscopy (TEM) electron energy loss spectroscopy (EELS), and Raman spectroscopy. MF-CNTs were well-aligned and uniform in size on a Si substrate. Both multiwall nanotube carbon nanotubes (CNTs) and herringbone (or stacked cups structure) structures were observed. High-resolution TEM revealed that MF-CNTs were composed of highly ordered graphite layers, and the elemental maps of EELS indicate that both Co and Pd metals are present inside the nanotubes. TEM results clearly showed that both Pd and Co metals were successfully encapsulated into the CNTs. We observed a low value for the Raman intensity ratio between D (1355 cm(-1)) and G (1590 cm(-1)) bands with no shift of the G-peak position and no broadening of the G-peak, indicative of high-quality Pd/Co-based MF-CNTs. Based on TEM characterization, we propose a description for the encapsulating mechanisms.