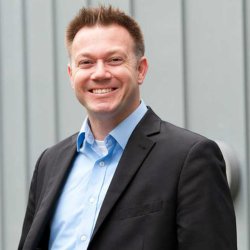 I worked as Programme director of Business Analytics and Acting Head of the Business Transformation Department at the University of Surrey. My research interests are in the area of Applied Mathematics, Operational Research and Business Analytics. I worked on analytics solutions, optimisations and simulation of processes for several companies. Formerly I was a Mathematician at Telekom Austria in the Department of Operations Research. My duties entailed Network Optimisations, Transportation Modelling, and Market Analysis amongst others. One of my major achievements was a mathematical model for a nationwide transition strategy from a copper to a fibre network. At the Defence Technology Centre (DTC) I worked on Agent and Decision Support Systems for MoD funded research. One of the outcomes enabled autonomous Agents to evaluate and act on military effects using Artificial Intelligence (Bayesian Networks). My role as Senior Scientist and Project Manager for Eurobios involved me with key clients such as Serco, Biffa, Unilever, DHL and BP. In this context mathematical solutions for environmental and delivery services were implemented. I am the CEO and founder of Smartana, which offers SMART Analytics solutions and consulting services to businesses. I am/was a member of the Institute for Operations Research and Management Sciences, and the Society for Modelling & Simulation. I earned my PhD in Simulation and Optimisation of Telecommunication processes at the Vienna University of Technology, in the area of Technical Mathematics and Computer Science. 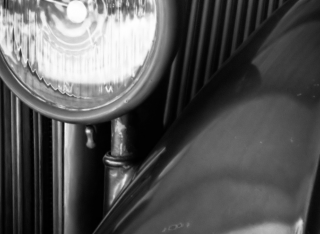 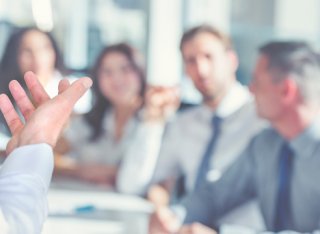 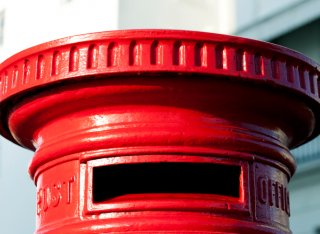 I am looking for PhD students! You should have a strong quantitative background (e.g. mathematics, computer science, physics, etc.). You should be interested in Business Analytics, Artificial Intelligence and/or Management Science (Operational Research).

Please send me a short email to express your interest.

Garn W, Aitken J (2015) Splitting hybrid Make-To-Order and Make-To-Stock demand profiles,arXiv
In this paper a demand time series is analysed to support Make-To-Stock (MTS) and Make-To-Order (MTO) production decisions. Using a purely MTS production strategy based on the given demand can lead to unnecessarily high inventory levels thus it is necessary to identify likely MTO episodes. This research proposes a novel outlier detection algorithm based on special density measures. We divide the time series' histogram into three clusters. One with frequent-low volume covers MTS items whilst a second accounts for high volumes which is dedicated to MTO items. The third cluster resides between the previous two with its elements being assigned to either the MTO or MTS class. The algorithm can be applied to a variety of time series such as stationary and non-stationary ones. We use empirical data from manufacturing to study the extent of inventory savings. The percentage of MTO items is reflected in the inventory savings which were shown to be an average of 18.1%.
Louvieris P, Garn W (2013) Novel conditional probability generation methods for high reliability effects-based decision making, Decision Support Systems
Garn W, Aitken J (2013) Production scheduling in the food industry,
In this paper we study the optimality of production schedules in the food industry. Specifically we are interested whether stochastic economic lot scheduling based on aggregated forecasts outperforms other lot sizing approaches. Empirical data on the operation?s customer side such as product variety, demand and inventory is used. Hybrid demand profiles are split into make-to-order (MTO) and make-to-stock (MTS) time series. We find that the MTS demand aggregation stabilizes, minimizes change-overs, and optimizes manufacturing.
Garn W (2010) Issues in Operations Management, Pearson
This book explores a set of critical areas of Operations Management in depth.
The contents covers topics such as:
- Waiting Line Models (e.g. Multiple Server Waiting Line)
- Transportation and Network Models (e.g. Shortest Route)
- Inventory Management (e.g. Economic Order Quantity model)

This will enable the reader:
- To increase the efficiency and productivity of business firms
- To observe and define ?challenges? in a concise, precise and logical manner
- To be familiar with a selected number of classical and state-of-the art Management Science methods and tools to solve management problems
- To create solution models, to develop and create procedures that offer competitive advantage to the business/organisation
- To communicate and provide results to the management for decision making and implementation

One country in the region where this problem is particularly visible, and which has been heavily scrutinised by the ILO and implementation partners in particular for having high concentrations of what is referred to in the donor lexicon as Worst Forms of Child Labour (WFCL) is Ghana. A major focus of these assessments is artisanal and small-scale mining (ASM), low-tech, labour-intensive mineral extraction and processing which, throughout Ghana and most other areas in sub-Saharan Africa, is mostly poverty-driven, providing employment to otherwise incomeless families. The campaign spearheaded by the ILO under the auspices of the WFCL agenda to eliminate child labour from ASM in Ghana and the wider sub-region builds a case around how young boys and girls carry out arduous work and are generally being exploited at sites.

Recent research, however, has revealed that the child labour ?problem? in Ghana and rural sub-Saharan Africa more broadly is far more nuanced than has been diagnosed by donors. The ASM sector is no exception: research undertaken over the past decade has shown that the growth of its activities linked to a wider de-agrarianisation process ? specifically the movement of rural families into the nonfarm economy, in response to the inability of agriculture to sustain, fully, their economic needs ? to which the child labour ?problem? diagnosed is inextricably linked. Specifically, the ASM sector, being the region?s most important rural nonfarm activity, has become a popular ?off farm? destination for hundreds of thousands of families and other jobless masses. This movement has naturally contributed to the increased ?presence? of children at artisanal mines, where, contrary to the position of donors, work undertaken rarely extends beyond tasks similar to those carried out on family farms. The case of Ghana, the location of one of the largest and more dynamic ASM economies in sub-Saharan Africa, illustrates this very clearly.

The aim of this thesis is to build on these observations by engaging more critically with the main debates on child labour with a view to articulating more comprehensively why children are pursuing ?hazardous? work in ASM camps across the region. It does this by analysing key policy documents, conducting observations and semi-structured interviews with policymakers, non-governmental organisations (NGOs), community leaders, educators, parents and children. Together, these sources of information broach a rich range of issues for analysis and allow for the exploration and construction of broader discourses in connection with the main themes and theories of this research study.

This thesis provides a more comprehensive picture of the child labour phenomenon in rural sub-Saharan Africa. Findings suggest that many of the so-called ?exploited? children in ASM are engaging in what ILO officials themselves would consider light work akin to the chores countless young African girls and boys perform on family farms; that children?s earnings are being used to alleviate the economic hardships of their households but that work is generally taking place outside of school hours and during school vacations; and that for some children, the sole motivation for working at mines is to generate sufficient money to pay for school fees.
Overall, the research study informs debates on child labour, education and family hardship