Evaluating the benefits of community based aerobic training on the physical health and well-being of people with neuromuscular diseases: A pilot study 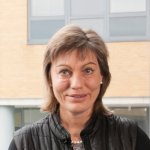 Professor of Cognitive Neuroscience and Neuropsychology

Annette studied Psychology and Biology at the University of Konstanz where she obtained her PhD in 1998. She was a lecturer (2000-2002) and reader (2002-2003) in the School of Psychology at the University of Liverpool before she joined the University of Surrey as a chair in Cognitive Neuroscience in 2003. She was head of Psychology from 2008-2011, served as associate dean international from 2009-2011, and headed the Section for Brain Sciences from 2017-19.  Her work was/is funded by the German Research Foundation, the Human Frontier Science Project, cNPQ, FAPSEP, MRC, ESRC, and EPSRC as well as the British Academy, Royal Society and Department of Defence. Annette’s work focusses on the investigation of brain function, and how we can harness the brain’s capacity for plasticity. She is particularly interested in exploring these questions in natural settings, and the community.