An engineering technician and local resident who has worked at the University for almost 38 years received a 'Lifetime Achievement Award' at Eagle Radio's 2017 Local Heroes Awards. 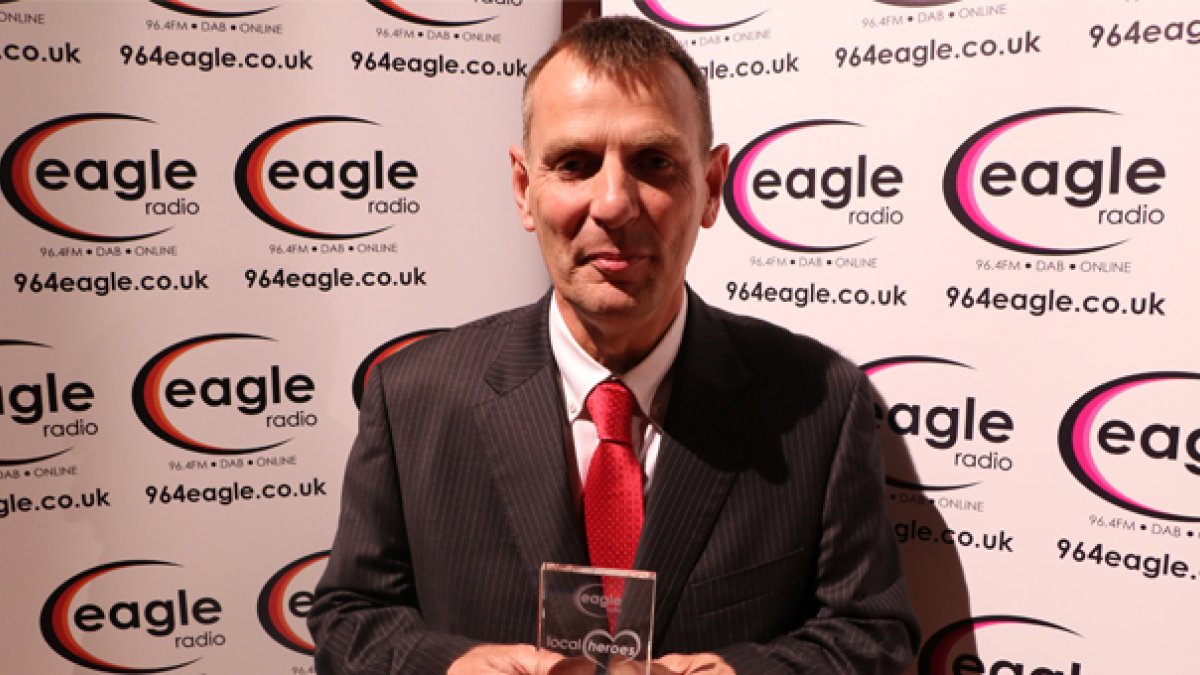 Engineering technician at the University of Surrey, David Fishlock won the award at G Live on 21 September after being nominated by University colleagues who praised his generosity, dedication and resilience, as well as his kindness and compassion for others.

For almost 38 years, David has balanced the demands of working full time for the University, being a retained fireman for Surrey Fire and Rescue Service, and volunteering as a scout leader in Godalming. Despite his busy schedule, he has found time to give fire safety advice to the local community, organise aid collections for people suffering in the Philippines and Syria, and join five convoys taking humanitarian aid to Kosovo, where he has also completed two community projects for women and children in need.

As well as volunteering at Hydestyle Wildlife Hospital on Sunday mornings for the past 10 years, David has organised a number of fundraisers, running the London Marathon to generate £5,000 for the baby charity Tommy's and organising fun runs, coffee mornings and car washes in aid of the Royal Marsden Hospital.

Liz James, Research Manager at the University’s Centre for Vision, Speech and Signal Processing, said: “Dave gives himself tirelessly and selflessly to the community despite the fact that he has been battling with multiple myeloma for over six years. He is a very generous contributor to others both in his role at the University and in his commitment to supporting those in need here in the UK and internationally.”

Sophie Patterson, colleague in the Faculty of Engineering and Physical Sciences, added: “Dave has never thought of himself before others; even with his own health limitations, he has contributed more than anyone I know. It shows what a wonderful, caring and exceptional man he is and truly needs to be recognised for all he has done for the community, charities and us here at the University.”

Eagle Radio’s Local Heroes Awards were launched six years ago to celebrate the unsung heroes of Surrey and Hampshire. Each year, 11 awards are given out to ‘heroes’ in categories ranging from teaching, volunteering and sports.

Find out more about this year's winners.