Increased levels of exercise could help reduce frailty in patients with the most common form of leukaemia, chronic lymphocytic (CLL), according to new research from the University of Surrey. The discovery of a link between frailty and 'good cholesterol' (high-density lipoprotein (HDL)) could help identify people most at risk. 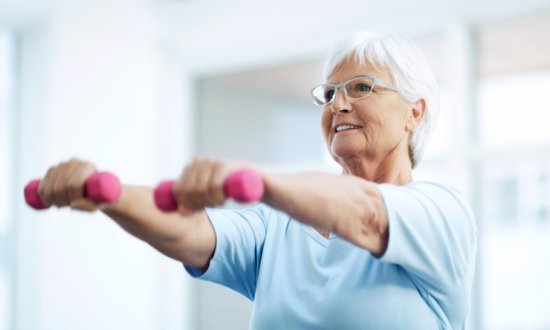 In the first study of its kind, researchers from the University of Surrey and Duke University Medical Center found that higher levels of the HDL were directly associated with better physical fitness amongst patients, reducing their risk of frailty. Known factors that increase levels of HDL are a healthy diet and increased physical activity and exercise.

CLL is a type of cancer associated with a decline of major bodily systems, which decreases survival rates due to risks of infection, hospitalisations, and secondary malignancies.  Such risks are heightened by low physiological fitness that predisposes patients to higher risks of frailty, which is in turn predictive of poor survival rates in those with CLL.

Dr David Bartlett, Lecturer in Exercise Immunology at the University of Surrey and Assistant Professor in the Department of Medicine at Duke University Medical Center, said:

"Physical decline is more common in those with chronic lymphocytic leukaemia compared to any other blood cancer, suggesting that it is the likely cause of such deterioration. Stopping or even slowing down this physical decline will reduce the risk of frailty in a patient and improve their chance of survival.

"It is important that we identify those at risk and give them the support they need; however, until now, we have had no way of knowing this."

It was also found that higher levels of citrate and lower levels of haemoglobin in the blood were more likely to be found in patients with poor physical health.

Researchers also found that patients who had been living with the disease for many years and those who had received treatment had a higher likelihood of low aerobic fitness and function, predisposing them to an increased risk of frailty.

Dr Bartlett added: "High-density lipoprotein removes cholesterol and brings it back to the liver. When its levels are low, cholesterol is utilised by the cancerous cells, increasing the risk of developing a secondary ailment and lowering the chances of survival.

"One simple way of raising levels of good cholesterol in the body is via exercise. With this information, we can monitor levels in chronic lymphocytic leukaemia patients and provide support to those who need it."

This study was published in the journal Frontiers in Oncology