Esteemed academic and broadcaster Professor Jim Al-Khalili has been rewarded for his outstanding contribution to the public understanding of science, with an Honorary Fellowship from the Institution of Engineering and Technology (IET). 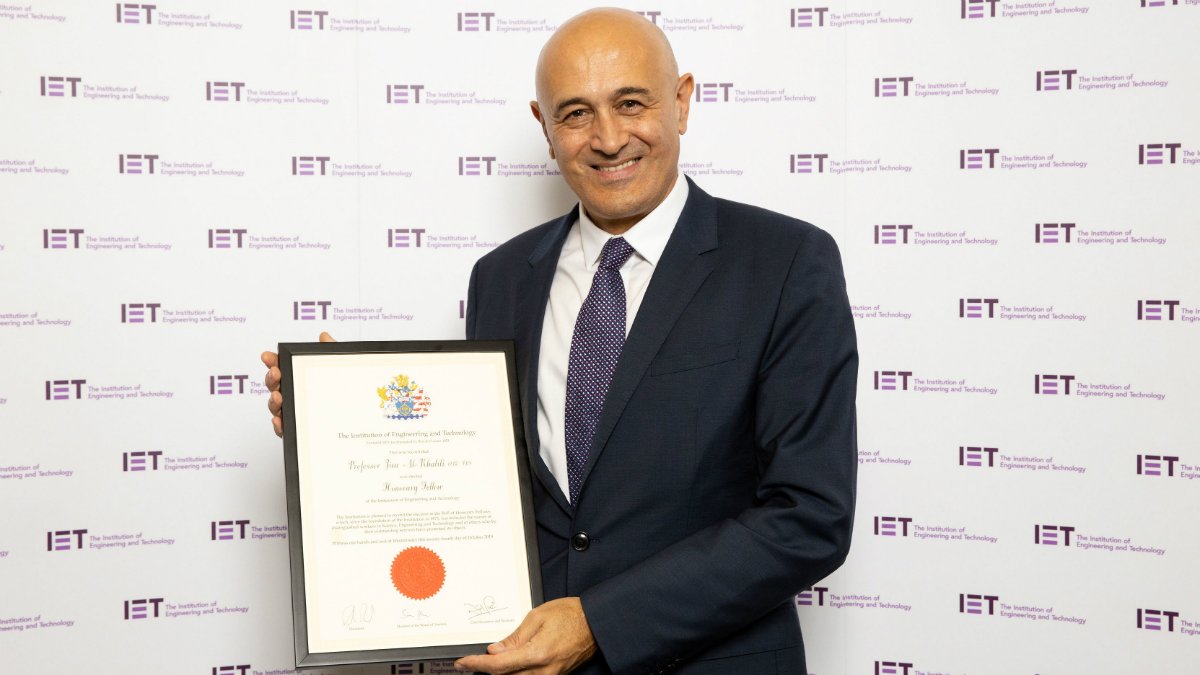 Jim Al-Khalili OBE FRS is an academic, author and broadcaster. Since 2005, he has held a joint chair in physics and in the public engagement in science at the University of Surrey, where he teaches and conducts research in theoretical physics.  He received his PhD in nuclear reaction theory in 1989 and has published widely in the field.  His current interest is in the foundations of quantum mechanics and quantum biology.

Jim is a prominent author and broadcaster.  He has written 12 books, between them translated into over twenty languages, mostly on popular science and the history of science.  His book, Pathfinders: the golden age of Arabic science, was shortlisted for the Warwick Prize in 2013, while Life on the Edge: the coming of age of quantum biology was shortlisted for the 2015 Royal Society Winton Prize.

Jim is a regular presenter of TV science documentaries, on subjects such as chemistry, electricity and artificial intelligence.  For the past eight years he has presented the award-winning weekly BBC Radio 4 programme, The Life Scientific.

On receiving his Honorary Fellowship, Jim Al-Khalili, Distinguished Chair, Professor of Physics and Professor of Public Engagement at the University of Surrey, said: “My father, brother and son are all engineers, so I feel I have now finally joined their ranks, if only as an honorary engineer. I have a long association with the IET and this accolade fills me with pride.”

Dr Peter Bonfield OBE, IET President, said: “We are honoured to present these talented individuals with our Achievement Awards and Honorary Fellowships. They have each excelled in their professions and have made a vast contribution as pioneers of important areas in the engineering and technology industries. They should all be very proud of their achievements – with each award being extremely well-deserved.”

Jim is a board member of CaSE (The Campaign for Science and Engineering), a trustee and honorary fellow of the Institute of Physics and sits on the judging panel of the Queen Elizabeth Prize for Engineering.  He is a recipient of the Royal Society Michael Faraday medal, the Institute of Physics Kelvin Medal and the Stephen Hawking Medal for Science Communication.  He received an OBE in 2007 for services to science and was elected a fellow of the Royal Society in 2018.