Researchers have developed a revolutionary method to intricately grow some of the world’s most exciting nanomaterials – graphene and carbon nanotubes (CNT). 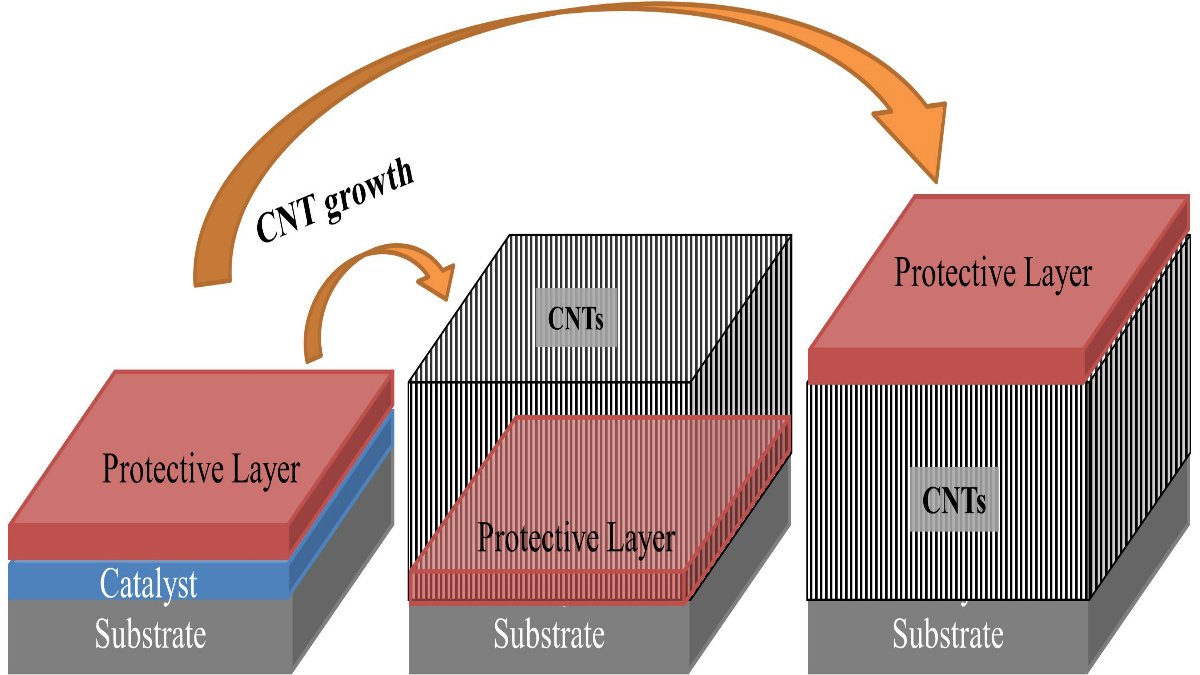 When curved and rolled into cylinders, thin graphene layers form CNT structures which can be a thousandth of the diameter of human hair. Both graphene and CNTs possess extraordinary properties such as extreme electrical conduction, or 100 times the strength of high tensile steel. Although widely regarded as the key to developing various future technologies such as batteries and supercapacitor, growth of graphene and CNTs are plagued with environmental ‘poisoning’ to the catalyst which causes poor conductivity and reliability issues.

In a paper published by the journal Carbon, researchers from the University of Surrey detail their new method for covering the catalyst by using a protective layer that is configured to allow carbon diffusion and therefore can be used to protect the catalyst from environmental contamination. The technique allows the catalyst to be transported, stored or accurately calibrated for future use.

Professor Ravi Silva, Director of Advanced Technology Institute at the University of Surrey, said: “The protective catalyst technique provides a breakthrough in terms of usability and industrial applicability of carbon nanomaterials. For example, the poisoning of the catalyst by environmental contamination such as oxidation and unwanted etching of the thin catalyst film during reactive ion etching or wet-etching can now be prevented.”

Lead author of the study, Dr Muhammad Ahmad from the University of Surrey, said: “The age-old problem of poor attachment of the carbon nano-materials to the substrate has now been solved using this unique technique. By fine tuning the thickness of the protective layer, accurate control of the carbon supply to the catalyst is achieved to grow selected numbers of graphene layers or precise CNT films.”

“We hope that our research will free fellow scientists to unlock the incredible potential of carbon nanomaterials and I would not be surprised to see advances in areas such as sensor, battery and supercapacitor technologies in the very near future.”