One of two Surrey computer science undergraduates to have been shortlisted in a global video game design competition, Annabel Taylor has been ranked in the top five of over 200 entries. 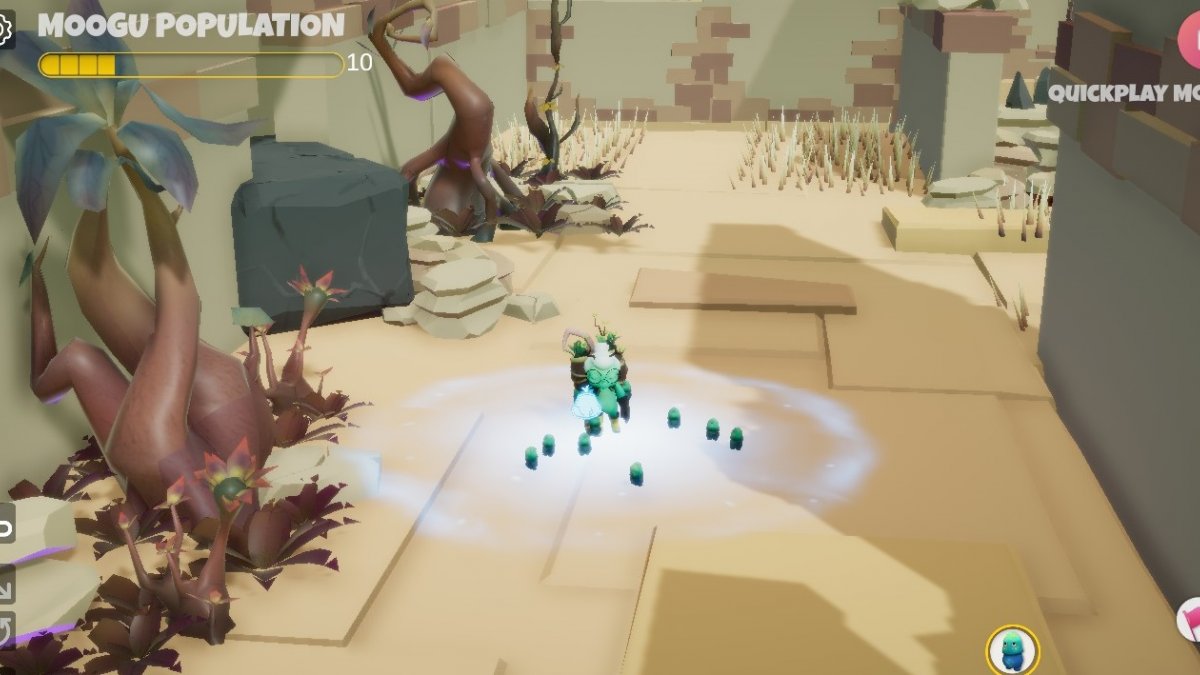 Annabel Taylor and Xenia Christofi, who are both studying on Surrey’s BSc (Hons) Computer Science, entered the international competition run by small games studio Stitch Media in February. They were challenged to design levels for a new indie 3D action game, Terrorarium, in which ‘The Gardener’ goes on an intergalactic journey.

Battling against over 200 talented game design students and recent graduates, Xenia’s entry was shortlisted in the top 40 entries while Annabel was named one of five finalists.

As a finalist, Annabel’s level design will be included in Terrorarium when it is launched, with her name in the credits. She has received personalised feedback from the judging panel of game industry professionals, as well as a Nintendo Switch with a copy of the new game. Annabel also got the chance to take part in a Twitch livestream on 12 June, alongside Stitch Media, which showcased the winners’ efforts.

In designing her level, ‘The Ruins’, Annabel said: “When initially thinking about my level design, the idea of having The Gardener solve puzzles to escape a tower was one I couldn’t get out of my head."

"Inspired by my love of the old Tomb Raider games, I set out to make a level themed around the old booby-trapped filled ruin. To make the puzzles challenging I spent a long time pushing the level editor to its limits to see what I could get away with while making sure the level could still be completed.”

Xenia’s design, ‘Turnback Forest’, made use of hidden paths and misdirection to create the impression of an adventure to hunt for the end of the forest. Her level challenged novice and experienced gamers alike to think outside the box and reconsider their first impressions.

Xenia commented: “Taking part in the competition was not only an enjoyable experience but also gave us an insight into game design and development. Having close contact with a small games studio has been really useful in gaining an understanding of the video games industry and giving us real experience in the field.”

Stella Kazamia, Teaching Fellow in the Department of Computer Science, said: "Huge congratulations to both Annabel and Xenia for their recent success at Stitch Media’s competition. I hope that this will inspire and encourage other students in Computer Science to participate in similar opportunities in the future. A special shout out to Annabel for being a finalist, and for securing her own designs in Terrorarium. This is a great personal achievement! The game will be released later this summer and I really cannot wait to play 'The Ruins' level that Annabel designed."

Discover our courses in computing science, including our BSc (Hons) Computer Science.