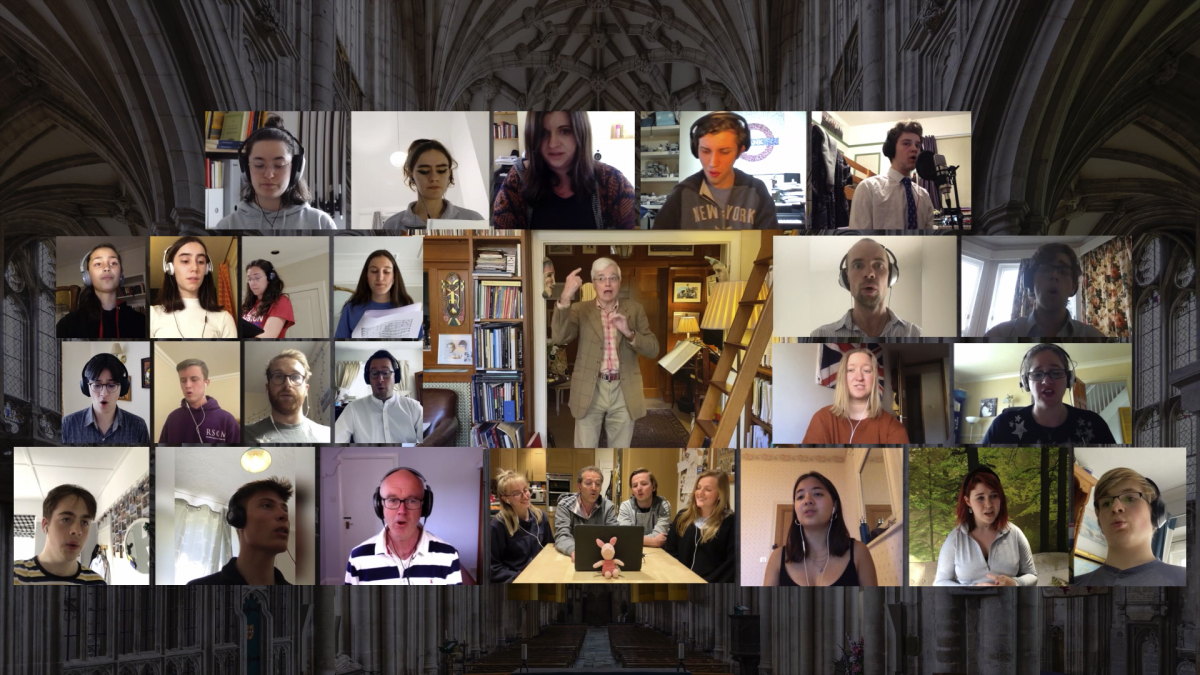 From a single Tonmeister student supporting the Rodolfus Foundation, to a collaboration of over 950 audio and video submissions featuring 250 singers, musicians and worshippers from 20 countries around the world, Alex James’ Virtual Evensong currently has 33k views on Youtube and has received attention from national classical music critics at The Telegraph, Classic FM and BBC Radios 2 and 3.

The Rodolfus Foundation exists to promote the joy of music in inspiring buildings to educate young people from all backgrounds in choral singing and musicianship. Alex joined the Rodolfus Choir in 2016, and after participating in multiple events he built a friendship and rapport with the musical director of the Foundation, Ralph Allwood. Ralph initially approached Alex to help them produce a single piece of music, having seen Alex in action during rehearsals for their recent New Year’s concert. The idea soon turned into an extensive project, with Ralph’s large network of cathedral organists, musical directors and singers spreading the word quickly around their communities.

The Virtual Evensong premiered on the 19 May and includes contributions from Stephen Fry, Sir Simon Russell Beale, Alexander Armstrong, Reverend Richard Coles and VOCES8. The live stream was watched by just under 4,000 people and the video has since had over 33k views on Youtube. Alex has given up hundreds of hours to produce it for free from the comfort of his living room, currently on a placement year at Chandos Records. Calling on the help of a friend, Matt Norriss, to do the video editing, they’ve spent many hours on Zoom calls where they’ve been producing the videos via screen share and annotations. “At one point toward the end of the project we pulled an all-nighter to finish every aspect of the final video off, and we were on the phone non-stop for nearly 27 hours!” comments Alex.

Due to the pandemic, the Foundation are not able to run their annual Choral Courses so have lost a huge portion of their income. The project was in association with Friends of Cathedral Music who are raising money for the Cathedral Choirs' Emergency Fund. They’ve helped to raise nearly £13,000 through public and private donations to help the Rodolfus Foundation, and an additional £9,000 to help the Cathedral Choirs' Emergency Fund, who are now just over £800,000 of their £1m target.

Alex shares his thoughts on his experience on the project: “The whole thing has been a huge learning curve for me and I had to take on a lot of inter-personal skills when I was put in touch with the likes of Stephen Fry and the Reverend Richard Coles, as well as the hundreds of people taking part. I didn't know how large this would become but it's been an absolute pleasure working to unite so many people!”

In the wake of this giant project Alex has been recognised in a glowing review in The Telegraph by classical music critic, Ivan Hewett. English composer and conductor John Rutter CBE wants to add Alex to a list of editors that he recommends people contact if they intend to create projects such as this with their own choirs.

It truly is an incredible service, made even greater from the experience of Stephen Fry reading the timeless story of David and Goliath. Alex hopes that it’ll introduce more people to the wonders of the religious tradition of Choral Evensong that has transcended hundreds of years, particularly combined with technology that wasn’t available ten years ago.