The University has been awarded £1 million to establish the world’s first doctoral training Centre for Quantum Biology. 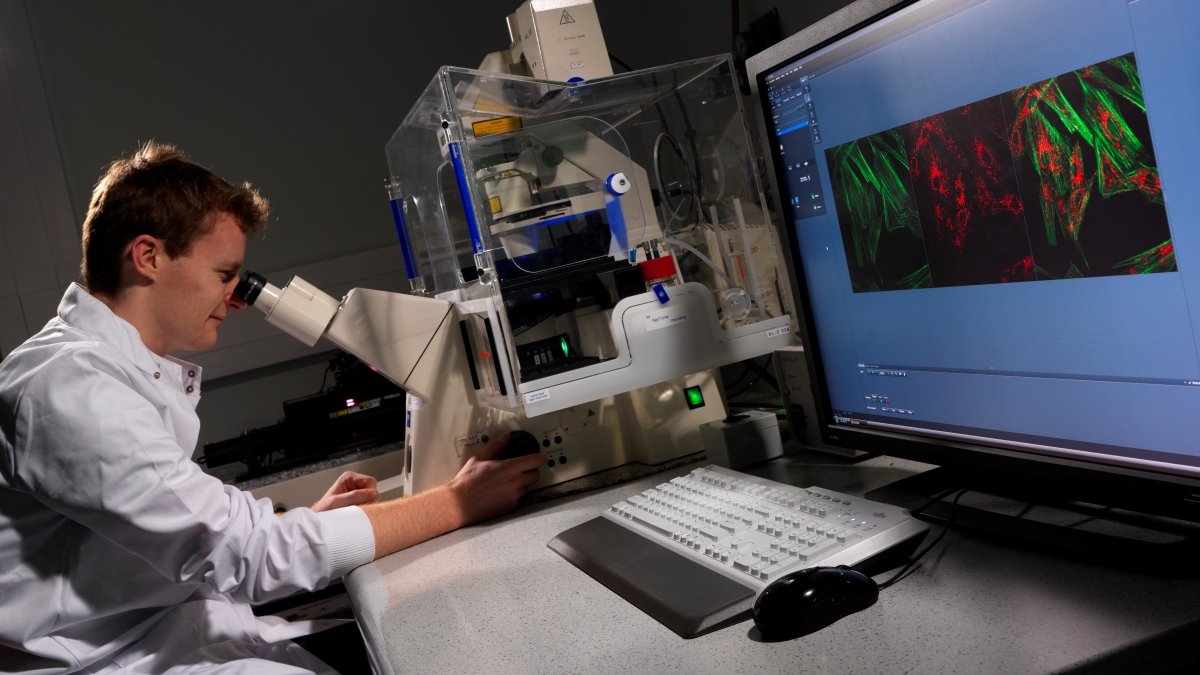 The Centre, which will be headed by Professors Johnjoe McFadden and Jim Al-Khalili, will train a new generation of scientists with the skills needed to study and exploit the quantum underpinnings of life.

The award from the Leverhulme Trust will recruit up to seven PhD students each year for the next three years to create a new generation of scientists who can operate across multi-disciplinary boundaries: biology, biochemistry, physics, mathematics and computer science.

Quantum mechanics is the study of the tiniest particles of matter, such as protons, electrons or photons, which defy the logic of the visible world. Particles can be in two, or 200 places, at once, possess spooky connections, or travel through otherwise impenetrable barriers.

Originally, these weird aspects of quantum mechanics were thought to be relevant only to the tiniest particles of matter and did not play a role in anything big enough to see. But one of the founders of quantum mechanics, Erwin Schrödinger, claimed that living organisms are different because their observable behaviour depends on the position and motion of individual protons and electrons inside molecules such as DNA.

Schrödinger proposed that life dips into the weird quantum world to help keep us alive. Although for half a century, scientists were sceptical of Schrödinger’s claim, experiments in the last two decades have discovered that quantum mechanics really does play a key role in life.

Professor JohnJoe McFadden, said: “Quantum biology may lead to new approaches to solar energy, new drugs or new diagnostics and may even hold the key to building revolutionary new quantum computers that could far out-perform even the most advanced of today’s computers.

“Quantum biology may also provide insights into how our brain works and even what our thoughts are made of, or provide a new understanding of the fundamental difference between living and inanimate matter. Research is currently scattered and lacks dedicated scientists and established research foci. This new interdisciplinary science requires expertise from many fields.”

Professor Jim Al-Khalili is Co-Director of the Centre, and also Professor of Public Engagement in Science. He said: “A novel aspect of the Centre is that it will also exploit cutting-edge technologies, such as nanotechnology or synthetic biology to study quantum biology. For example, studying quantum mechanics of photosynthesis is difficult inside living cells or even in test tubes so members of the team will attach chlorophyll molecules to carbon nanotubes so that the systems for energy capture can be studied more effectively.

“Another example is bird navigation. It has been shown that the European robin appears to use quantum entanglement – the ability of distant particles to retain ‘spooky’ connections – to navigate around the globe. But the robin is not an easy experimental model so the scientists will be using synthetic biology tools to move the bird’s compass into the much more tractable fruit fly, which has been the favourite animal of geneticists for more than a century. Once in the fruit fly, the genes involved in the compass can be manipulated to discover how the system works.”

Two years ago, McFadden and Al-Khalili wrote the first popular science book to describe this exciting and revolutionary new science: Life on the Edge: The Coming of Age of Quantum Biology.