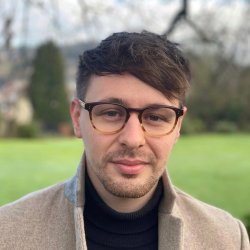 In the 20th century, technology rapidly improved as a result of the first quantum revolution, which utilised properties of quantum mechanics to produce devices such as transistors and lasers that have gone on to shape the modern world. We are currently on the cusp of a second quantum revolution, where previously unexploited quantum phenomena will lead to new and exciting technological capabilities. Arguably the most notable of which is in the field of quantum photonics, where the properties of single photons (SP) can be utilised for applications in areas such as quantum key distribution, quantum computation, and medical imaging and sensing.

In order to realise this potential, it is necessary to develop efficient photon detectors, both linear and non-linear photonic circuits, and SP sources. Whilst significant progress has been made in detection and circuits, on-demand SP sources have thus far limited the rate of progression of the field.

Most current experiments involving SP are conducted using spontaneous parametric down-conversion. Here, a non-linear crystal is used to convert a small fraction of the incident pump beam into pairs of SP with different trajectories. The detection of one photon is then used to "herald" the existence of another, which can then be used for the desired application. However, in recent years there has been significant effort to produce solid-state SP emitters in an attempt to make the photon generation near-deterministic. The most efficient devices thus far are based on Stranski-Krastanov quantum dots (QDs) coupled to optical cavities.

The aim of this project is to develop a micro-photoluminescence set up for optical analysis of single quantum dots, and subsequently design highly-efficient SP emitters to be characterised using this technique. By incorporating a capability for marking spatial positions of QDs, photonic crystal structures will be milled around the dot forming a cavity to improve both the SP collection efficiency, and also the indistinguishability of the produced photons. The effect of Bi and N implantation into the devices will be tested, with an aim to shifting emission into different wavelength regimes of the infrared, targeting telecommunications and medical sensing applications.