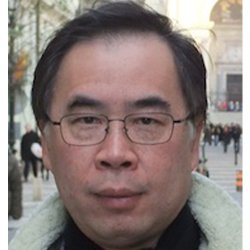 Tony led the department in achieving overall improvement in teaching quality in a positive trajectory from 26th in 2011 to 8th in 2016 ranked by the Guardian League Table, maintaining its poistion in the top quartite band of over 100 UK universities.

As Head of Department, Tony was instrumental and served as a leading core member of the International team that successfully won the bid to host the flagship IEEE International Conference on Acoustics, Speech and Signal Processing (ICASSP) 2019 in Brighton, UK. This successful event attracted almost 3000 international delegates across the globe.

Prior to becoming an academic, Tony first worked in various senior technical/management positions in industry for 11 years in the UK and Canada. His first job was at ERA Technology, first as senior engineer and then principal engineer, where he actively involved in the research and development of target detection and identification algorithms for a pioneering subsurface radar system for plastic anti-personnel and anti-tank mine clearance in the Falklands.

He moved to Vancouver, Canada in 1987 and worked as a Project Leader for MacDonald Dettwiler and Associates (MDA), involved in the delivery and installation of a satellite remote sensing image processing system for application in forestry monitoring and classification.

From 1994 to 2005, he was a senior lecturer and then associate professor at Nanyang Technological University (NTU), Singapore. While at NTU, he co-founded and became CEO of DataMark Technologies (DMT) in 1998, a company specialised in digital watermarking and steganography. DMT later became a subsidiary of Singapore Technologies Engineering, one of the largest engineering companies listed on the stock exchange in Singapore.

This research enterprise led to Tony winning the prestigious Institution of Engineering and Technology (IET) under the security category for his research and commercialization work on digital watermarking in 2006.

Tony has published more than 180 articles in international journals and conference proceedings including 8 international patents granted related to watermarking and steganography. He is co-editor of a book on "Handbook of Digital Forensics of Multimedia Data and Devices" published by IEEE Press/Wiley in September 2015.

He was external examiner (2013-2016) for the University of Mauritius for their BSc Computer Science programmes and external examiner for Coventry University for their BSc Business Information Technology programme (2016 - 2020). He served as General Co-Chair for the 5th International Symposium on Security and Privacy in Social Networks and Big Data (SocialSec 2019) in Copenhagen, Denmark in July 2019 and served as General Co-Chair for the 2nd International Workshop on Attacks and Defenses for Internet-of-Things (ADIoT 2019) in Luxembourg in September 2019.

In his spare time, Tony enjoys travelling, playing badminton and golf as well as learning to play the guitar.