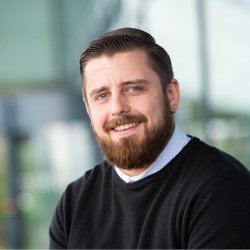 My work focuses on the development of anthelmintic resistance in Ascaris. Ascaris are parasitic roundworms that inhabit the small intestines of humans and pigs. there are approximately 1 billion people infected with Ascaris with the majority of these being in the developing world. Ascariasis is the disease caused by infection from these parasites and is listed as a neglected tropical disease (NTD). I have been investigating the beta-tubulin genes and the role that they play in the development of drug resistance. Using genomic assemblies I have identified the beta-tubulin genes and their expression profiles and used in silico methods to model how mutations in these genes can alter drug interactions and lead to resistance.