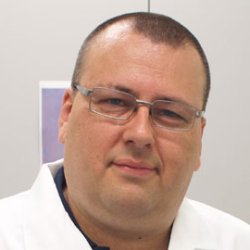 Arnoud graduated in 1991 from Utrecht University, The Netherlands, studying Medical Biology. He obtained his PhD in 1995 from the Veterinary Microbiology department of the Utrecht University, working on molecular characterisation and detection of the tick-borne ruminant pathogen Cowdria (Ehrlichia) ruminantium. For his postdoc, he moved to the Department of Genetics of the University of Leicester, UK, working on gene regulation and virulence of the zoonotic foodborne pathogen Campylobacter jejuni.

He then obtained a personal fellowship in 1999 from the Dutch Organisation for Scientific Research (NWO) to work on metal metabolism, gene regulation in the human gastric pathogen Helicobacter pylori, first at the Vrije Universiteit Amsterdam, and subsequently as lecturer at the Erasmus MC-University Medical Center in Rotterdam. In 2007, he took up a position as Research Leader at the Institute of Food Research, Norwich, UK, where he has led a research group focusing on the foodborne pathogens Campylobacter and Listeria, combining microbiology, molecular biology, genomics and other 'omics with bioinformatic technologies, to understand the processes allowing these bacteria to survive in the food chain and cause illness.

Arnoud had joined the Surrey Vet School as Senior Lecturer in Veterinary microbiology in October 2016. 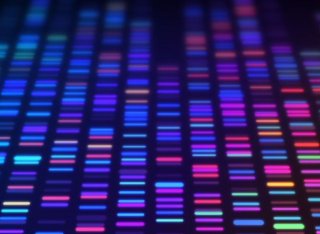 Training scientists to use genomics programs

Campylobacter: transmission from farm to fork

Intestinal infectious disease is a major health problem around the world. The bacterial zoonotic pathogen Campylobacter is a common cause of diarrhoeal illness in the developed world, with EFSA estimating an annual incidence of up to 20 million cases of campylobacteriosis in the EU. Despite strong biosecurity measures, Campylobacter is able to persist in the agricultural environment and colonize poultry and farm animals, and is subsequently transmitted via the food chain. While easy to kill in laboratory conditions, Campylobacter is a resilient pathogen that has been able to adapt to changes in agricultural practice and food preparation. Our research looks at the role of biofilms in the transmission and persistence of Campylobacter, and investigates the role of genetic diversity between isolates, with the ultimate aim of identifying targets for detection/treatment/vaccination.

Genome sequencing is transforming biology, and has become a leading technology in typing and epidemiology of microbial pathogens, and is likely to stay of prime importance in years to come. However, the datasets produced are large, the software used often lacks a user-friendly interface, often causing "data overload" for those not experienced working with such large datasets. Next to new genome sequences from projects, surveillance programs in different countries have resulted in public availability of large collections of genome sequences of bacterial pathogens, but many of these genomes are not further analysed for possible virulence markers, antimicrobial resistance genes or possible vaccine candidates for relevant veterinary and zoonotic infections. These collections of genome sequences, or subsets of them will be analysed by different bioinformatic and comparative genomics techniques, and coupled to epidemiological data such as isolation source, year, geographic location and disease outcome. The aim will be to find genes or gene clusters associated with such epidemiological data, and postulate hypotheses explaining these links.

Antimicrobial resistance (AMR) is now recognised as one of the major challenges and threats to human and animal health, especially with a lack of new antimicrobials in the pipeline. One of the applications of the comparative genomics is in the identification of possible targets for antimicrobial treatment, as well as predict and monitor the possible development of resistance. This will assist surveillance of AMR and development of new and alternative treatments. We wil also investigate the role of mobile genetic elements in the transfer of AMR and phage resistance systems.

I supervise on the PhD Veterinary Medicine and Science course.

I teach on the BVMSci (Hons) Veterinary Medicine and Science course.

I teach on the MSc Veterinary Microbiology course.

Salmonella enterica is a significant foodborne pathogen, which can be transmitted via several distinct routes, and reports on acquisition of antimicrobial resistance (AMR) are increasing. To better understand the association between human Salmonella clinical isolates and the potential environmental/animal reservoirs, whole genome sequencing (WGS) was used to investigate the epidemiology and AMR patterns within Salmonella isolates from two adjacent US states.

WGS data of 200 S. enterica isolates recovered from human (n = 44), swine (n = 32), poultry (n = 22), and farm environment (n = 102) were used for in silico prediction of serovar, distribution of virulence genes, and phylogenetically clustered using core genome single nucleotide polymorphism (SNP) and feature frequency profiling (FFP). Furthermore, AMR was studied both by genotypic prediction using five curated AMR databases, and compared to phenotypic AMR using broth microdilution. Core genome SNP-based and FFP-based phylogenetic trees showed consistent clustering of isolates into the respective serovars, and suggested clustering of isolates based on the source of isolation. The overall correlation of phenotypic and genotypic AMR was 87.61% and 97.13% for sensitivity and specificity, respectively. AMR and virulence genes clustered with the Salmonella serovars, while there were also associations between the presence of virulence genes in both animal/environmental isolates and human clinical samples.