Following this, in 2021 Charlotte received MSc Mathematical and Theoretical Physics from the University of Sheffield, writing a literature review on "Two Dimensional Quantum Field Theories" under the supervision of Professor Elizabeth Winstanley and a thesis on "Paradoxes of the Quantum Aspects of Black Holes: Approaching Quantum Gravity through the Firewall Paradox" under the supervision of Dr Kento Osuga and Dr Andrea Brini.

Isoniazid and its radical form 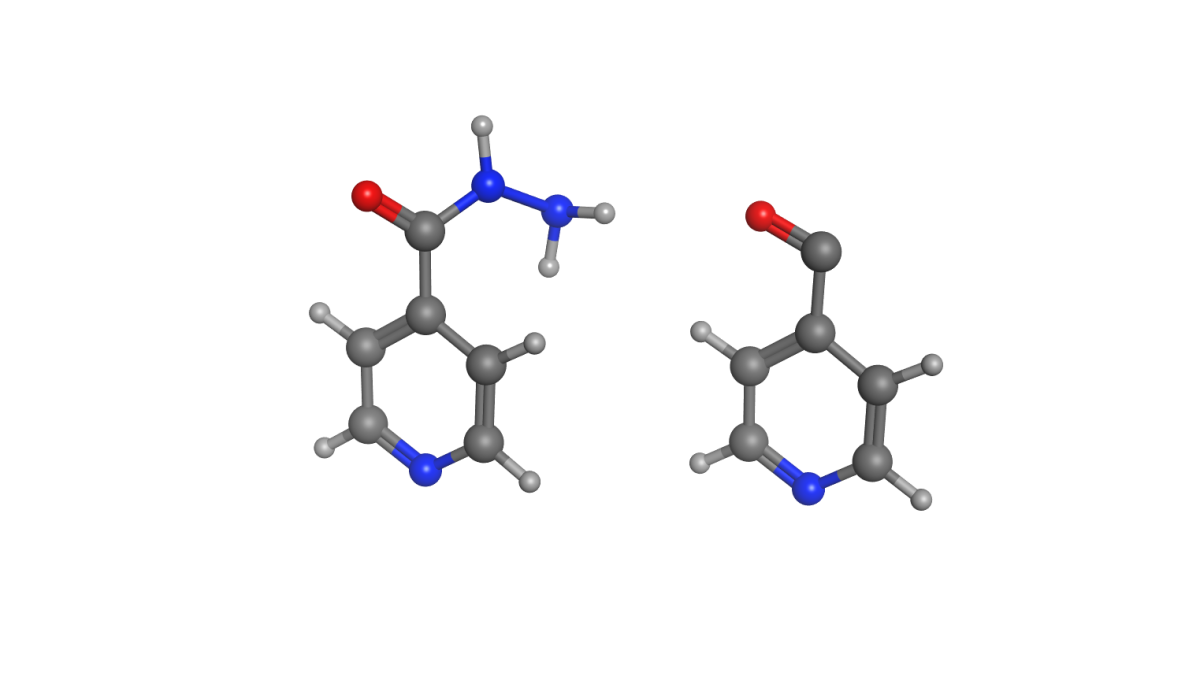 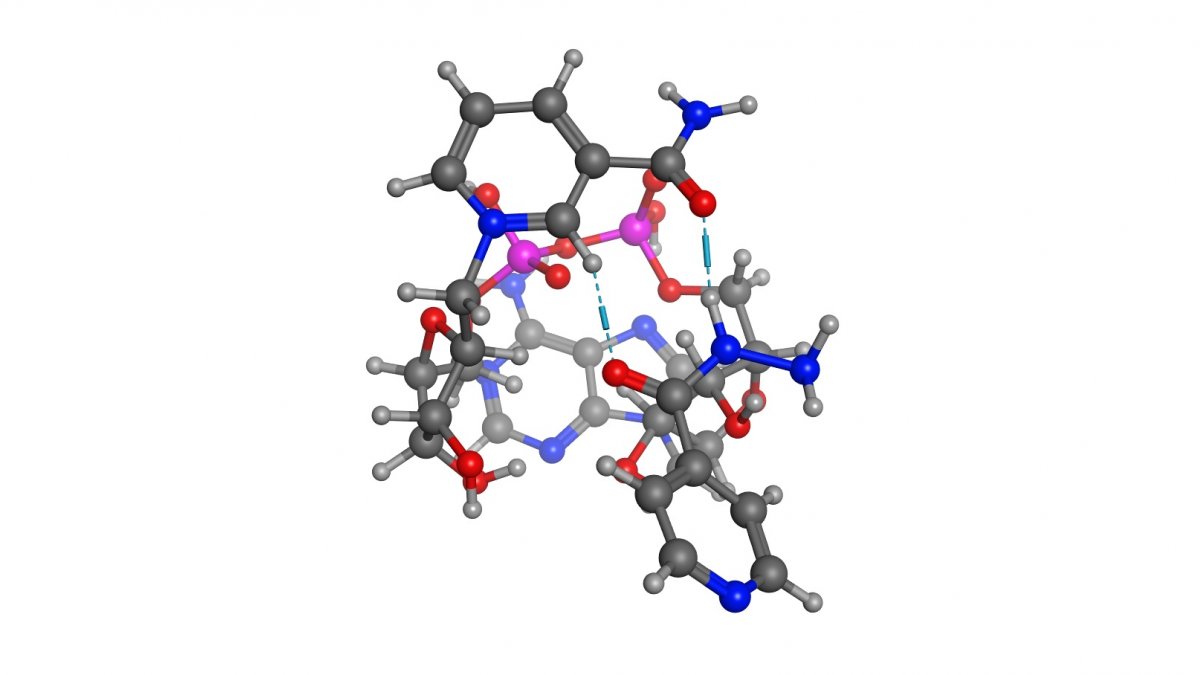 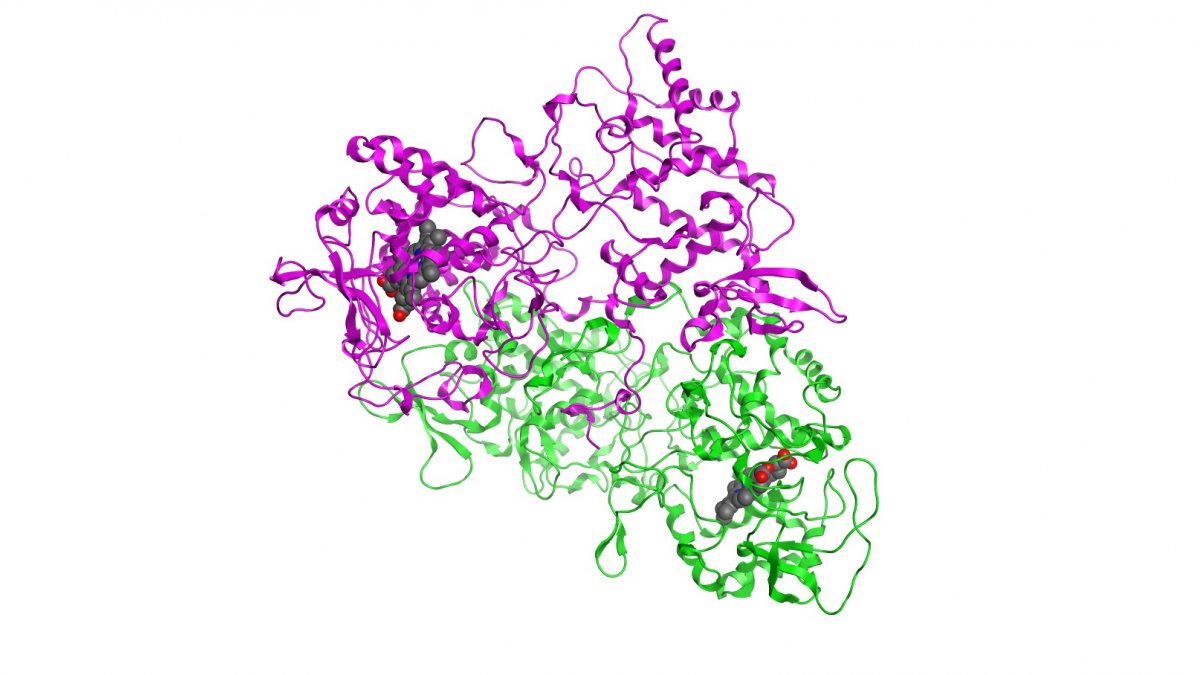 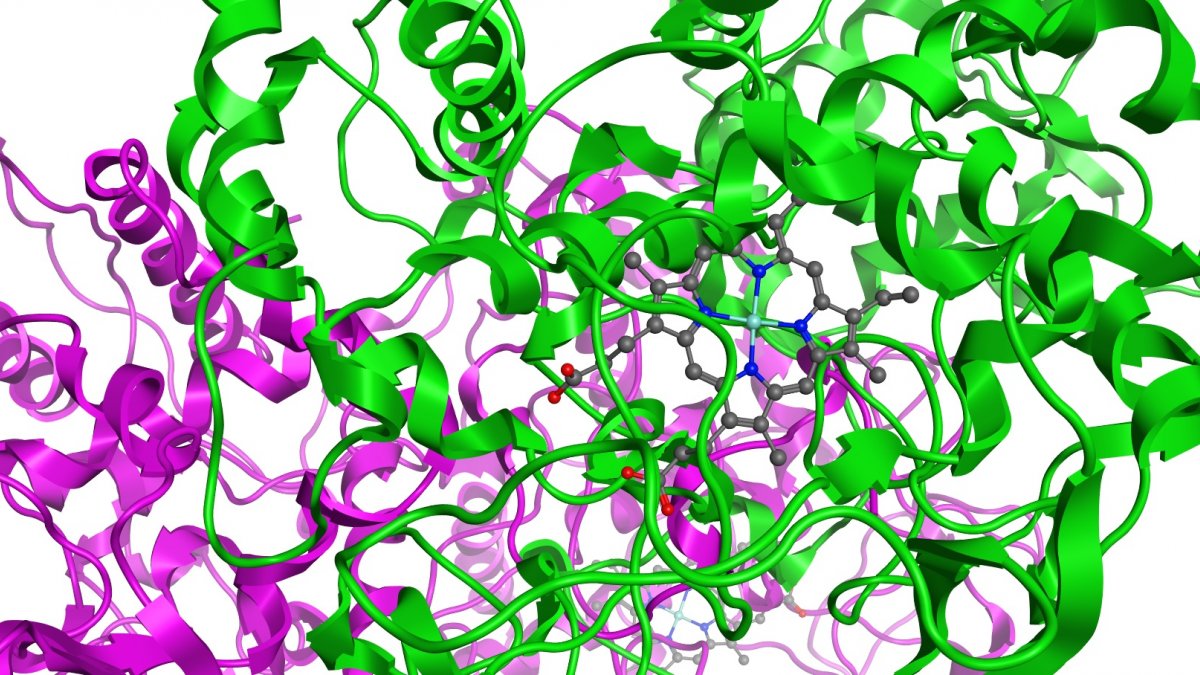 Structure of InhA from Mycobacterium tuberculosis with INH-NAD adduct highlighted 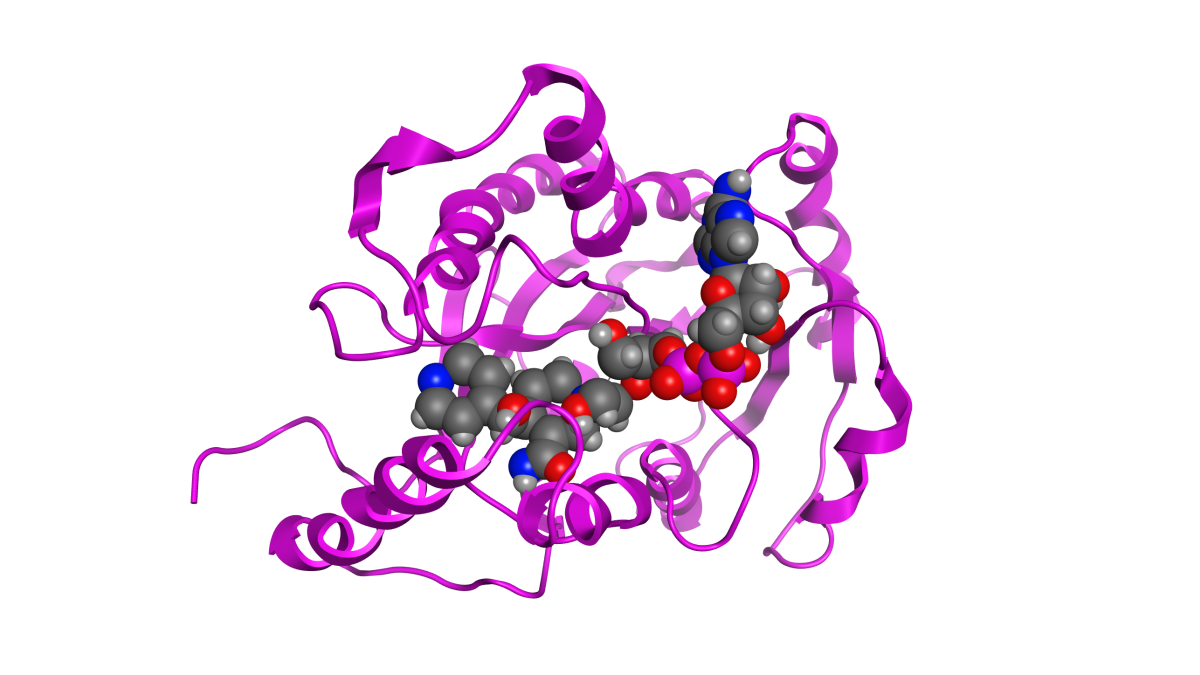 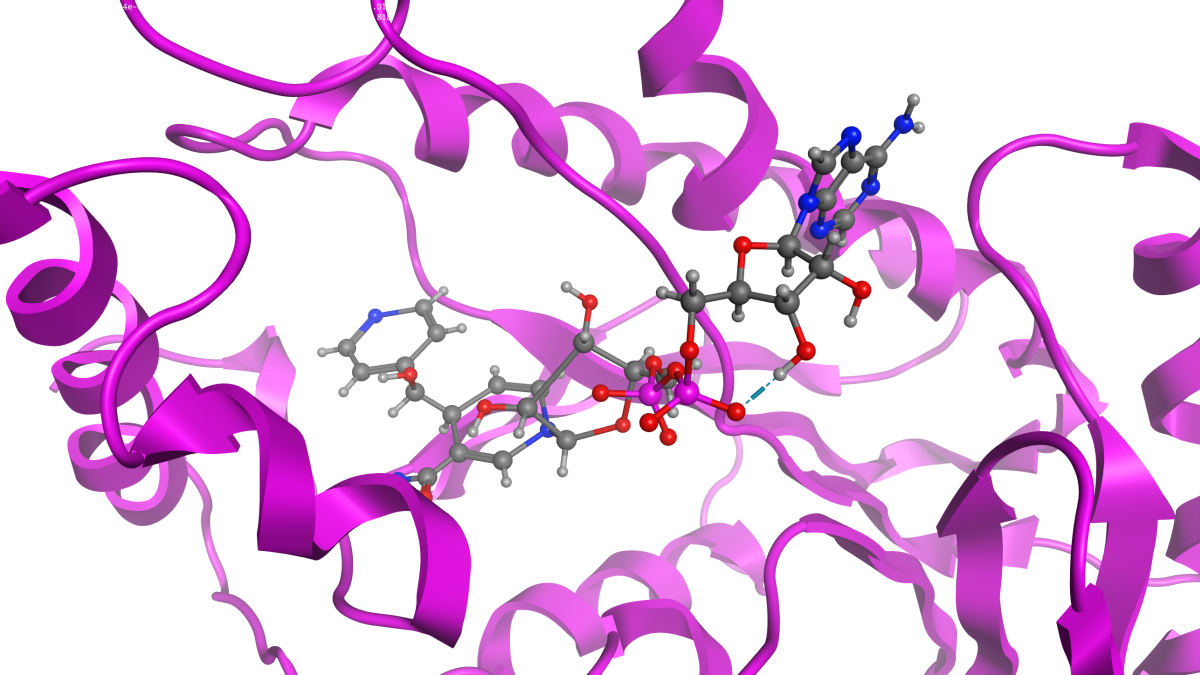 Physically, I am interested in the evolution of entangled spin systems in a general sense, particularly radical pairs. I am especially interested in the effect of noise on coherence, the quantum-classical interface, and thermal effects that arise from such a spin configuration being embedded in a biochemical background. I probe this using methods of open quantum systems.

Chemically, I am particularly interested in the activation of the pro-drug isoniazid. Isoniazid is an antitubercular drug whose precise activation mechanism is unknown, one suggested pathway being via the formation of radical pairs. It is thought that specific isotopic substitutions could enhance the singlet-triplet interconversion of such radical pairs due to their large hyperfine coupling. I investigate this with a varied combination of computational chemistry techniques from classical techniques of molecular docking and molecular dynamics, through to ab initio numerical quantum chemistry calculations via density functional theory to find hyperfine coupling constants and electronic structures, as well as hybrid quantum mechanical/molecular mechanical techniques where appropriate.

Mathematically, I am interested in the system's non-Markovianity. This is also investigated via the framework of open quantum systems.

Spin dynamics is the study of the evolution of the quantum property of matter known as spin angular momentum (often simply 'spin'). I am interested in studying the spin dynamics of radical pair systems, where two 'lone' electrons attached to different atoms/molecules interact with one another. In the context of quantum biology, this type of research has been used to model the avian magnetic compass via the radical pair mechanism; this is probably the largest growing field within the discipline.

Mycobacterium tuberculosis (TB) is a system of interest as it is responsible for the deaths of 1-2 million people worldwide annually and, for example, HIV sufferers are 15-21 times more likely to develop active TB. There are also increased instances of mutations causing drug resistance (in this case resistance to the pro-drug isoniazid, mentioned in the Research Interests section), thus this study may not only develop the field of quantum biology but also help to combat this problem.

An Investigation of Non-Markovian Radical Pair Spin Dynamics in Cryptochrome

Cryptochromes are candidate proteins to describe the mechanism of action responsible for avian magnetoreception, the radical pair mechanism. The radical pair mechanism has been the subject of much theoretical consideration, however the study of the spin dynamics of these radical pair systems via open quantum systems is novel. We consider environments ranging from strictly classical, through to quantum but within the Markovian limit, and finally quantum and in the non-Markovian regime.