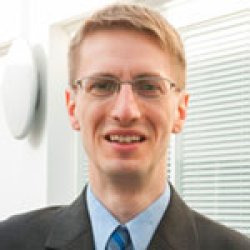 Dr Christopher Wiley completed his BA(Hons) in Music at St Anne’s College, University of Oxford in 1998 and his MMus at the University of Surrey in 2000. His PhD dissertation, Re-writing Composers’ Lives: Critical Historiography and Musical Biography, undertaken at the University of London and funded by the Arts and Humanities Research Board, provides a critical examination of musical biography through comparative studies of texts on several canonical composers.

Chris joined the University of Surrey in September 2013 as Senior Lecturer and Director of Learning & Teaching in the School of Arts. Prior to this position, he was Director of Undergraduate Studies (2009–13) and Director of the MA Programmes (2005–09) in the Department of Music at City University London. He is currently Programme Director for the BMus Music programme (2019–), having been Director of Postgraduate Research (2018–19) and Senior Professional Training Year Tutor (2018–). He has previously taught at the Guildhall School of Music and Drama, the Open University, and Royal Holloway.

Chris is the author of articles published in the journals The Musical Quarterly, Music and Letters, Journal of Musicological Research, Comparative Criticism, and Arts & Humanities in Higher Education, in addition to many book chapters. He has delivered papers on historical, critical, and educational topics at many international and interdisciplinary conferences in the UK, US, Canada, Denmark, Finland, Germany, Greece, Ireland, Portugal, Spain, The Netherlands, and elsewhere, including the Keynote Address at a four-day Biennial Conference of Musicology hosted by the University of Arts, Belgrade, as well as presenting invited colloquia at the Faculties of Music of the Universities of both Oxford and Cambridge.

Chris is the co-editor of Researching and Writing on Contemporary Art and Artists: Challenges, Practices, and Complexities (Palgrave, 2020), Writing About Contemporary Musicians: Promotion, Advocacy, Disinterest, Censure (Routledge), The Routledge Companion to Autoethnography and Self-Reflexivity in Music Studies (Routledge), Women’s Suffrage in Word, Image, Music and Drama: The Making of a Movement (Routledge, 2021), and Transnational Perspectives on Artists’ Lives (Palgrave, 2020), as well as a guest-edited special-issue of the Journal of Musicological Research, Vol. 38, Nos. 3–4, entitled ‘Musical Biography: Myth, Ideology, and Narrative’ (2019).

Chris’s teaching has crystallized around Western art-music of the last three centuries, popular music studies, film and television music, critical musicology, music theory, and musical theatre, and he has acted as a supervisor at all levels from undergraduate dissertations to doctoral research. His continuing commitment to teaching of the highest quality has been widely recognized; he became an International Distinguished Educator with Turning (formerly Turning Technologies) in 2012 (the first ever appointment from the Arts and Humanities) and was awarded a National Teaching Fellowship in 2013.

Chris frequently provides information and expert comment to the media in the areas of popular music, classical music, and music education. He is much sought after as a public speaker, including pre-performance talks for Glyndebourne Opera and the Royal Philharmonic Orchestra. He is a Trustee of the professional opera company Retrospect Opera, which has released eight discs to date.

In 2014, Chris completed the degree of MA in Academic Practice with Distinction at City University London. He became a Principal Fellow of the Higher Education Academy in 2017, having been made a Senior Fellow two years earlier. In 2020, he took up a Faculty Research Fellowship at the University of Surrey. 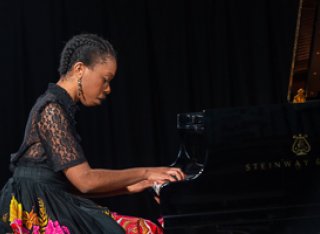 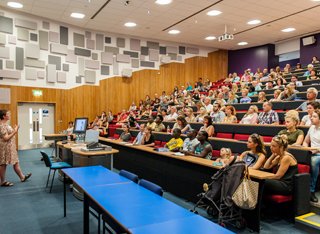 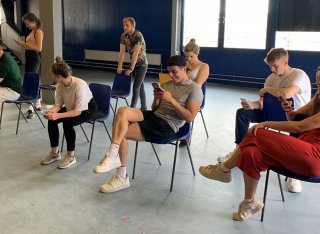 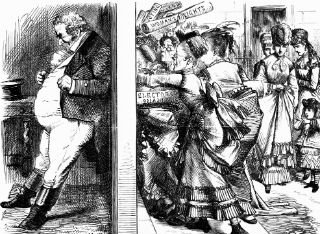 Surrey’s centennial reflection on women’s suffrage and the arts

Autoethnography and Self-Reflexivity in Music Studies

Writing About Creative Artists and Arts Disciplines in Theory and Practice

Scholarship in the Media