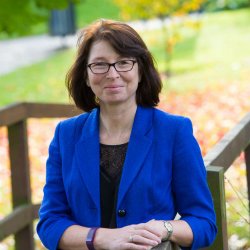 Deborah Dunn-Walters is Professor of Immunology in the School of Bioscience and Medicine, Faculty of Health and Medical Sciences. Her group studies B cell development in Health and Disease, taking a systems immunology approach to elucidate changes in humoral immunity with age and to discover antibodies useful in cancer and infectious disease.  Her lab is currently working on improved tools to study immune repertoires, including novel methods for single cell analysis at a large scale.  She has collaborated with many different laboratories worldwide, and has chaired a number of international B cell conferences.

Deborah is particularly keen to support discovery research into the biology of ageing, she currently serves as Trustee and Research Grants Committee chair on the Dunhil Medical Trust, and Strategy Panel member for the BBSRC. She is also Editor for Frontiers in Immunology and Visiting Professor of Immunobiology at King's College London.

Deborah has over 90 publications and currently holds major grant funding from the MRC and BBSRC. In addition she is extremely grateful to the Dunhill Medical Trust, The Human Frontiers Science Programme, Research into Ageing and the Rosetrees Trust for supporting her research. 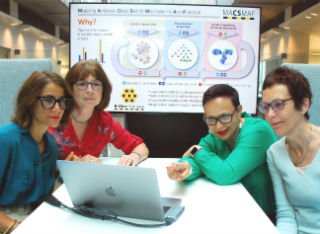 Ground breaking study into antibodies receives over £3m in funding