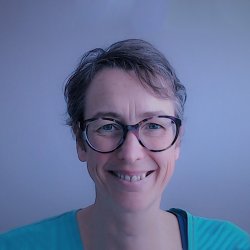 I am a critical social psychologist and chartered psychologist, who draws on interdisciplinary theory and research to examine the intersections of sexuality, gender and embodiment using creative qualitative research methods. 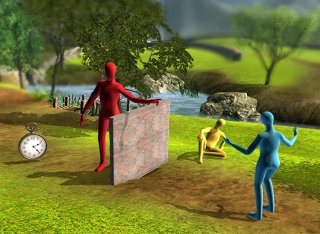 Preparing the next generation of clinical psychologists to deliver digital healthcare

My research interests cohere around two overlapping strandsThe first strand focuses on critical explorations of sex and sexuality and forms a key part of a growing body of work known as Critical Sexuality Studies. This research originated in my PhD research (Loughborough University) which examined the discursive construction of sexual consent in young women’s accounts of their experiences and perceptions of heterosexual sex – including non-consensual sex. This resulted in a series of publications exploring how sexual consent was constructed in young women’s talk about sex and relationships, and foregrounded the value of discourse analysis for feminist research.

More recently my work has explored the ways in which sexual difficulties are pathologized in medical, scientific and media discourse, and how they are constructed in ordinary talk. Using talk about orgasm as a focal point, I have examined how gendered discourses construct orgasm as an imperative for individuals to work at, and aspire to, and how this impact the construction of both gender and sex in the heterosexual matrix.

My most recent research brings these two interests together in the exploration of embodied sexuality – examining how the meanings of bodies and sex are mutually constituted. As such, my research brings psychology into dialogue with sociology, social policy, gender studies, critical sexuality studies, and health sciences.

I welcome applications for PhD research on all aspects of sex and sexuality, including (but not limited to):

I will also welcome projects with innovative methodological approaches and creative methods.

I've supervised three PhDs and one ProfDoc to completion.

Introduction: Teachers are often faced with incidences of young people who self-harm but can feel ill-equipped to offer support. The United Kingdom (UK) government state that all staff working in schools should be trained on how to deal with self-harm, yet a large proportion of teachers identify a lack of training as a barrier to supporting students. Barriers to receiving training are a lack of time and resource in schools.

Aim: This study seeks to investigate whether a bespoke eLearning module, designed for UK secondary school teachers, helps to increase knowledge and confidence in supporting young people who self-harm.

Method: Twenty-one schools across the West Midlands and South West of England were contacted via email and invited to complete a 30-minute web-based eLearning module on self-harm in schools. Participants were also invited to complete pre-and post-intervention measures and a follow-up questionnaire. The data was analysed using non-parametric statistics and the free-text comments using Thematic Content Analysis.

Results: 173 teachers completed the eLearning and pre-and post-measures and 16 completed a follow-up questionnaire. The eLearning significantly enhanced participants’ perceived knowledge, actual knowledge and confidence in talking to and supporting young people who self-harm. 90.7% of participants felt that eLearning was a good way to receive training. The following themes emerged from the qualitative data: Learning about self-harm is important; eLearning is convenient and accessible; eLearning is less engaging than other modes of training delivery; Training improved my confidence and understanding; The module could be enhanced with further detail and guidance; Wanting ongoing support.