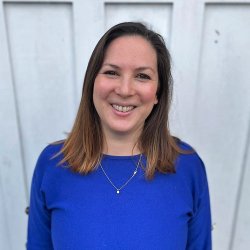 I completed my PhD at the University of Birmingham in 2005. I then worked as a research fellow at the institute of Psychology Psychiatry and Neuroscience and then at the Cerebra Centre for Neurodevelopmental Disorders, University of Birmingham before joining the University of Surrey as a lecturer in 2019. My research is primarily focused on understanding the prevalence, profile and social-cognitive mechanisms underpinning the development of autism and related characteristics in individuals with genetic syndromes.  My research and related impact activities has been funded by the British Academy, Baily Thomas Charitable Fund, Leverhulme Trust, Newlife Foundation for Disabled Children, Economic and Social Research Council, Cerebra and Cornelia de Lange Syndrome Foundation. Please visit my research lab website for more information: www.ndevresearchlab.com

If you are interested in studying for a PhD with me please get in touch.

I teach on the Developmental Psychology modules of the Undergraduate Psychology course.

Individuals with Cornelia de Lange syndrome (CdLS) have been reported to show comparatively high levels of flat and negative affect but there have been no empirical evaluations. In this study, we use an objective measure of facial expression to compare affect in CdLS with that seen in Cri du Chat syndrome (CDC) and a group of individuals with a mixed aetiology of intellectual disabilities (ID).

Observations of three groups of 14 children with CdLS, CDC and mixed aetiology of ID were undertaken when a one-to-one interaction was ongoing. Results: There was no significant difference between the groups in the duration of positive, negative or flat affect. However, the CdLS group displayed a significantly lower ratio of positive to negative affect than children in the other groups.

This difference partially confirms anecdotal observations and could be due to the expression of pain caused by health problems associated with CdLS or neurological expression of the CdLS gene in facial muscles related to expression of positive affect. However, further research is needed to directly test these possible associations.