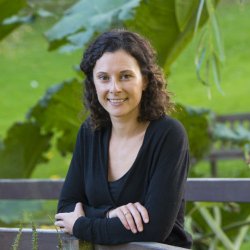 Julie Hunt graduated with a BSc in Sports Science from the University of Brighton (2007) before achieving an MSc in Exercise Physiology from Loughborough University (2009). During this time she worked as a physiologist for British Triathlon and assisted on UK sport talent ID campaigns. Julie continued her studies at Loughborough University, completing a PhD on the peripheral vascular adaptation to resistance training with blood flow restriction. She has since held an academic post as a Lecturer in Sport and Exercise Physiology.

My research interests lie with skeletal muscle and vascular adaptations to exercise and exercise training in healthy and clinical populations. My PhD focused on the novel exercise mode of ischemic (occlusion) strength training, where application of a pressure cuff around the exercising limb reduces blood flow to the working muscle. Muscle hypertrophy and peripheral vascular remodelling occurs at low training loads (20%1RM) with blood flow restriction. Research into the mechanisms behind this type of exercise provide greater insight into the physiology of muscle and vascular growth, and can optimize treatments aimed at maintaining or improving physical function in populations (elderly, rehabilitating athletes) intolerant to high mechanical loads.

I also have a keen interest in swimming and triathlon specific performance, and have been involved in collaborative research with the English Institute of Sport. 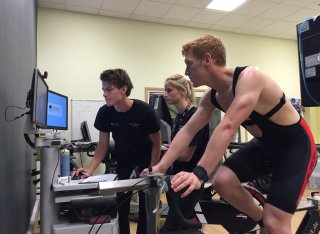 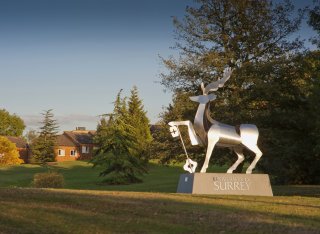 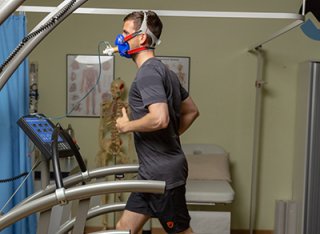 Forty per cent of critically ill patients are affected by intensive care unit-acquired weakness (ICU-AW), to which skeletal muscle wasting makes a substantial contribution. This can impair outcomes in hospital, and can cause long-term physical disability after hospital discharge. No effective mitigating strategies have yet been identified.

Application of a repetitive vascular occlusion stimulus (RVOS) a limb pressure cuff inducing brief repeated cycles of ischaemia and reperfusion, can limit disuse muscle atrophy in both healthy controls and bed-bound patients recovering from knee surgery. We wish to determine whether RVOS might be effective in mitigating against muscle wasting in the ICU. Given that RVOS can also improve vascular function in healthy controls, we also wish to assess such effects in the critically ill. We here describe a pilot study to assess whether RVOS application is safe, tolerable, feasible and acceptable for ICU patients.

This is a randomised interventional feasibility trial. Thirty-two ventilated adult ICU patients with multiorgan failure will be recruited within 48 h of admission and randomised to either the intervention arm or the control arm. Intervention participants will receive RVOS twice daily (except only once on day 1) for up to 10 days or until ICU discharge.

Serious adverse events and tolerability (pain score) will be recorded; feasibility of trial procedures will be assessed against pre-specified criteria and acceptability by semi-structured interview. Together with vascular function, muscle mass and quality will be assessed using ultrasound and measures of physical function at baseline, on days 6 and 11 of study enrolment, and at ICU and hospital discharge. Blood and urine biomarkers of muscle metabolism, vascular function, inflammation and DNA damage/repair mechanism will also be analysed. The Health questionnaire will be completed 3 months after hospital discharge.

If this study demonstrates feasibility, the derived data will be used to inform the design (and sample size) of an appropriately-powered prospective trial to clarify whether RVOS can help preserve muscle mass/improve vascular function in critically ill patients.

Vitamin D deficiency (Â25nmol/L) and insufficiency (Â50nmol/L) has become an increasingly popular topic. Current research focusses upon the potential ergogenic effects of vitamin D (vitD) in sporting performance; however, the relationship between vitD (dietary intake and nutritional status) and bone health within a University athlete cohort remains under-investigated. Therefore, the aims of this Thesis were to (1) examine vitD status longitudinally across the University competitive seasons and; (2) examine the implications that vitD deficiency/ insufficiency may have upon physical performance parameters or bone health.

In the second study, 34 University athletes and sixteen sedentary students were recruited and followed from spring to summer. Whole body, hip and tibial scans were conducted to determine BMD and bone mineral content (BMC). Physical performance parameters including jump height, aerobic fitness, muscular strength and blood biochemistry were also collected. During the summer term, 26% of the cohort were vitD insufficient. Moreover, an insufficient vitD status was associated with a lowered jump height (p=0.015) but not aerobic fitness (p=0.07). There was also a significant positive relationship between vitD status, femoral neck BMC (r=0.685; pÂ0.02) and BMD (r=0.679; pÂ0.02). Our results show that BMD was higher in weight bearing athletes. The final study found that racket sport athletes had a significantly superior bone profile in their dominant arm when contrasted to controls.