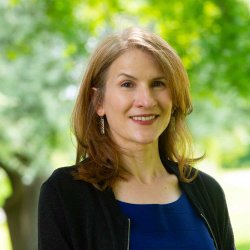 A public health nutritionist by training, my main research interests have revolved around maternal- infant interactions and how these affect nutritional outcomes. My background, training and work experience have spanned 4 countries (Brazil, the United States, Mexico and the United Kingdom) and have included other areas of Public Health as well as focusing on infant feeding in a variety of cultures.  My most recent position was as a Lecturer in Global Health at the Brighton and Sussex Medical School.

After a career break to have a family, I returned to research in 2018 as the first Nutrition Society funded Daphne Jackson Fellow in the Food, Consumer Behaviour and Health Research Centre, and the Department of Nutritional Sciences in the School of Biosciences and Medicine. My current research revolves around analysing data on maternal perceptions and expectations, feeding, growth and video-recorded interaction data from a cohort of Mexican women and their babies from birth to 6 months of age.

I am also the Bahá’í Chaplain at the University of Surrey.

Mohebati L., Lobstein T., Millstone E., Jacobs M. (2007) Policy options for responding to the growing challenge from obesity in the United Kingdom, Obesity Reviews 8 (SUPPL.) pp. 109-115 Wiley-Blackwell
DOI: 10.1111/j.1467-789X.2007.00364.x
The aim of this study was to map and analyse how key stakeholders evaluated options for dealing with the rising incidence of obesity in the UK, as part of a wider cross-national study in nine European countries. Multi-criteria mapping was used to capture the ways in which different policy options were evaluated by a variety of key stakeholders. 'Positive societal benefits' was among the criteria most often selected by participants to assess the options and was generally considered more important than costs. Of the seven pre-defined options that all participants appraised, those related to increasing opportunities for physical activity received the highest rankings, and fiscal measures the lowest. Educational measures fared best among the remaining 13 discretionary options while technological measures performed poorly. No one option, or group of options, was considered sufficient to address the obesity problem. Rather, a general consensus was evident in support of mutually reinforcing measures related to education, information, healthier food and physical activity. Although obesity policies are currently emerging in these different areas in the UK, there is a need for them to be better coordinated, and for improved surveillance to estimate their effectiveness in reversing the trend in obesity. Â© 2007 The Authors.
Memon A., Taylor K., Mohebati L.M., Sundin J., Cooper M., Scanlon T., De Visser R. (2016) Perceived barriers to accessing mental health services among black and minority ethnic (BME) communities: A qualitative study in Southeast England, BMJ Open 6 (11) e012337 BMJ Publishing Group
DOI: 10.1136/bmjopen-2016-012337
Objective:

In most developed countries, substantial disparities exist in access to mental health services for black and minority ethnic (BME) populations. We sought to determine perceived barriers to accessing mental health services among people from these backgrounds to inform the development of effective and culturally acceptable services to improve equity in healthcare.

26 adults from BME backgrounds (13 men, 13 women; aged >18years) were recruited to 2 focus groups. Participants were identified through the registers of the Black and Minority Ethnic Community Partnership centre and by visits to local community gatherings and were invited to take part by community development workers. Thematic analysis was conducted to identify key themes about perceived barriers to accessing mental health services.

Mohebati L.M., Caulfield L.E., Martinez H. (2014) How much does your baby cry? Expectations, patterns and perceptions of infant crying in Mexico, Boletin Medico del Hospital Infantil de Mexico 71 (4) pp. 202-210 Hospital Infantil de Mexico Federico Gomez
DOI: 10.1016/j.bmhimx.2014.08.002
Background:
A limited number of studies have examined infant crying patterns in less affluent societies, but none of them have been longitudinal in nature. The aim of this study was to describe reported infant crying patterns in a cohort of Mexican infants and examine how these are associated with crying-related maternal expectations, general perceptions and help-seeking behavior.

Methods:
Observational cohort study, 204 primiparous mothers and their infants, recruited at birth and visited in their homes at nine different time points from 1 to 24 weeks of infant age.

Results:
Mothers reported that their infants cried less than infants in other more affluent societies, although not less frequently. A previously reported evening clustering of crying was present, with a subtle 24-h crying peak emerging around 2 to 4 weeks. Having an expectation of an infant who will be difficult to soothe and/or an increased report of crying frequency were associated with perceptions of maternal anguish, which was associated with maternal concern and help-seeking behaviors related to crying.

Conclusions:
Similarities and differences were found in the crying patterns reported by mothers of Mexican infants and others previously studied. Expectations and reports of crying behavior were associated with maternal perceptions, which may have a role in reducing crying-related anguish and demand on health services.

Shloim N., Rudolf M.C.J., Feltbower R.G., Mohebati L., Hetherington M. (2015) Breast is best: Positive mealtime interactions in breastfeeding mothers from Israel and the United Kingdom, Health Psychology Open 2 (1) Sage
DOI: 10.1177/2055102915579605
We examined mealtime interactions to assess whether they varied according to maternal body mass index, country and mode of feeding in 41 Israeli and UK mother-infant dyads. Feeding behaviours were coded using the Simple Feeding Element Scale. Significantly, more UK mothers breastfed during the filmed meal compared to Israeli mothers. Mealtime interactions did not vary according to maternal body mass index or country. Women who breastfed (as opposed to those who bottle fed or fed solids) provided fewer distractions during the meal, a more ideal feeding environment and fed more responsively.
Memon A., Barber J., Rumsby E., Parker S., Mohebati L.., de Visser R.O., Venables S., Fairhurst A., Lawson K., Sundin J. (2016) What factors are important in smoking cessation and relapse in women from deprived communities? A qualitative study in Southeast England, Public Health 134 pp. 39-45 Elsevier
DOI: 10.1016/j.puhe.2016.01.014
Objectives:
Women are relatively more susceptible to smoking-related diseases and find it more difficult to quit; however, little research exists on factors associated with smoking cessation and relapse in women. We examined attitudes towards and perceptions of factors associated with smoking cessation and relapse in women from deprived communities.
Study design:
Qualitative interview study.
Methods:
Participants included eleven women, smokers and ex-smokers, from disadvantaged communities in East Sussex, England, who had used the National Health Service (NHS) stop smoking service. Data were collected through a focus group and semi-structured interviews, and subjected to thematic analysis. Results: Participants opined that it is more difficult for women to quit smoking than men. Women felt that postcessation weight gain was inevitable and acted as a barrier to quitting. Hormonal fluctuations during the menstrual cycle and greater levels of stress were perceived as obstacles to quitting and reasons for relapse. Conversely, the women cited effects of smoking on physical appearance, oral hygiene and guilt about exposing children to passive smoke as powerful motivators to quit; and highlighted the impact of public health campaigns that focused on these factors. Views diverged on whether quitting with someone close to you is a help or hindrance. Other themes including alcohol intake, daily routine and being in the presence of smokers emerged as situational triggers of relapse.
Conclusions:
Interventions that address women's concerns related to postcessation weight gain, hormonal fluctuations during the menstrual cycle and stress may aid with smoking cessation and reduce relapse. Public health campaigns should consider the impact of smoking on physical appearance and the effect of passive smoke on children.
Speller V., Byrne J., Dewhirst S., Almond P., Mohebati L., Norman M., Polack S., Memon A., Grace M., Margetts B., Roderick P. (2010) Developing trainee school teachers' expertise as health promoters, Health Education 110 (6) pp. 490-507 Emerald
DOI: 10.1108/09654281011087288
Purpose:

The purpose of this paper is to report the outcome of an education and public health collaboration investigating the impact of adapted training to enhance teachers' potential role to promote child health and wellbeing.

The study was conducted in three phases: a survey of the health education content in universities in initial teacher training courses; a longitudinal survey at the commencement and completion of courses to capture trainees' knowledge, skills and attitudes towards health and their role in health promotion; and mapping curriculum content against qualified teacher standards and public health competencies.

Training about health varies largely between institutions. Trainees' knowledge levels remained low after training; ranked importance of key health topics - nutrition, alcohol, smoking, - decreased significantly; a majority thought that teachers and schools play an important role in health promotion, but significant increases were also noted in the minority who thought health promotion is not part of their remit (Phase 2).

To the best of one's knowledge, similar work has not so far been reported. While teachers are in a prime position to influence child health, trainees require knowledge and skills to realise their public health potential.

To ascertain the perceptions of women from deprived communities on national tobacco control measures in England.

A qualitative study of 11 women, smokers and ex-smokers, from disadvantaged areas, who had used the National Health Service (NHS) Stop Smoking Service. Data were collected through a focus group and semi-structured interviews, and subjected to thematic analysis.

The ban on smoking in confined public places was perceived as an effective measure for tobacco control. Methods to restrict accessibility - including removing point-of-sale displays, raising the price, and preventing sales in certain places - were perceived as effective techniques to deter smoking initiation and prevent triggering temptation to smoke for someone motivated to quit, but not helpful to change attitudes or behaviors among current smokers. Women felt desensitized to health warnings used on tobacco products. Public health campaigns with gain-framed messages were more likely to engage smokers to want to quit. Of the loss-framed messages, participants felt that focusing on personal appearance and children was effective.

Strategies that are tailored to attitudes and beliefs among women smokers should consider gain-framed messages and messages that focused on the effects to appearance and children to promote cessation and prevent relapse.

In most European countries, women are relatively more susceptible to smoking-related diseases, find it more difficult to quit and are more likely to relapse than men. With the aim of improving the understanding of women?s needs from smoking cessation services, this qualitative study examines perceptions of women from deprived communities on the National Health Service stop smoking service in England, UK.

A qualitative study of 11 women, smokers and ex-smokers, who had used the stop smoking service located in disadvantaged communities in East Sussex, England, UK. Data were collected through focus group and semi-structured interviews and were subjected to thematic analysis.

Women felt that services tailored to their needs would improve cessation rates. They expect smoking cessation facilitators to be non-judgemental and to offer psychological insight into addiction. However, women?s opinions differed on the importance for facilitators to be female or ex-smokers and on the preference of group or one-to-one services, some women expressed a preference for women only groups. The women praised the continuity of care, capacity for peer support, flexibility of time and location and free cessation aids offered. Conversely, the women felt that services were poorly advertised, that access was not universally good and that services at the work place and drop-in groups would improve access for working women and women with young children.

Flexible, person-centered services that are tailored towards the needs of individual smokers and better dissemination of information regarding the range of services available could facilitate greater uptake of smoking cessation services for women in deprived communities.