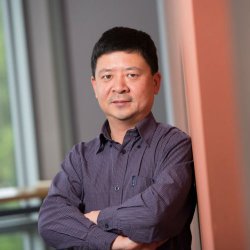 Prof. Ning Wang received his B.Eng degree in computing from Changchun University of Science and Technology, China in 1996 and M.Eng degree in electronic engineering from Nanyang Technological University, Singapore in 2000 respectively. He obtained his Ph.D degree in electronic engineering from the Centre for Communication Systems Research (CCSR, currently known as the Institute of Communication Systems - ICS), University of Surrey, UK in 2004. 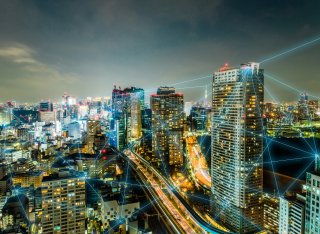 Since 2009 Prof. Wang has been the principal investigator for both EU, UK EPSRC, InnovateUK (DCMS) and Royal Society research projects, covering the technical areas of Future Internet design, network intelligence, networked content, and smart grid communications etc.. Till now Prof. Wang has published more than one hundred and thirty research papers and he has also been actively engaged in International standardisation activities including IETF, 3GPP, ITU-T and ETSI. Since 2012, his work on network management and 5G mobile video delivery featured IEEE ComSoC Technology News (CTN) for three times:

Chang Ge, Ning Wang, Ioannis Selinis, Joe Cahill, Mark Kavanagh, Konstantinos Liolis, Christos Politis, Jose Nunes, Barry Evans, Yogaratnam Rahulan, Nivedita Nouvel, Mael Boutin, Jeremy Desmauts, Fabrice Arnal, Simon Watts, Georgia Poziopoulou QoE-Assured Live Streaming via Satellite Backhaul in 5G Networks, In: IEEE Transactions on Broadcasting IEEE
Satellite communication has recently been included as one of the key enabling technologies for 5G backhauling, especially for the delivery of bandwidth-demanding enhanced mobile broadband (eMBB) applications in 5G. In this paper, we present a 5G-oriented network architecture that is based on satellite communications and multi-access edge computing (MEC) to support eMBB applications, which is investigated in the EU 5GPPP Phase-2 SaT5G project. We specifically focus on using the proposed architecture to assure Quality-of-Experience (QoE) of HTTP-based live streaming users by leveraging satellite links, where the main strategy is to realise transient holding and localization of HTTP-based (e.g., MPEG-DASH or HTTP Live Streaming) video segments at 5G mobile edge while taking into account the characteristics of satellite backhaul link. For the very first time in the literature, we carried out experiments and systematically evaluated the performance of live 4K video streaming over a 5G core network supported by a live geostationary satellite backhaul, which validates its capability of assuring live streaming users’ QoE under challenging satellite network scenarios.
Gao Zheng, Ning Wang, Rahim Tafazolli, Xinpeng Wei (2020)Geosynchronous Network Grid Addressing for Integrated Space-Terrestrial Networks, In: 2020 IEEE 28th International Conference on Network Protocols (ICNP)pp. 1-6 IEEE
DOI: 10.1109/ICNP49622.2020.9259376
The launch of the StarLink Project has recently stimulated a new wave of research on integrating Low Earth Orbit (LEO) satellite networks with the terrestrial Internet infrastructure. In this context, one distinct technical challenge to be tackled is the frequent topology change caused by the constellation behaviour of LEO satellites. Frequent change of the peering IP connection between the space and terrestrial Autonomous Systems (ASes) inevitably disrupts the Border Gateway Protocol (BGP) routing stability at the network boundaries which can be further propagated into the internal routing infrastructures within ASes. To tackle this problem, we introduce the Geosynchronous Network Grid Addressing (GNGA) scheme by decoupling IP addresses from physical network elements such as a LEO satellite. Specifically, according to the density of LEO satellites on the orbits, the IP addresses are allocated to a number of stationary "grids" in the sky and dynamically bound to the interfaces of the specific satellites moving into the grids along time. Such a scheme allows static peering connection between a terrestrial BGP speaker and a fixed external BGP (e-BGP) peer in the space, and hence is able to circumvent the exposure of routing disruptions to the legacy terrestrial ASes. This work-in-progress specifically addresses a number of fundamental technical issues pertaining to the design of the GNGA scheme.
David Wisely (2020)Capacity and costs for 5g networks in dense urban areas. University of Surrey
DOI: 10.15126/thesis.00852304

An initial analysis of 5G has shown that it is a radical departure form the generational trend: In particular headline rates and capacities which are X10 and X100 greater than the improvement attained with previous, more evolutionary, upgrades. In order to achieve these metrics will require extreme densification of the network given the spectrum that is available for 5G. A compelling case is made that this densification will cause costs to balloon.

It has been shown that reaching headline rates of 64-100Mbps everywhere is possible with a number of different technology options. Massive increases in capacity (in excess of 100Gbps/km²), however, can only be realistically achieved with millimetre wave (outdoor) and internal base stations The cost of deploying such capacity, however, will be several times that of LTE – we estimate a 4 to 5 times increase in costs for a 100Mbps everywhere network that has x100 capacity increase over existing LTE networks.

One possible way of reducing the costs of 5G and increasing capacity is to place femto or distributed base-stations within buildings: we have demonstrated 3Tbps/km² of capacity with 5,800 femto cells per km² for a neutral hosted solution. However, there is a substantial up-front cost to utilizing internal base-stations: fibre back-haul and internal fibre needs to be installed. This initial cost is identified as significant barrier.