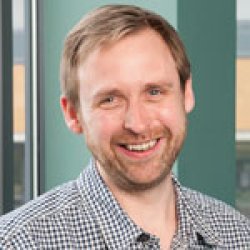 School of Literature and Languages, Faculty of Arts and Social Sciences. 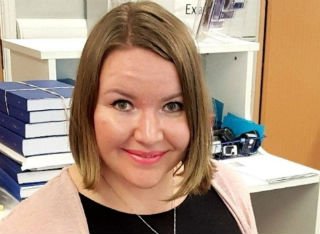 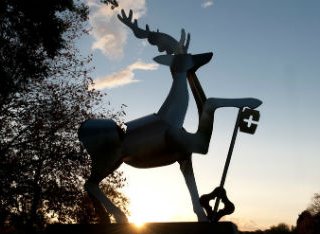 University of Surrey awarded over £400,000 to support endangered Caucasian languages

My research covers a wide range of topics related to understanding linguistic diversity and the preservation and description of languages.

My major research interests lie in:

Although I work with data from a variety of languages, my background is in Africanist linguistics. Much of my early work describes typologically unusual aspects of the morphosyntax of Eleme (Ogonoid, Benue-Congo), an under-described Niger-Congo language spoken in southeast Nigeria.

Since 2012, my main fieldwork focus has moved to Nepal, where I have been working on four Tibeto-Burman languages - Manang Gurung, Manange, Nar-Phu and Gyalsumdo - which are spoken in the villages of Manang District. This fieldwork is conducted in collaboration with Kristine Hildebrandt (SIUE), Dubi Nanda Dhakal (Tribhuvan University) and other members of the Manang Languages Project.

In the UK, I have also been working with speakers of Nuer (Western Nilotic, Nilo-Saharan) and Maithili (Bihari, Indo-Aryan).

External agreement (May 2018 - April 2021)
All current approaches to syntax define agreement as a local syntactic relation, i.e. occurring within a clear syntactic domain. 'External Agreement' defies constraints on locality. For this AHRC-funded project I am working with Surrey colleagues Marina Chumakina and Steven Kaye to explore the extent of non-local agreement in four languages of Daghestan.
Loss of inflection (May 2016 - May 2019)
As part of the AHRC-funded project 'Loss of inflection' I am working alongside Matthew Baerman, Greville G. Corbett and Helen Sims-Williams in SMG to investigate regularities in the way that inflectional systems are lost over time, using case studies from languages spoken across the world.
Prominent possessors (October 2015 - January 2019)
Prominent possessors are possessors that can control agreement or switch reference. As part of the AHRC-funded project 'Prominent possessors', I am working with Irina Nikolaeva and András Bárány at SOAS, and Greville G. Corbett in SMG, to determine which factors are important when possessors that are internal to an argument noun phrase take on an unexpectedly prominent role in syntax.
Morphological complexity in Nuer (June 2015 - January 2019)
Nuer is a Western Nilotic (Nilo-Saharan) language spoken primarily in South Sudan. As part of the AHRC funded project 'Morphological complexity in Nuer' I am working with Matthew Baerman, Irina Monich and Tatiana Reid in SMG and Bert Remijsen from the University of Edinburgh to investigate the complex system of morphology in this widely spoken but under-described language.
From competing theories to fieldwork (January 2012 - June 2015)
This AHRC funded project examined the 'extreme' agreement system in Archi (Nakh-Daghestanian) from the perspective of three different mainstream syntactic theories. The project involved working alongside Greville G. Corbett and Marina Chumakina from SMG and Dunstan Brown at the University of York.
Optional ergative case-marking (May 2013 - April 2015)
For the British Academy funded project 'Optional ergative case-marking: What can be expressed by its absence?' I examined the factors motivating the presence of ergative case marking in the languages of Manang District, Nepal. A journal article on the origins of differential ergative case marking in Tamangic languages is currently in preparation.

I am happy to supervise students working on topics in morphology, syntax, information structure, especially typological approaches to any of these topics. I am also open to supervising students who wish to work on the documentation of underdescribed languages, especially from Africa and Trans-Himalayan region.

I am currently lead supervisor for one student based in Surrey Morphology Group:

My former PhD students are:

I am the convenor for the following UG and PG modules:

A full list of my publications is available at: www.oliverbond.info/publications.html