Raffaella received the Laurea degree (cum laude) in Telecommunications Engineering and the Ph.D. degree in Electronic and Telecommunications Engineering from the University of Naples Federico II (Naples, Italy), in 2003 and 2007, respectively. In 2006, she received a two-year research grant from the University of Naples Federico II to be spent at the Department of Electronic and Telecommunication Engineering on the topic of electromagnetic field propagation in urban environment. In 2006, she was also a Guest Scientist with the Department of Photogrammetry and Remote Sensing, Technische Universität München (Munich, Germany). In 2008, Raffaella joined the Surrey Space Centre (SSC), University of Surrey (Guildford, U.K.) as a Lecturer in Satellite Remote Sensing. Today she is still in SSC as Reader and Head of the Remote Sensing Applications research group. Since September 2019 Raffaella is also PostGraduate Research Director in SSC.

Raffaella has published more than 80 papers and was awarded the IEEE J-STARS Best Paper Award 2013 for her research on statistical analysis of SAR data. 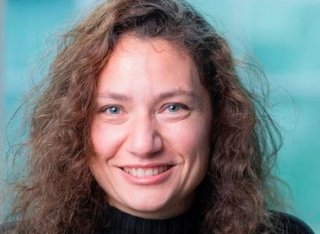 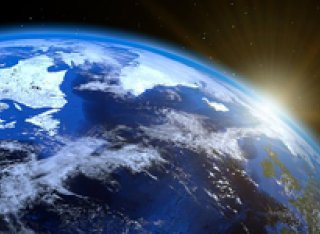 Raffaella has a huge network of international collaborations with universities, space agencies, space and remote sensing companies and non-governmental organizations.

You hold a first class honours degree in engineering, physics or maths. You have knowledge of remote sensing and interest in Earth observation and disaster monitoring, together with familiarity with at least one of the following fields:

Experience with IDL and/or ENVI software is an advantage.

For her excellence in teaching and keen attitude to introduce new teaching methodologies, Raffaella was awarded the Teaching with New Technologies (TeNT) Award by University of Surrey in 2008.

In the context of a flooding, a clear cloud-free SAR (Synthetic
Aperture Radar) image proves mainly useful to retrieve flood
features that can provide an extensive understanding of the
disaster. Among these features, extremely important is the
water depth on which this paper will focus by looking for a
semi-automated algorithm for its estimation in the neighborhood
of a given building from a pair of SAR images.

In this study, two SAR images acquired during dry and
flooded conditions are necessary, as well as a DSM (Digital
Surface Model) to give an a priori knowledge of the height of
the building and its footprint. The whole process is divided
into two main parts: First, an extraction of the building?s
double-bounce contribution using Genetic Algorithms, then
the computation of the inundated building?s height, to eventually
evaluate the water level locally in the neighborhood of
this building.

Thanks to the semi-automation of the double-reflection
line retrieval, the execution time of the whole process was
reduced from a few minutes (time to manually delineate the
double-bounce line) to a few seconds, while keeping an error
in the estimated flood depth in the order of a few decimeters
(35cm on average).

Yahia O, Guida R, Iervolino P (2018) Sentinel-1 and Landsat-8 feature level fusion for soil moisture content estimation,Proceedings of the 12th European Conference on Synthetic Aperture Radar (EUSAR 2018) EUSAR
A novel methodology is proposed for soil moisture content (SMC) estimation using the feature level fusion of Senti-nel-1 and Landsat-8 satellite datasets. This fusion consists of concatenating Temperature Vegetation Dryness Index (TVDI) to the feature vector (radar and physical features) of the inversion of the Integral Equation Model (IEM) through Artificial Neural Networks (ANN) to reduce vegetation effects on Sentinel-1 estimation. This methodology is applied on Blackwell farms, Guildford, United Kingdom, where ground truth and satellite data were collected dur-ing 2017. The preliminary SMC estimation results show lower RMSE errors (by 0.474%) and less bias than the IEM inversion method.
Achiri L, Guida R, Iervolino P (2018) Collaborative use of SAR and AIS data from NovaSAR-S for Maritime Surveillance,Proceedings of the 12th European Conference on Synthetic Aperture Radar (EUSAR 2018), Aachen, Germany EUSAR
This paper provides a novel approach for the fusion of Synthetic Aperture Radar (SAR) images and Automatic Identification System (AIS) data for the tracking of vessels over sea areas. At this aim, SAR and AIS data are simulated and optimized for the upcoming NovaSAR-S maritime and stripmap modes. These simulated data are used to test the proposed tracking methodology in real time scenario. The results also give practical guidelines on how to task NovaSAR-S to cover uncooperative vessels over the revisit time of the satellite considering the Doppler shift due to the radial velocity of the target.
Iervolino P, Guida R, Ayesh-Meagher A (2018) Land Classification using a novel Multispectral and SAR data Fusion in Doha area,EUSAR 2018 Proceedings VDE VERLAG GMBH
A new algorithm for land classification is presented in this paper and is based on the fusion of Multispectral, Panchromatic and Synthetic Aperture Radar (SAR) images. The novel approach relies on Generalized Intensity-Hue-Saturation (G-HIS) transform and the Wavelet Transform (WT). The fused image is derived by modulating the SAR texture with the high features details of the Panchromatic WT and by injecting this product at the place of G-HIS high feature details. Finally, a classification is performed on the fused product by using a Maximum Likelihood (ML) classifier. The algorithm has been tested on data acquired by Sentinel-1 (SAR) and Landsat-8 (Multispectral and Panchromatic) over the area of Greater Doha in Qatar in 2017. Results show an increment of 3% in the overall accuracy for the fused product compared to the Multispectral dataset.
Savastano Salvatore, Guida Raffaella (2018) Uncertainty quantification in synthetic aperture radar remote sensing data processing,Proceedings of IGARSS 2018, the 38th annual symposium of the IEEE Geoscience and Remote Sensing Society (GRSS) Institute of Electrical and Electronics Engineers (IEEE)
A new methodology, based on the International Organization
for Standardization (ISO) Guide to the expression of Uncertainty
in Measurement (GUM), for the analysis of uncertainties
in Synthetic Aperture Radar (SAR) remote sensing data
is presented. The principal idea is to assess the sources of uncertainty,
developing computational approaches to propagate
uncertainties through the whole SAR signal processing chain.
The final goal is to construct uncertainties budgets to quantify
the total uncertainty of SAR products, permitting their ?traceability?
to international reference standards.
Yahia Oualid, Guida Raffaella, Iervolino Pasquale (2019) Weights based decision level data fusion of landsat-8 and sentinel-1 for soil moisture content estimation,2018 IEEE International Geoscience & Remote Sensing Symposium Proceedings pp. 8078-8081 Institute of Electrical and Electronics Engineers (IEEE)
DOI: 10.1109/IGARSS.2018.8518027
A novel decision level data fusion algorithm for soil
moisture content estimation is proposed in this paper.
Firstly, individual estimations are determined, respectively,
from the inversion of the Integral Equation Model (IEM) for
Sentinel-1 and from the Temperature Vegetation Dryness
Index (TVDI) for LANDSAT-8. Then, a feature level fusion
of these methods is performed using an Artificial Neural
Network (ANN). Finally, all estimations including the
feature level fusion estimation are fused at the decision level
using a novel weights based estimation. The area of interest
for this study is Blackwell Farms, Guildford, United
Kingdom and datasets were taken on 17/11/2017 for both
Landsat-8 and Sentinel-1. Estimation from the proposed
decision level fusion method produces a Root Mean Square
Error RMSE (1.090%) which is lower than RMSE of the
individual estimations of each sensor as well as that of the
feature level fusion estimation.
Achiri Lotfi, Guida Raffaella, Iervolino Pasquale (2018) SAR and AIS Fusion for Maritime Surveillance,Proceedings of the 4th International Forum on Research and Technologies for Society and Industry Institute of Electrical and Electronics Engineers (IEEE)
This paper presents a novel approach to fuse
Synthetic Aperture Radar (SAR) images and Automatic
Identification System (AIS) data for maritime surveillance. The
procedure consists of four steps. First, ship detection is performed
in the SAR image using a Constant False Alarm Rate (CFAR)
algorithm; then feature extraction (ship position, heading and size)
is performed on ships detected in the SAR image, the third step
consists in identifying the detected ships and extracting the same
features from the AIS data. The final step is to feed the fusion
block with both features vectors extracted separately from the
SAR and AIS. Here the arithmetic mean function is established.
The algorithm is tested using simulated SAR images and AIS data.
Preliminary results of the fusion of SAR and AIS data are
presented and discussed.
Benoudjit Abdelhakim, Guida Raffaella (2018) A web application for the automatic mapping of the flood extent on SAR images,Proceedings of the 4th International Forum on Research and Technologies for Society and Industry (RTSI 2018) Institute of Electrical and Electronics Engineers (IEEE)
DOI: 10.1109/RTSI.2018.8548435

Flood is causing devastating damages every year all over the
world. One way to improve the readiness of stakeholders (rescue
authorities, policy makers, and communities) is by providing
flood extent maps promptly after the disaster, preferably
in an automated way and with a minimum number of
satellite imagery to reduce costs. The web application developed
in this paper aims to address this problem by mapping
the flood extent automatically from SAR images.

This web application is portable since it runs on the internet
browser, and allows to perform the classification of
the flooding in an automated fashion. Another strong point
is the rapidity of the processing: the whole processing time
was around 3 to 5 minutes for a subset of 20 million pixels.
The inundation map returned by our algorithm was validated
against vector files mapped by the United Nations Institute for
Training and Research (UNITAR) for the same flood event.

Regarding the dataset needed in this study, a pair of a preflood
SAR image and an optical image of the same area were
used to build a training dataset of water and non-water classes.
The learning phase is immediately followed by the classification
of the post-flood SAR image into a binary flood map.
The web application described in this paper was built with
open-source Python libraries which are backed by large communities
(Django, Scikit-learn among others). The flood map
was eventually displayed on OpenStreetMap maps provided
by Mapbox.

In the majority of previous studies working with SAR images for the detection of floods, the inundation extent is essentially the only information extracted. Although, for certain applications like the assessment of the damages caused, additional inundation characteristics are needed to give a thorough analysis of the inundation hazard, like the water level. The major advantage space-borne acquisitions have specifically over gauging stations is the global-availability and the spatial-continuity of their data. A semi-automated process was proposed in this thesis to estimate the flood depth locally in the vicinity of an inundated building from a pair of high-resolution SAR images using Genetic Algorithms followed by the inversion of an urban backscattering model. One potential application of this method is to assist insurance companies in the assessment of the damages incurred by buildings and structures in flooded urban areas.

Another way satellite SAR imagery can support decision makers in increasing the preparedness, is through flood extent maps. The online web application presented in this thesis addresses the issue of the flood extent mapping from SAR images promptly following the disaster, using a supervised classifier trained automatically without any intervention from the human user. This web application allowed to delineate the extent of the flooding, and managed to reach an accurate classification of the SAR image in a reasonable time. The important advantage to emphasize is the fact that the whole process is quick and automatic, which makes it useful to assist response authorities and the affected communities during emergency situations.