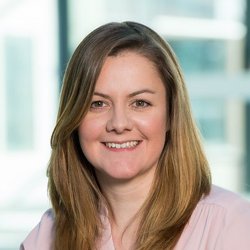 Rebecca is interested in cell physiology, particularly in understanding mechanisms of tissue breakdown during disease. Her PhD focussed on cartilage biology; investigating chondrocyte membrane proteins and their function in both healthy and osteoarthritic tissue. She has studied the effects of inflammation on joint tissues, and how inflammation can cause changes in protein expression and lead to changes in cell signalling and function. Using electrophysiological techniques, she has probed cellular function and developed a keen interest in the cell channelome, and its influence on the cellular electrome and membrane potential.

Recently, her experience with membrane proteins and cell physiology has led her to investigate the interactions of cells with different materials, in collaboration with the Faculty of Engineering and Physical Sciences. She is testing different scaffolds, their effect on cellular phenotype and evaluating their use as in vitro models for drug discovery.

Rebecca graduated in Bioveterinary Sciences from the University of Liverpool in 2007 and started her PhD in the same year in the School of Veterinary Science at the University of Liverpool. The main focus of Rebecca's PhD was investigating the role of ion channels and the resting membrane potential in healthy chondrocytes. This included modelling cell behaviour to determine the function of these membrane proteins in healthy cells and relating this to the osteoarthritic disease state. Rebecca's postdoctoral work continued in the Institute of Ageing and Chronic Disease at the University of Liverpool, investigating the effect of a number of pharmacological agents on cell function and ion channel expression, using electrophysiology. Rebecca joined the EU Framework 7 funded DBoard consortium in December 2012 as a postdoctoral research associate, investigating the effect of inflammatory conditions on chondrocyte function. In September 2014, Rebecca joined the University of Surrey as a Lecturer in Physiology.

Senior Tutor for the School of Veterinary Medicine 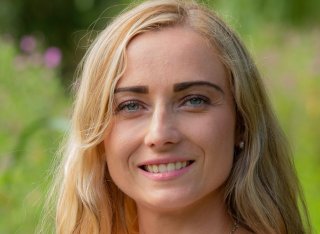 Youngchan Kim, Federico Bertagna, Edeline M. D’Souza, Derren J. Heyes, Linus O. Johannissen, Eveliny T. Nery, Antonio Pantelias, Alejandro Sanchez-Pedreño Jimenez, Louie Slocombe, Michael G. Spencer, Jim Al-Khalili, Gregory S. Engel, Sam Hay, Suzanne M. Hingley-Wilson, Kamalan Jeevaratnam, Alex R. Jones, Daniel R. Kattnig, Rebecca Lewis, Marco Sacchi, Nigel S. Scrutton, S. Ravi P. Silva, Johnjoe McFadden (2021)Quantum Biology: An Update and Perspective, In: Quantum Reports3(6)pp. 80-126 MDPI AG
DOI: 10.3390/quantum3010006
Understanding the rules of life is one of the most important scientific endeavours and has revolutionised both biology and biotechnology. Remarkable advances in observation techniques allow us to investigate a broad range of complex and dynamic biological processes in which living systems could exploit quantum behaviour to enhance and regulate biological functions. Recent evidence suggests that these non-trivial quantum mechanical effects may play a crucial role in maintaining the non-equilibrium state of biomolecular systems. Quantum biology is the study of such quantum aspects of living systems. In this review, we summarise the latest progress in quantum biology, including the areas of enzyme-catalysed reactions, photosynthesis, spin-dependent reactions, DNA, fluorescent proteins, and ion channels. Many of these results are expected to be fundamental building blocks towards understanding the rules of life.
Rebecca Lewis, Cerrie A. Sherfield, Christopher R. Fellows, Rachel Burrow, Iain Young, Alex Dugdale (2017)The effect of experience, simulator-training and biometric feedback on manual ventilation technique, In: Veterinary Anaesthesia and Analgesia44(3)pp. 567-576 Elsevier Ltd
DOI: 10.1016/j.vaa.2016.05.005
Objective To determine the frequency of provision and main providers (veterinary surgeons, nurses or trainees) of manual ventilation in UK veterinary practices. Furthermore, to determine the variation in peak inspiratory (inflation) pressure (PIP), applied to a lung model during manual ventilation, by three different groups of operators (inexperienced, experienced and specialist), before and after training. Study Design Questionnaire survey. Development of a lung model simulator with real-time biometric (manometry) feedback capability and its testing as a training tool on operators with a range of experiences. Methods Postal questionnaires were sent to 100 randomly selected veterinary practices. The lung model simulator was manually ventilated, in a staged process over three weeks, with and without real-time biometric feedback (PIP display), by three groups of volunteer operators: inexperienced, experienced and specialist. Results The questionnaires determined that veterinary nurses were responsible for providing the majority of manual ventilation in veterinary practices, mainly drawing on theoretical knowledge rather than any specific training. Thoracic surgery and apnoea were the main reasons for provision of manual ventilation. Specialists performed well when manually ventilating the lung model, regardless of feedback-training. Both inexperienced and experienced operators showed significant improvement in technique when using the feedback training tool: variation in PIP decreased significantly until subjects provided manual ventilation at peak inspiratory pressures within the defined optimum range. Preferences for different forms of feedback (graphical, numerical or scale display), revealed that the operators’ choice was not always the method which gave least variation in PIP. Conclusions and Clinical Relevance This study highlighted a need for training in manual ventilation at an early stage in veterinary and veterinary nursing careers and demonstrated how feedback is important in the process of experiential learning. A manometer device which can provide immediate feedback during training, or indeed in a real clinical setting, should improve patient safety.
R Lewis, KE Asplin, G Bruce, C Dart, A Mobasheri, R Barrett-Jolley (2011)The Role of the Membrane Potential in Chondrocyte Volume Regulation, In: JOURNAL OF CELLULAR PHYSIOLOGY226(11)pp. 2979-2986 WILEY-BLACKWELL
DOI: 10.1002/jcp.22646
R LEWIS, D MACLEAN, C IOANNIDES, A JOHNSTON, DG MCDEVITT (1988)A COMPARISON OF BISOPROLOL AND ATENOLOL IN THE TREATMENT OF MILD TO MODERATE HYPERTENSION, In: BRITISH JOURNAL OF CLINICAL PHARMACOLOGY26(1)pp. 53-59 BLACKWELL SCIENCE LTD
Rebecca Lewis, Constanza B. Gomez Alvarez, Margaret Rayman, Susan Lanham-New, Anthony Woolf, Ali Mobasheri (2019)Strategies for optimising musculoskeletal health in the 21st century, In: BMC Musculoskeletal Disorders20164pp. 1-15 BMC
DOI: 10.1186/s12891-019-2510-7

By gaining a better understanding of healthy musculoskeletal ageing and the risk factors associated with premature ageing and senescence, we can provide better care and develop new and better-targeted therapies for common musculoskeletal disorders. This review is the outcome of a two-day multidisciplinary, international workshop sponsored by the Institute of Advanced Studies entitled “Musculoskeletal Health in the 21st Century” and held at the University of Surrey from 30th June-1st July 2015.