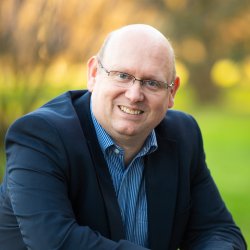 Simon Skene is Professor of Medical Statistics at the University of Surrey and Director of Surrey Clinical Trials Unit and Clinical Research Facility.

Simon has over 20 years’ experience as a medical statistician in teaching and research, including the design and analysis of studies investigating medicinal products, advanced therapies, diagnostic accuracy and surgery. His PhD focused on the analysis of very small samples of repeated measurements, addressing small sample issues in longitudinal analysis. He is a Fellow of the Royal Statistical Society and has consultancy experience in the pharmaceutical industry.

As Head of Statistics at the UCL Comprehensive Clinical Trials Unit, he provided leadership and statistical oversight on UK trials coordinated by the unit across phases I-III in multiple therapeutic areas including hepatology and gastroenterology, ophthalmology, neurology and surgery.

Simon's appointment at University of Surrey combines the role of Director of the Clinical Trials Unit (CTU) and Clinical Research Facility (CRF) with leadership in statistics to support decision based practice in medicine. He is additionally Head of Department of Clinical and Experimental Medicine which brings together the CTU, CRF and Surrey Sleep Research Centre (SSRC) with complementary sections comprising Research Design Service - South East (RDS-SE; Surrey), Surrey Health Economics Centre (SHEC), Clinical Medicine and Statistical Multi-Omics. The department is dedicated to academic excellence in education and the delivery of clinical research in health and disease. 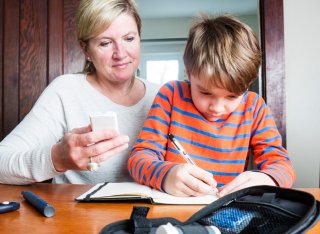 Surrey researchers secure £175,000 to develop an intervention for disordered eating in children with type 1 diabetes 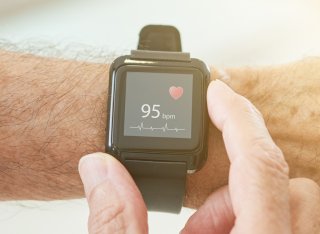 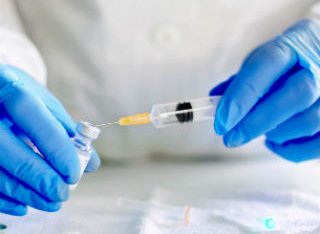 Associate Editor (Statistics) for the journal Osteoarthritis and Cartilage

Previous studies have shown that ultraviolet light can lead to release of nitric oxide (NO) from the skin and decrease blood pressure. In contrast to visible light local application of UV light bears a cancerogenic risk. Here, we investigated whether whole body exposure to visible blue light can also decrease blood pressure and increase endothelial function in healthy subjects.

Flavanols are an important class of food bioactives that can improve vascular function even in healthy subjects. Cocoa flavanols (CFs) are comprised principally of the monomer, (−)-epicatechin (~20%) with a degree of polymerisation of 1 (DP1), and oligomeric procyanidins (~80%, DP2-10).

To investigate the relative contribution of procyanidins and (−)-epicatechin to CF intake-related improvements in vascular function in healthy volunteers.

In a randomized, controlled, double-masked, parallel-group dietary intervention trial, 45 healthy men, (18-35 years), consumed once daily for 1 month (a) a DP1-10 cocoa extract containing 130 mg of (−)-epicatechin and 560 mg of procyanidins (b) a DP2-10 cocoa extract containing 20 mg (−)-epicatechin and 540 mg procyanidins or (c) a Control that was flavanol-free with identical micro- and macronutrient composition. (ClinicalTrials.gov NCT02728466)

Consumption of DP1-10, but neither DP2-10 nor the Control, significantly increased flow-mediated vasodilation (primary endpoint), and the level of structurally-related (−)-epicatechin metabolites (SREMs) in the circulatory system, while decreasing pulse wave velocity and blood pressure. Total cholesterol significantly decreased after daily intake of both DP1-10 and DP2-10 as compared to the Control.

CF-related improvements in vascular function predominantly relate to intake of flavanol monomers and circulating SREMs in healthy humans, but not to the more abundant procyanidins and gut microbiome-derived CF-catabolites. Reduction in total cholesterol was linked to consumption of procyanidins but not necessarily that of (-)-epicatechin.

Infection is a common cause of death in patients with cirrhosis. We investigated the association between the innate immune response and death within 3 months of hospitalization.

Plasma samples were collected on days 1, 5, 10, and 15 from participants recruited into the albumin to prevent infection in chronic liver failure feasibility study. Patients with acute decompensated cirrhosis were given albumin infusions at 10 hospitals in the United Kingdom. Data were obtained from 45 survivors and 27 non-survivors. We incubated monocyte-derived macrophages from healthy individuals with patients’ plasma samples and measured activation following lipopolysaccharide administration, determined by secretion of tumor necrosis factor and soluble mediators of inflammation. Each analysis included samples from 4 to 14 patients.

Plasma samples from survivors vs non-survivors had different inflammatory profiles. Levels of prostaglandin E2 were high at times of patient hospitalization and decreased with albumin infusions. Increased levels of interleukin 4 (IL4) in plasma collected at day 5 of treatment were associated with survival at 3 months. Incubation of monocyte-derived macrophages with day 5 plasma from survivors, pre-incubated with a neutralizing antibody against IL4, caused a significant increase in tumor necrosis factor production to the level of non-survivor plasma. Although baseline characteristics were similar, non-survivors had higher white cell counts and levels of C-reactive protein and renal dysfunction.

We identified profiles of inflammatory markers in plasma that are associated with 3-month mortality in patients with acute decompensated cirrhosis given albumin. Increases in prostaglandin E2 might promote inflammation within the first few days after hospitalization, and increased levels of plasma IL4 at day 5 are associated with increased survival. Clinicaltrialsregister.eu: EudraCT 2014-002300-24