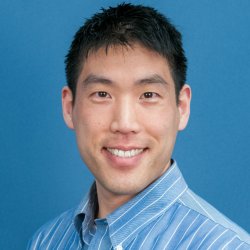 Youngchan Kim is Lecturer in Quantum Biology from the Department of Microbial Science in the School of Biosciences and Medicine. He is also associated with two multidisciplinary research centres in the University; Leverhulme Quantum Biology Doctoral Training Centre (QB-DTC) and Advanced Technology Institute (ATI). He joined the University in May 2020 where he leads an interdisciplinary research group where physics meets biology mainly interested in the areas of quantum biology and biophotonics. His group applies protein engineering and optical spectroscopy approaches to investigate biological molecules and biomolecular systems that exploit quantum phenomena under physiological conditions. His group is also interested in developing and applying optical sensing and imaging techniques to biomedical research.

He obtained a BSc in Physics from Chung-Ang University (South Korea) in 2006 and gained a PhD on “Development of terahertz spectroscopic techniques” in Physics from Korea Advanced Institute of Science and Technology (KAIST, South Korea) in 2011. Since his research interest is to use ultrafast spectroscopic approaches to better understand biological phenomena, he next completed three postdoctoral training fellowships at KAIST (South Korea, 2011-2013), Imperial College London (UK, 2013-2015), and the National Institutes of Health (USA, 2015-2020).

The carrier transport of carefully purified regioregular poly(3-hexylthiophene) films was studied using time-of-flight photocurrent measurements. The authors find balanced ambipolar transport with a room-temp. mobility for holes of 3 * 10-4 cm2 V-1 s-1 and for electrons of 1.5 * 10-4 cm2 V-1 s-1 at elec. fields >=105 V/cm. The transport is relatively field independent and weakly temp. dependent, pointing to a high degree of chem. regioregularity and purity. These factors make poly(3-hexylthiophene) attractive for use in a range of electronic applications.