Get Healthy, Get into Sport

Exercise referral by a physician is used around the world to promote physical activity (PA) and as a treatment for a range of conditions including hypertension, diabetes, some cancers and mental health among others (Cavill, Richardson, & Foster, 2012; Dept of Health, 2011). Despite its widespread use the success of this intervention is variable (Pavey et al., 2011; Sorensen et al., 2006). While some health benefits are usually evident after 12 weeks of an exercise programme they tend not to be maintained in the longer term. Williams et al. (2007), for example, show that 17 sedentary people need to be referred for one person to remain moderately active 12 months later. Individuals report numerous barriers that impede their ability to be physically active (Napolitano & Marcus, 2000).

Lack of time and access to facilities are among the most common barriers that have been identified. We know that affective (mood and emotional) responses during exercise are predictive of activity maintenance and that many people report not enjoying exercise when they do it (Ekkekakis et al., 2004; Hall et al., 2002; Welch et al., 2012a). There is also evidence that feeling that you have control over the intensity of the exercise you do (i.e. perceived autonomy) is related to maintenance (Ekkekakis, 2009) and interestingly when left to self-determine exercise intensity levels many will exercise at levels that will provide measurable health benefits.

Most exercise referral schemes, however, involve a trained exercise specialist designing a programme of individual gym-based activities that set intensities for patients thus limiting the amount of control they feel they have over their exercising. In this project we asked whether there was anything that could be done to change exercise referral programmes that would enhance their effectiveness. Given what we know from the research literature it seemed clear that promoting choice of intensity and activity ought to promote positive affective responses during the course of an exercise programme and that should in turn increase the likelihood of a maintained increase in activity levels. We also predicted that giving people the choice of sports-related activities which did or did not (depending on the person’s preferences) involve social contact ought to help increase positive affective responses during the programmes. To this end we tested an alternative to the traditional individual gym-based activity referral programmes that involved giving people a choice of sports-related activities.

The sports-based intervention was a 12 week alternative to solo gym-based standard programme and was monitored by a qualified exercise referral specialist. Participants were given a choice of low-intensity sports-like activities (e.g. walking football, ‘Badmintone’, ‘Netfit’, ‘AthleFIT’, swimming etc.) which could be combined with some flexibility to make up an equivalent total amount of time as the traditional gym-based programmes. As with normal referral for exercise participants paid a notional gym fee of £3 per session with a one-off payment of £15 at the start of the 12 week programme.

Maintenance of activity levels beyond the period of the exercise referral programme itself is a major challenge. While lifestyle advice is routinely given to all exercise referral recipients the evidence is clear that most people find this advice hard to follow and activity levels usually revert to pre-referral levels (Williams et al. 2007). To address this we also tested an on-line self-help tool that was intended to help people plan activities after their referral programme. There is good evidence that web-based self-help tools are effective (e.g. Biddle et al., 2012; Davies et al., 2012) and we developed our self-help tool around the notion of implementation intentions (Gollwitzer & Sheeran, 2006). Implementation intentions refer to the idea that in order to achieve some goal – in our case doing physical activity – people need not only to intend to achieve their goal but need to make plans to do the interim activities necessary to achieve the goal. For example, if someone intends to go for a swim next Wednesday they need to make sure that they have their swimming costume and towel 5 ready and to have coins available for the car park etc. These are in some senses trivial plans but if these are not followed through the goal may not be achieved.

Our website self-help tool contained a calendar of local activities that people could choose to do and invited them to ‘book’ the event into their personalised calendar and to identify the intermediate actions they needed to take to make sure that they were able to take part in the activity. Nearer the date of the event they were automatically emailed a reminder about the activity and of the intermediate actions they had said that they needed to take. The website was based on the principles of Let’s Get Moving (LGM) and offered the opportunity to browse the host health and wellbeing (HWB) website and secondarily self-refer to other web-delivered health behaviour interventions (smoking, alcohol and diet). Screen-shots of the website are presented in Appendix 8.3.

This 4-arm randomised controlled trial (RCT) shows that participation in exercise referral programmes raised activity and levels of sports participation by more than 30 minutes per week for more than 40% of participants over a period of 12 months.

Three of the four trial arms produced improvements that exceeded our criterion of increasing general physical activity by 100 metabolic equivalent minutes per week (METs) per week.

The programmes generally were effective in producing a meaningful reduction in blood pressure over a period of 12 months.

The study was a 4-arm RCT to test two types of GP referral intervention that were intended to increase physical and sporting activity among currently inactive 18-74 year old people with hypertension, suspected hypertension, pre-hypertension or high-normal blood pressure.

The study assessed the long-term (1 year) effectiveness of a 12-week sports-oriented exercise programme, the efficacy of a web-delivered interactive tool to promote and support sports participation and healthy behaviour change and the effect of these interventions in combination. The control arm was standard care GP referral for gym-based exercise. The interventions focussed on promoting sporting activity with the assumption that this would prove more engaging and motivating for participants than existing gym-based exercise referrals.

The key analyses were conducted on an intention-to-treat basis using multiple imputation of missing data for 469 participants.

Proportionately more of the participants in the two sports arms were likely to achieve the sporting activity target though this finding did not reach conventional levels of statistical significance.

Participants in the two sports arms enjoyed them more than those in the two gym-based conditions though feelings about the coaching were high in all groups.

Over 40% of participants took up a year’s membership at the Surrey Sports Park after completing their 12 week programme. People doing the sports-based arms were more likely to do this than those doing gym-only programmes.

The study’s achieved sample was smaller than planned leading to a reduction in statistical power but suggests that a larger, multi-site study of these interventions is merited. The study’s eligibility target may have been too strict. Many people who considered themselves sedentary actually exceeded minimum levels of activity.

In this trial we sought to find out whether sports based referral for exercise would be effective compared to traditional gym based programmes and also to see whether a self-help web-based tool would add any additional benefit. The study has shown quite clearly that exercise referral can lead to sustained increases in physical activity and that we can detect some real health benefits from it particularly in terms of lowered blood pressure. The effects are not massive but from a public health perspective are clearly worthwhile. The two sports arms were well received by participants and these people were proportionately more likely to take up, and pay for, a year’s membership of the Surrey Sports Park than those who did the traditional gym based programmes.

The data certainly suggest that people liked these programmes and wanted to continue exercising. This could not be explained by coach behaviour as participants in all four arms were very positive about their relationships with the coaches; it seems they really did like the sports programmes. From the point of view of those providing exercise referral programmes getting 47% of participants to join up has a real commercial benefit for leisure centres as well as a public health one. For reasons to do with recruitment problems that are discussed below the trial was underpowered in the statistical sense and as such we have not been able to demonstrate any clear, reliable, advantage for the sports and/or web tool over the standard gym-based TAU programme. However, looking at the analyses as a whole the two sports arms tended to generate slightly more positive outcomes on a range of outcomes that we looked at. Though further research will be necessary to truly establish any superiority of sports-based programmes over traditional gym-based ones there is nothing here which suggests that sports-based programmes are inferior to gym-based ones. This is important in that running what tend to be group-based sports classes is both easier and cheaper for leisure centres and, if the membership take up is an indication of attractiveness, is more likely to see people at least invest in doing activity in the future. 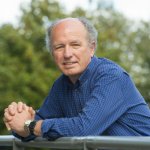 Chris has research interests in the promotion of healthy behaviours, recovery from stroke, health claims for food products and methods of online deliberative engagement. He has secured research grants from ESRC, Sport England, EU, the Wellcome Trust and various UK government departments and is most recently PI on an RCT evaluating sports-oriented exercise programmes as an alternative to GP referral for gym-based exercise. He has extensive experience of supervising trainee clinical psychologists’ major research projects and an interest in statistical methods. In addition to numerous journal articles and conference proceedings he has published a text book on research methods for psychologists. He is currently the Director of the ESRC’s South East Doctoral Training Centre and Chair of the Association of Heads of Psychology Departments.