The University of Surrey has been commissioned by the Office of the Sussex Police and Crime Commissioner to undertake an independent evaluation of the Video Enabled Justice (VEJ) programme. The VEJ programme involves the pilot implementation of new digital and video technology in magistrates’ courts and police custody suites including: a new digital booking tool designed to identify and reduce time gaps between cases; and the installation of new video technology in police custody suites.

The evaluation will document the conduct of first appearances, breach of bail and arrest warrant hearings both before and after the implementation of new digital and video equipment. These hearings will involve defendants detained in police custody, appearing either via a video link from custody suites, or in person at magistrates’ courts. Comparative analysis of hearings conducted in face-to-face mode and in VEJ video-enabled mode, both before and after the implementation of the new equipment, will support a systematic appraisal of the differences and similarities as experienced by courtroom participants between these modes.

The evaluation will assess the extent to which quantitative and qualitative benefits of the new digital and video equipment have been achieved. It will also identify any unintended consequences or issues resulting from the pilot initiative. Overall, the evaluation aims to inform the optimisation of the affordances offered by the VEJ platform and system.

The evaluation will triangulate both primary and secondary quantitative and qualitative data. The main stages of the research will involve: 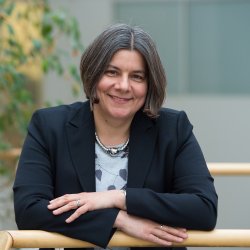