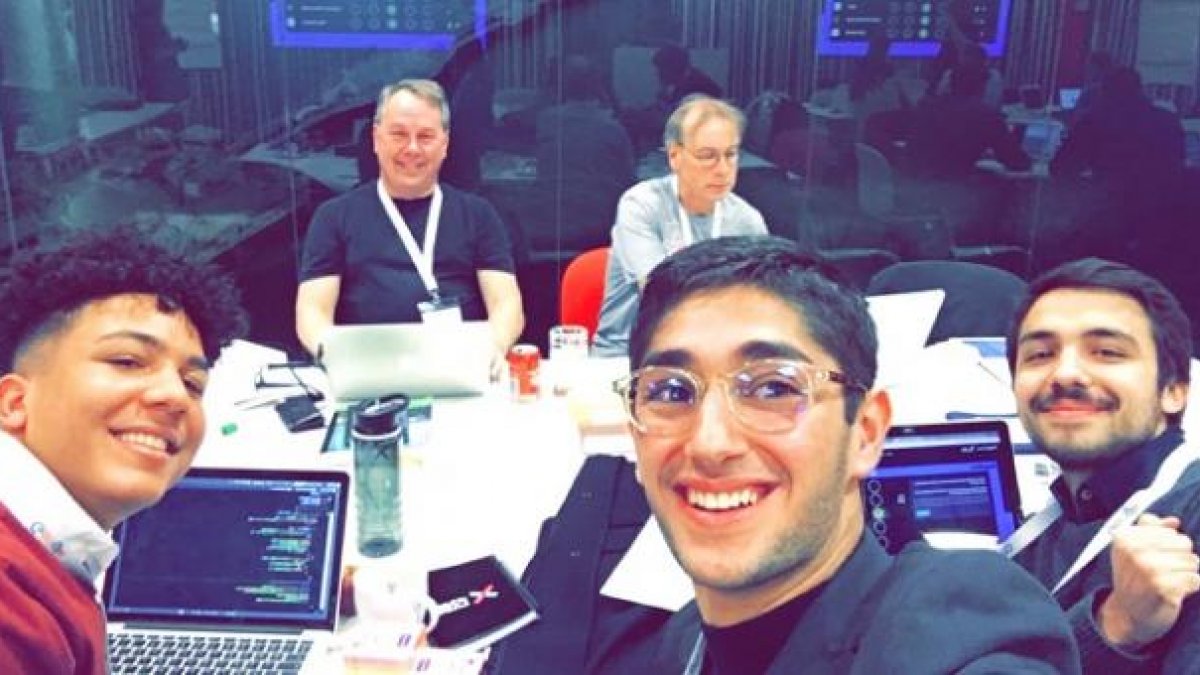 Doddi Elgabry, Alex Vavvas and Adrian Coutsoftides – who are studying BSc Computer Science at Surrey – were part of a team put together by Ariadne RegTech Ltd, a tech start-up specialising in financial services. The students joined Ariadne’s CTO Michael Bateman and CEO Charles Brewer for the Hackathon after being introduced to the company through SETsquared (the University of Surrey’s business incubation programme).

The event took place at Google’s lab in central London, where participants were challenged to design and implement solutions to five current financial regulatory issues, including money laundering and payment services, within just six hours.

The students had to adapt to a range of new concepts, problems and technical tools such as using Virtusa’s APIs (Application Program Interfaces) which enable functions such as voice recognition. They were also given access to Google cloud services and storage.

At the end of the Hackathon, the Ariadne team was awarded the third highest score by an expert panel of judges, only losing to Credit Suisse and Lloyds Bank – leading financial companies with tens of thousands of employees. The Ariadne team was also judged to have conformed more closely to the specification set than the two teams placed above them.

Doddi Elgabry said: “It was somewhat intimidating competing with Heads of IT departments of large banks, as well as entrepreneurs and company founders with many years’ experience, but I think our team’s passion and genuine interest was what enabled us to succeed. The most valuable aspect of this experience was being exposed to real problems in an industry searching for solutions.”

Charles Brewer of Ariadne commented: “The team worked extremely well in prioritising goals which could be achieved in the time available but parking ideas which would require more time. They developed some highly creative solutions such as using game theory and capturing the behavioural characteristics from wallet users in the payment services challenge.”

Dr Manos Panaousis, Lecturer in Secure Systems, said: “Doddi, Adrian and Alex have demonstrated that students of our Department of Computer Science are willing to participate in highly competitive events, and not only get experience and knowledge but also secure some exciting future collaborations. Although, this is only a small sample of students that participated in Virtusa Hackathon, I am, in general, impressed with our year 1 cohort with several students having outstanding technical and problem-solving skills.”