A new licence announced today between the University of Surrey and Randox, will bring to market a new test that will help with the early detection of prostate and bladder cancers. 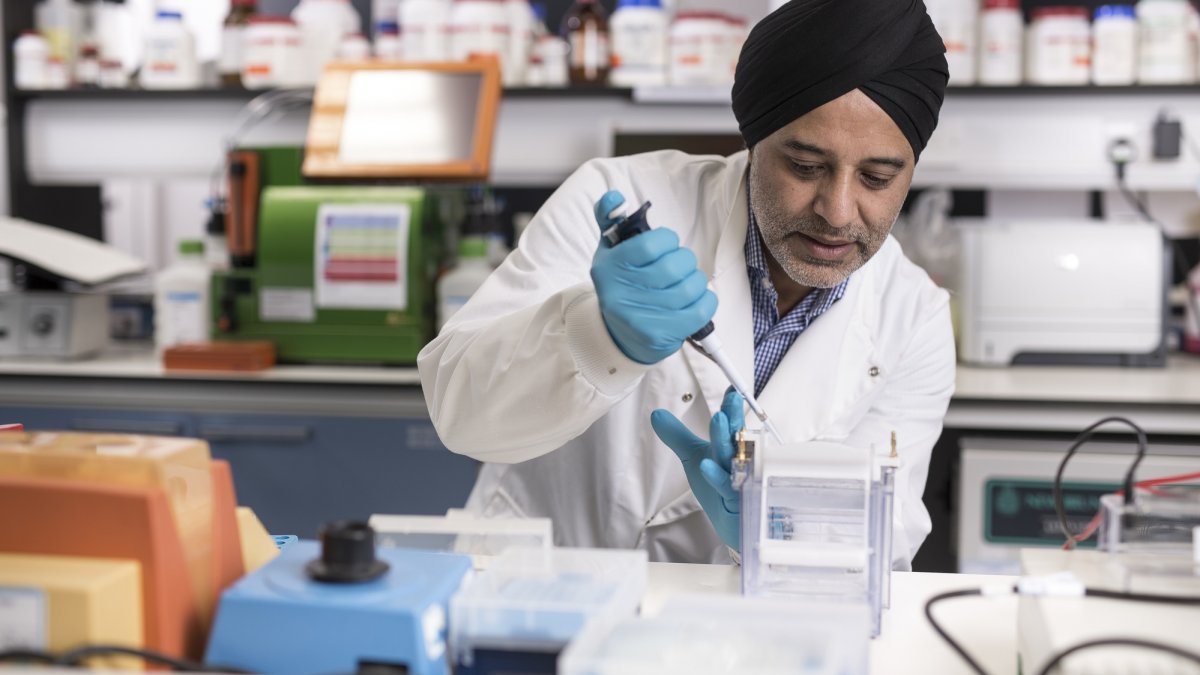 Scientists at the University of Surrey have developed a more reliable way of detecting prostate and bladder cancers, by testing a small urine sample. The team focused on the EN2 protein produced by these types of cancers, and which is secreted into urine.   Clinical trials in both Europe and the United States have found that the EN2 biomarker test is twice as effective as the 30-year-old PSA blood test currently used to detect prostate cancer.

The University of Surrey will supply key materials to Randox to manufacture and market products.  It is hoped that a test could be made available in hospitals around the world.

Hardev Pandha, Professor of Medical Oncology at the University of Surrey, said: "We are looking forward to working with Randox on this product. This new test could lead to faster detection that could save hundreds of lives, and also offers the potential for huge cost savings.

“Unlike in previous tests that require invasive procedures to produce a trigger, our studies show that the EN2 test immediately shows up and that levels of the protein correlate strongly with how far the disease has spread.  This may then help a doctor assess whether the disease may be safely and actively monitored, or whether it has spread more widely and requires treatment.”

Dr Peter FitzGerald, Randox Laboratories Founder and Managing Director, said: “With prostate and bladder cancers being among the top ten common causes of cancer death, accurate diagnosis is incredibly important to inform the type of treatment.  We are therefore delighted to be working with the University of Surrey to develop and commercialise an EN2 biomarker. The concept of personalised medicine will shape the future of diagnostics and healthcare in general.  Building relationships between academics, clinicians, industry and, of course, patients demonstrates how basic science discoveries made at the laboratory bench can be translated into clinical products that have real tangible impact for patients, the economy and society in general.”

The research that led to the development of the test was jointly funded by the University and the Surrey-based Prostate Project charity.

Randox Laboratories are the largest medical diagnostics company in the UK. They create the science behind blood testing, exporting their products to over 145 countries worldwide, with a wide range or reagents, controls, analysers and revolutionary biochip array technology.  Employing 1300 people across 25 offices globally, Randox manufactures 3.2 Billion diagnostic tests per year and approximately 4% of the total usage of tests in the world.

Randox currently has 400 new tests under development - probably more than any other diagnostics company in the world and expanding.