Astrophysics Group helps to reveal an excess of massive stars

Surrey’s stellar modelling expertise has contributed to a breakthrough in our understanding of the most massive stars in a neighbouring galaxy. 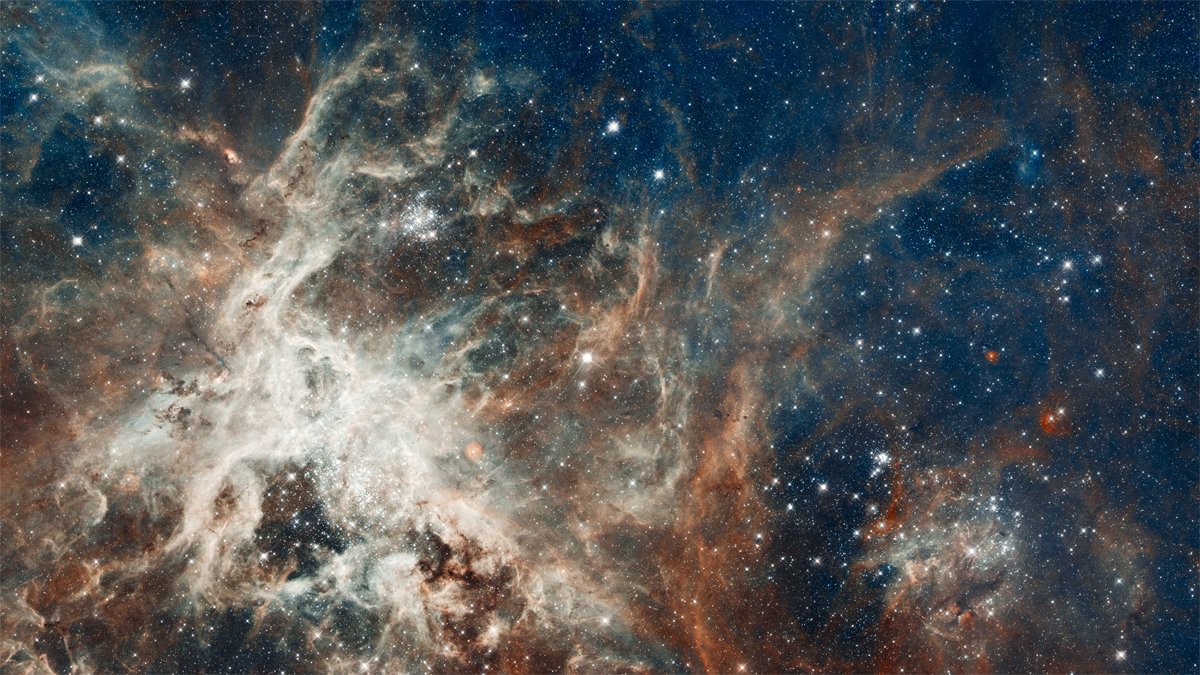 The discovery has far-reaching implications because of the enormous influence massive stars have on their surroundings, and could help provide answers to fundamental questions about how stars evolve, how they feed the chemistry of galaxies, and the formation of exotic objects such as neutron stars and black holes.

The latest research – which has been published in Science in January 2018 – is part of the VLT-FLAMES Tarantula Survey, a long-term collaboration of nearly 30 universities and research institutions around the world. The programme has observed nearly 1,000 massive stars in 30 Doradus (also known as Tarantula Nebula), a young galaxy which provides a unique laboratory for astrophysicists to study stellar and cluster evolution.

As part of the work, Professor Mark Gieles and Dr Robert Izzard of Surrey’s Astrophysics Group, within the Department of Physics, have helped build stellar population models and interpret the observations which have enabled astronomers to determine the mass of the stars.

Up until recently, the fraction of stars that are massive (between 15 and 200 times the mass of the Sun) has been the subject of some dispute. The new study shows that there are more of these massive stars than previously thought. It also shows that a maximum birth mass of stars of between 200 and 300 solar masses is likely.

Dr Izzard explained: “The new research is ground breaking because, for the first time, we’ve used a statistical technique to pin down the masses of each of the 250 stars. By combining stellar modelling with a Bayesian technique, we have been able to find their masses and hence the underlying mass distribution”.

The results have far reaching implications for our understanding of how stars have transformed the Universe. Massive stars are known to have the biggest influence on their surroundings – for instance through ultraviolet radiation, stellar winds, supernova explosions, and production of heavy elements.

Dr Izzard said: “We are proud to have played a part in this exciting breakthrough, drawing on our expertise in both stellar modelling and very dense stellar environments. The next part of the research, which is the focus of work by a new postdoctoral researcher at Surrey funded by the UK’s STFC, will be to discover how these very massive stars interact with one another in dense environments like stellar clusters.”

Professor Mark Gieles adds: “it was challenging to obtain this census because massive stars can be ejected in dynamical sling shots and this effect had to be accounted for. Because massive stars are the progenitors of black holes, this result has important implications for the number of black holes we should find in stellar systems and the gravitational wave detection rate, something we are actively working on here in Surrey."

The paper, ‘An excess of massive stars in the local 30 Doradus starburst’, was published in Science on 5 January 2018.

Discover our courses in Physics, including our undergraduate BSc or MPhys degrees in Physics with Astronomy.