The cannibalistic history of Andromeda

A global team of galactic detectives has pieced together the violent history of our neighbour galaxy Andromeda, which has set sights on our Milky Way as its next victim. 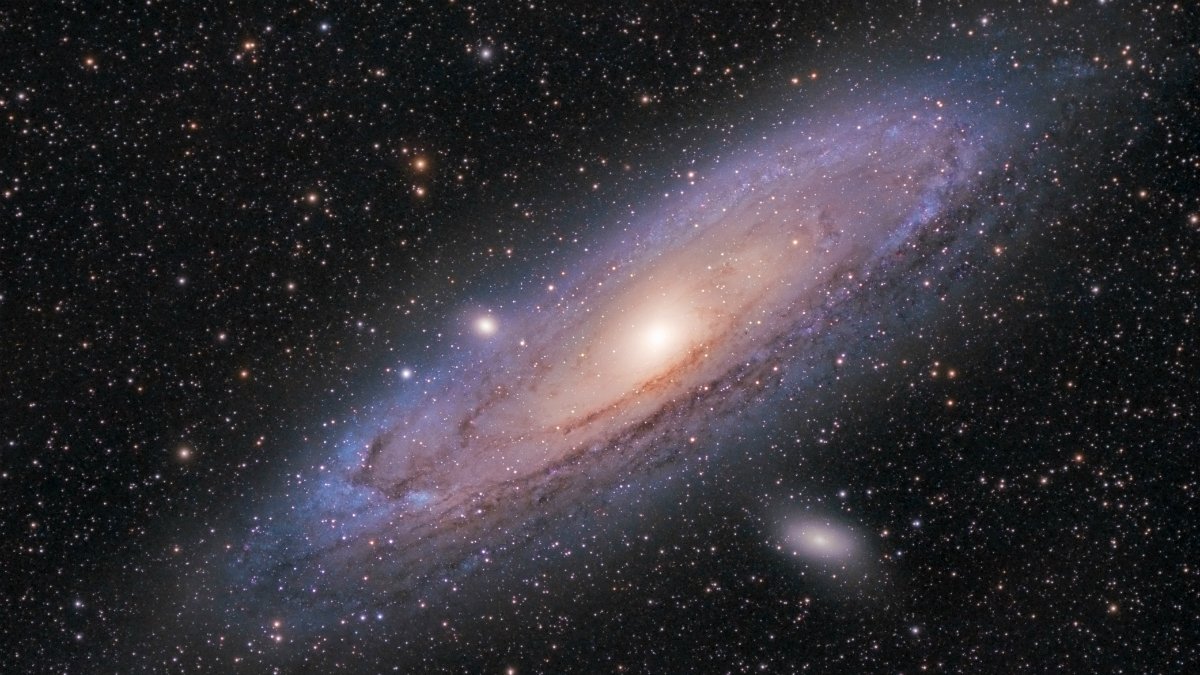 In a study published in Nature the team, led by Australian National University and the University of Sydney, and including the University of Surrey, analysed data from the Pan-Andromeda Archaeological Survey. It found that Andromeda has ‘eaten’ several smaller galaxies over the last few billion years, with evidence found in large streams of stars.

The team discovered very faint traces of small galaxies that Andromeda consumed even earlier, perhaps as far back as 10 billion years ago, and they fear that our home galaxy could be next in about 4 billion years.

Hints at this horrible history can be found in stars orbiting Andromeda, with the team studying dense groups of stars known as globular clusters. This allowed them to recreate the way Andromeda drew smaller galaxies in.

Dr Michelle Collins from the University of Surrey said: “Seeing two distinct meal times for Andromeda was quite surprising. The way the globular clusters move around Andromeda suggest that this galaxy had a large breakfast around 10 billion years ago, and a big lunch perhaps only a few billion years ago.

“The two accretion events have come from strikingly different directions, as the two globular cluster populations are orbiting at right angles to one another. This directionality may tell us something about the cosmic web within which Andromeda and the Milky Way are embedded, and gives us insight into the formation of our massive neighbour.”