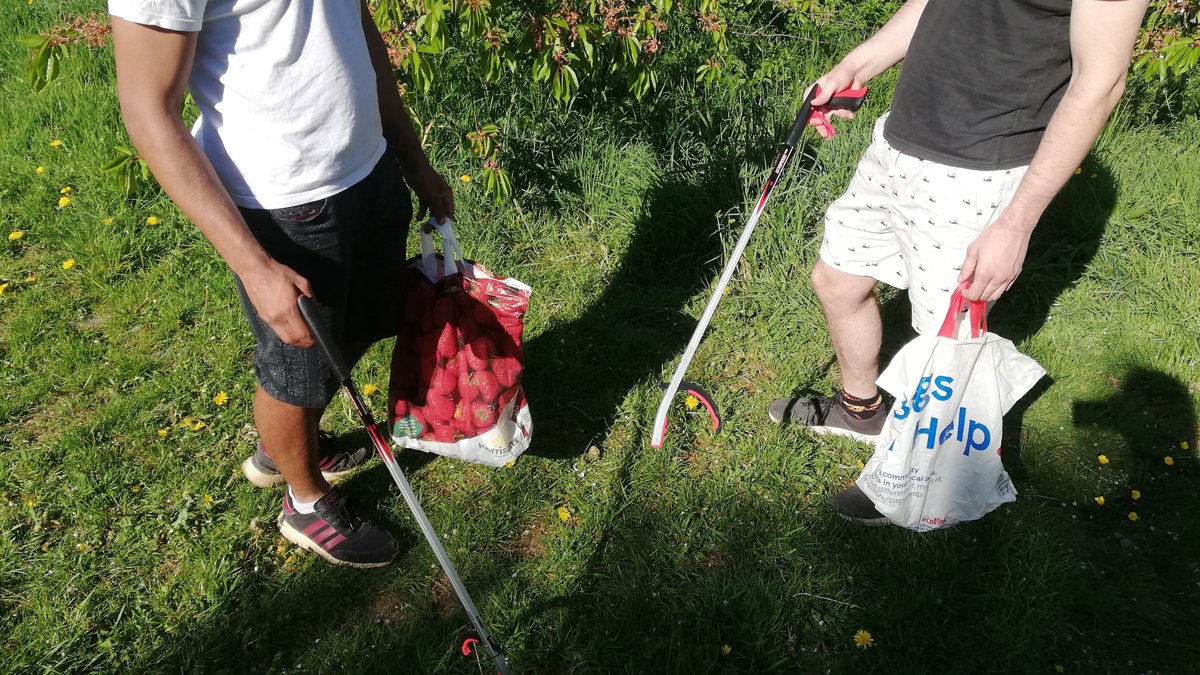 Many of us have been utilising our liberty to go outside for daily exercise and walks whilst our favourite gyms and group fitness classes are not accessible to us. We have been blessed with, for the most part, beautiful weather during this lockdown period.

Tim Sidnell, Beth Campbell and Ash Stott are three Surrey PhD students living together in Guildford during lock-down. During their daily walks, they began litter picking. This initially started out as voluntary environmental work, in which they were just using their hands with the protection of gloves to pick the litter and dispose of it. However, they began to realise that there were an increasing number of disposable gloves and masks on the ground, which could pose a serious health risk of passing on the virus. In response, they reached out to the Guildford community and managed to get some litter picker equipment. Guildford Council’s Adopt a Street scheme will provide refuse bags and litter picking tools for free.

Their focus is now on clearing gloves and masks in the streets and surrounding countryside. They’ve picked 32 shopping bags worth of rubbish so far, both recycling and non-recycling. Their reasoning behind their actions is such that: “With lab access removed, we have a little more time these days to give to others. We regularly get thanks from the public while out litter picking, and this really encourages us to carry on”, says Tim.

Beth Campbell has also signed up as an NHS volunteer and has been picking up prescriptions for vulnerable people and carrying out other small jobs that make a big difference to their lives. Tim comments, “Ash and I have also swapped our regular research (since labs are shut) for working with the university and an engineering consultancy, looking into novel methods for Corona virus testing as well providing guidelines to the UN on disinfection and virus prevention measures.”

The group have also made some small donations to NHS charities as part of their desire to help. We applaud their selfless and proactive approach during this difficult time.