Theoretical physicist, author and broadcaster Professor Jim Al-Khalili studied for his own undergraduate degree in physics at Surrey. Here he explains what most inspires him about the subject and why he’s so passionate about sharing the mysteries of the universe with others. 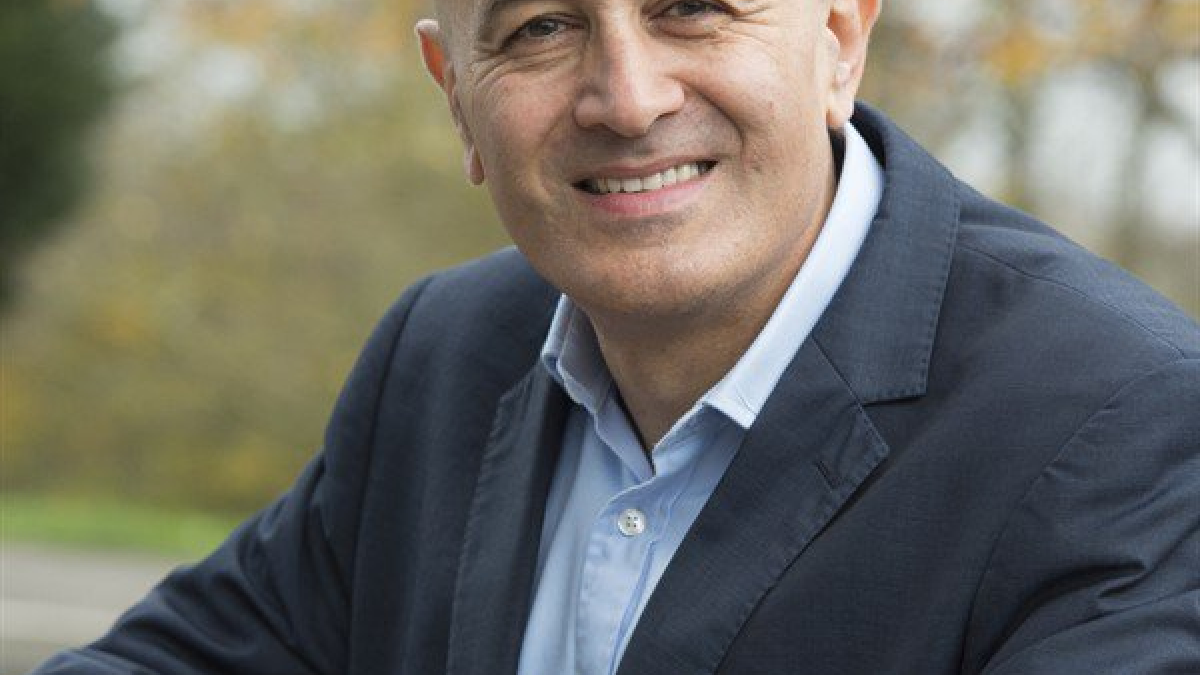 What first inspired you to study physics?

At the age of about 14 – when my life was all about football and music – I did very well in a physics exam and the teacher pulled me up to the front of the class to praise me. Instead of being embarrassed, I remember thinking it was quite cool that I was good at physics. I realised that physics was, above all, about problem solving, and it helped you to learn about the really big, profound things. From then on, football and music became my hobbies and physics was what I wanted to do.

Why did you decide to study at the University of Surrey?

I looked at all the universities with a solid reputation for physics and Surrey seemed to be the one that had its finger on the pulse of new technology. There was a practical reason too: I didn’t want to live too far away from my girlfriend. It was the right decision because we’ve now been married for 31 years!

What are your favourite memories of your time as a student here?

My best non-academic moment was playing in the five-a-side physics department football team – the ‘Photons’ – and somehow ending up in the inter-departmental final against the sports hall staff team, who were all super fit. Our fellow students came along in force to cheer us on and, although we were narrowly defeated, it was a great bonding experience for our year group.

Academically I had an unforgettable lightbulb moment when our lecturer went through the algebra behind electromagnetic fields. He ended with an equation, out of which popped the speed of light. The beauty of the algebra genuinely sent a shiver down my spine.

What area of physics inspires you the most?

Theoretical physics, particularly nuclear reaction theory. Having nearly electrocuted myself while cleaning the inside of glass vacuum chambers during my Professional Training year, I decided that theoretical rather than experimental physics was for me!

One of the areas I’m currently focused on is quantum biology: trying to understand the role quantum mechanics play in the natural world. This is a fascinating new field which could explain strange phenomenon such as how birds navigate.

How long have you taught physics at Surrey?

I’ve been teaching undergraduate physics here continuously since 1992. It’s a real pleasure to see students engaged and interested in some of these fascinating topics at the boundary between abstract maths and the real world. One of my lectures is typically late on a Friday afternoon so we end up with doughnuts and me talking about my physics hero, the late Richard Feynman. It’s lovely that generations of Surrey physics graduates tell me they still recall these ‘Feynman Fridays’.

Your popular books and TV programmes have brought physics to the general public. How did you get into public engagement?

I’ve always liked explaining concepts in non-technical terms – which probably began when I was sitting in the pub with my friends, most of whom weren’t scientists, and trying to tell them about my work.

Alongside my career as a researcher I did radio interviews and schools talks which I very much enjoyed, but it was never my plan to become a broadcaster. Then in 1997, I was chosen to give the Institute of Physics’ schools and colleges lectures and, on the back of that, I was asked to write my first book (on black holes) and found I enjoyed writing. The TV work with the BBC started about 12 years ago and has been great fun.

Why is physics such a good degree subject?

A physics degree teaches you a way of thinking, problem solving, and developing an evidence-based curiosity about the world that means pretty much anything is open to you. We urgently need more people with a science background in politics, the health service, education and business.

What makes a good physics student?

I believe that enthusiasm and motivation are as important as being good at maths. While you need to be able to get your head around the algebra and equations, your reason for studying physics should be that you find the subject fascinating.

Discover our programmes in physics.