The Orphan Stars of the Magellanic Clouds

A team of astrophysicists conducting a survey, led by scientists from the University of Surrey, has found a group of “orphan stars” in a cosmic gas bridge that connects two nearby dwarf galaxies. 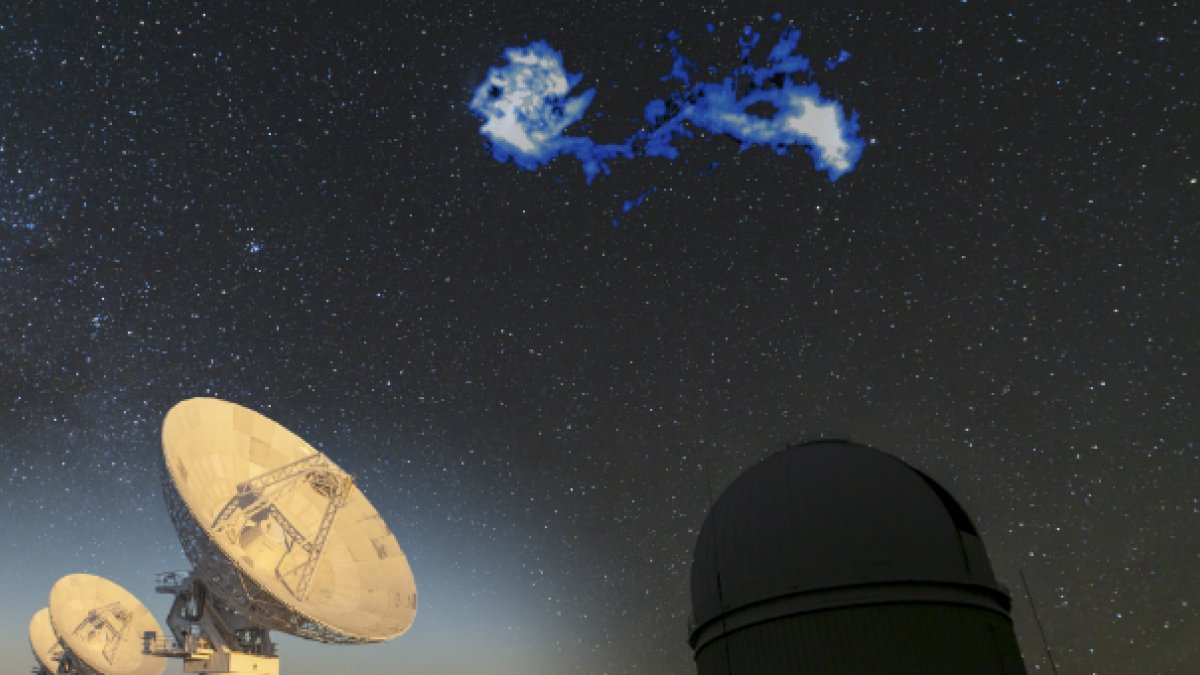 The Magellanic Clouds are two dwarf galaxies that orbit our own galaxy – the Milky Way.  The Clouds are only visible from the southern hemisphere and are connected by a large gas structure called the Magellanic Bridge.

In a paper published by the Monthly Notices of the Royal Astronomical Society journal, the team detail how the stars, believed to be between one to 10 billion years old, were stripped from the small Magellanic cloud by the gravitational pull of the large Magellanic cloud in a recent nearby encounter.

The discovery was made using the Anglo-Australian Telescope, located at the Siding Spring Observatory in Australia and managed by the Australian Astronomical Observatory. The team used a state-of-the-art “2dF” robot, together with the Observatory’s spectrograph, to measure the velocities and chemical compositions of around 1,500 stars in the region of the sky.

Dr. Noelia E. D. Noël, Lecturer in Astrophysics at the University of Surrey and Principal Investigator of the project, said: “The Magellanic Clouds are so close to us that they can be seen with the naked eye. We have known about them since antiquity, yet they continue to surprise us.

“Models have long-predicted the presence of stars orphaned from the small Magellanic cloud, thanks to the pull of its larger companion. Preliminary studies, including earlier work from our own survey, hinted at their presence. But we now have conclusive proof that they are there.”

Dr. Ricardo Carrera, researcher at the Instituto de Astrofísica de Canarias and a co-author of the paper, said: “Thanks to the combined information from the chemical composition and kinematics of thousands of stars in the Magellanic Bridge, we unequivocally found that such stars originated in the small Magellanic cloud.”

Dr Ángel López-Sánchez from the Australian Astronomical Observatory, co-author of the paper, said: “Galaxy interactions can distort or even drastically change the morphology of the galaxies. During these encounters, there is an interchange of materials between galaxies, new star-forming regions are created, and frequently the gas and stars are also stripped into the space between galaxies called the intergalactic medium.”

This new discovery provides new insight into a key driver of galaxy formation and evolution over cosmic time: galaxy interactions.