A team from Surrey Centre for Cyber Security (SCCS), in collaboration with TeleRail Networks, have shown how multiple on-train services can share a single train-to-trackside communications system. 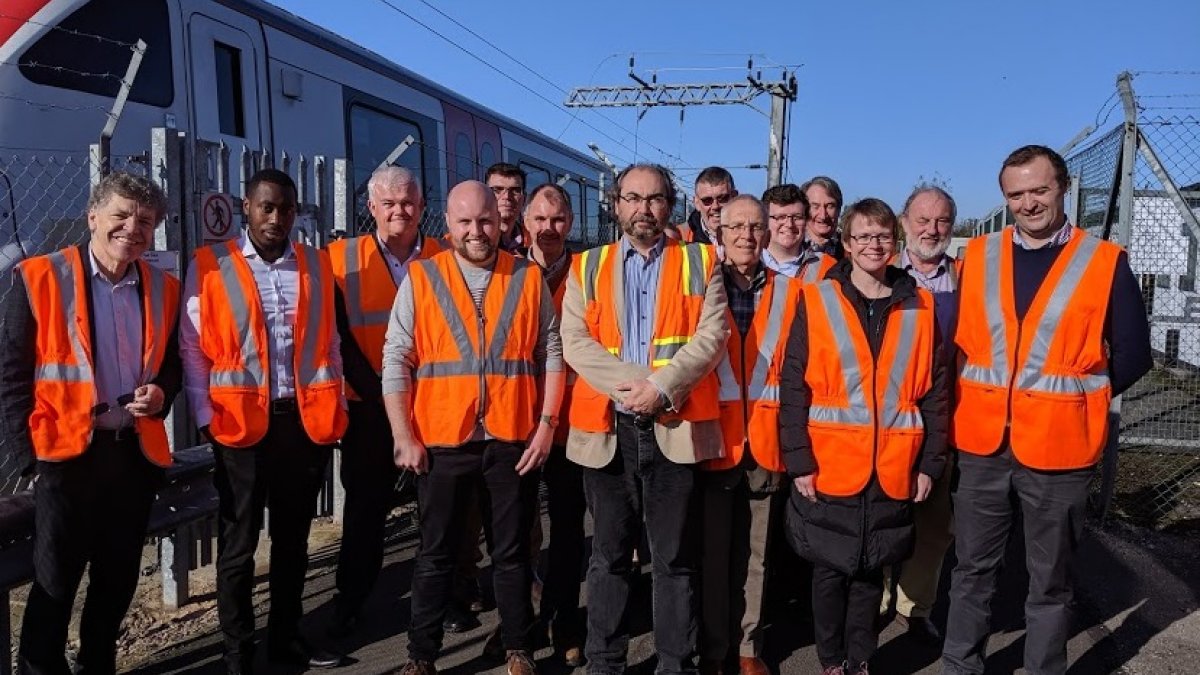 The aim of the project was to create a prototype to demonstrate how a single system can be used to transmit all the different communications which go from train to trackside in a secure and timely way. These communications vary from driver communications and operational information to customer w-fi.

The systems architecture developed by the team uses the standard protocol DTLS (Datagram Transport Layer Security), and works by prioritising more critical communications over less critical streams. This ensures that a ‘golden packet’ of high priority traffic always gets through even when, for example, there is pressure on the bandwidth from a high proportion of customers using onboard wi-fi.

Professor Helen Treharne, who led the project at Surrey, explained: “Our role within SAFRON was to look at the cyber security implications of a shared communications architecture. We have helped develop a system in which data streams are partitioned, and implemented encryption to protect sensitive data from unauthorised access and ensure confidentiality.”

Nigel Wallbridge co-founder of TeleRail Networks commented: “With the emergence of smart railways we will need more and better communications. This project has demonstrated that by introducing a hierarchy for information, effective and timely communications can be guaranteed within a single system. We’re now in discussions with some key players in the sector about commercialising the technology.”

Tim Lane, Chair of the Future Communications and Positions Systems Advisory Group, said: “Being part of the team on an outcome-focused piece of R&D has been an excellent experience. SAFRON demonstrates a principle above and beyond the FRMCS vision, through an aspiration to deliver all on-training connectivity, including passenger internet. Well done to all for the determination and perspiration that made way for the compelling demonstration.”

(FRMCS (Future Railway Mobile Communication System) is the future worldwide telecommunication system designed by UIC, the international union of railways, which will be a key enabler for digitalisation in rail transport.)

Discover our courses in computer science, including our Information Security MSc.