In a world where more and more services are moving online, when it comes to elections, why do we still cast our votes on paper ballot forms in church halls? Director of Surrey Centre for Cyber Security (SCCS) Professor Steve Schneider examines this question in a recent article published in the New Statesman. 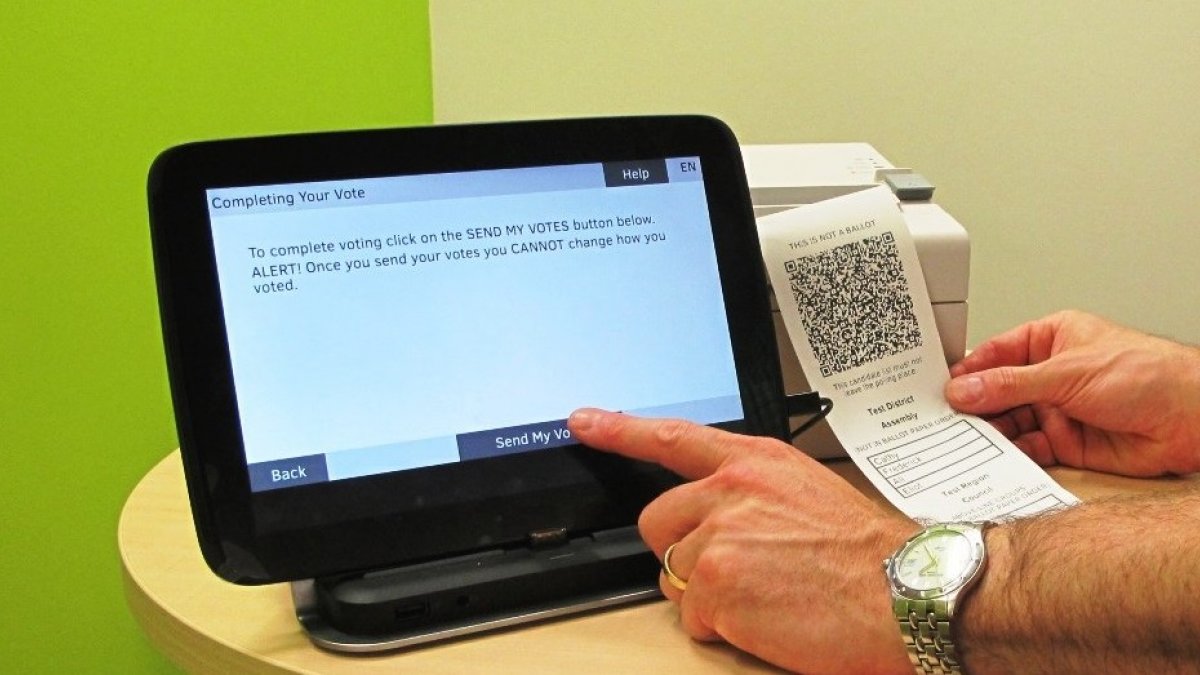 Led by Professor Schneider, SCCS is at the forefront of e-voting research, having developed the world’s first state-wide end-to-end verifiable electronic voting system which was successfully deployed in Australia’s State of Victoria election in 2014. The Centre is now working with Electoral Reform Services to develop and test a new voting system for corporate and organisational elections as part of the VOLT (Voting on Ledger Technologies) project, funded by EPSRC.

In the New Statesman article, Professor Schneider explains that while e-voting has the potential to offer accessibility and convenience for voters, and make vote-counting far less labour intensive, it also presents some major challenges in terms of cyber security.

“Any e-voting system must be trusted even in the face of the ever-increasing range of cyber threats,” he writes. “These include the possibility of system penetration from well-resourced adversaries; the possible presence of spoof voting sites; malware on voting devices or within the central system; and insider threats from those with privileged access to the system.”

While people sometimes cite online banking as an example of what should be possible with voting, Professor Schneider argues that this does not hold up as an analogy. “It is banks, rather than their customers, that bear the cyber risk, accepting this as part of the cost of doing business…online voting does not provide any of these assurances.”

The verifiable voting system developed by SCCS uses cryptography to shuffle the encrypted votes so that they are no longer linked to voters, while also enabling voters to verify that their vote has been correctly cast. This means that an independent party can confirm that the votes have been tallied correctly and match the reported result – so that any external interference such as malware would be detectable.

Professor Schneider explains that public trust is crucial for any voting system. “Voting is a social activity, and the general public need to have confidence in the systems and processes that they use for elections. Technical solutions for electronic voting also need to gain public comprehension and acceptance, and this requires transparency and public engagement.”

Read the complete article which was published in the New Statesman on 4 May 2019.

Discover our courses in computer science, including our MSc Information Security.