Using live motion capture, virtual puppetry, live musicians and a multitude of sand, Jinn is a choreomusical work exploring the presentation of Western performance in Arabic cultures. The Arabic term ‘jinn’ refers invisible, sentient beings, of scorching winds and a smokeless fire. Before Islam, they were worshiped as spiritual protectors not only in the Arabian Peninsula, but also in neighbouring areas. For this performance piece, the collaboration draws inspiration from the sound of movement in the desert and images of Jinn in Arab culture.

NYU’s agreement with the Emirate of Abu Dhabi to create NYU Abu Dhabi is the outcome of a shared understanding of the essential roles and challenges of higher education in the 21st Century and a common belief in the value of a liberal arts education.

Woolford comments ‘In Jinn, we wanted to present a wider Western culture to Emiratis. We’ve overcome constraints of showing the female form in a Muslim culture by ultimately creating a dance piece without a dancer, removing the physical body, and leaving just the sound and trace of the movement.’

Guedes and Woolford have developed artistic works addressing the perception of human bodily motion, in pieces such as Will.0.w1sp (Woolford & Guedes, 2005) and Côr ( Guedes, Ula li & Woolford, 2003), and since 2003.

The Jinn premiere was followed by a performance at the Festival Internacional de Marionetas do Porto 2018 (International Puppetry Festival), at the National Theatre Rivoli in Porto, Portugal on October 20th 2018. More tour dates are to be announced in 2019. 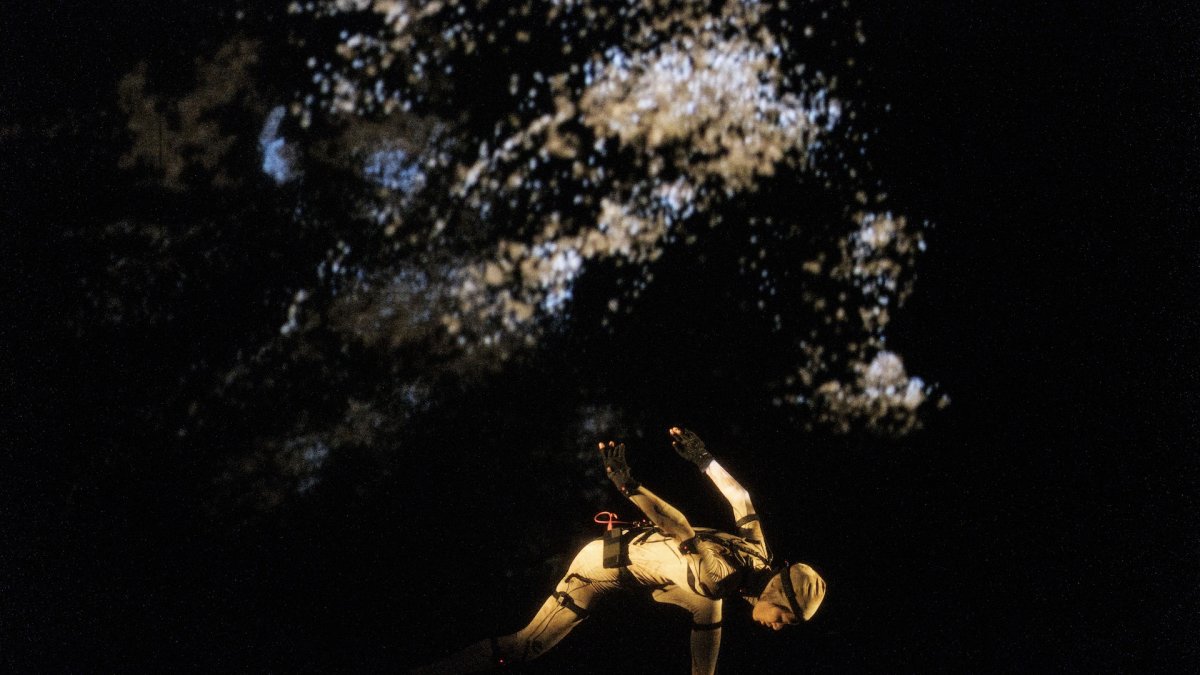