Department of Mathematics, Centre for Mathematical and Computational Biology.

I am a mathematician with a keen interest in applying mathematics in the real world. My background is in dynamical systems and bifurcation theory.

Much of my early work was in fluid mechanics, particularly the Faraday wave problem. More recently I have shifted towards biology/sociology. I was a co-investigator on the 6 year complexity science project, Evolution and Resilience of Industrial Ecosystems. I currently lead the Mathematics of Life and Social Sciences research group and co-lead the Centre for Mathematical and Computational Biology

My current research interests are largely centred on sleep and circadian rhythms and data science. I collaborate with researchers at the Surrey Sleep Research Centre developing and analysing mathematical models of sleep-wake regulation. Our work recently featured in the UK parliamentary debate ``School should start at 10am because teenagers are too tired''. I have a particular interest in the impact of our light environment on sleep, including the impact of permanent DST. 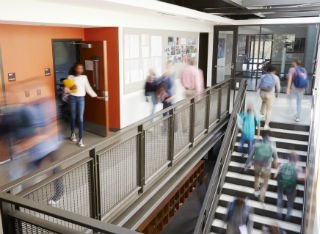 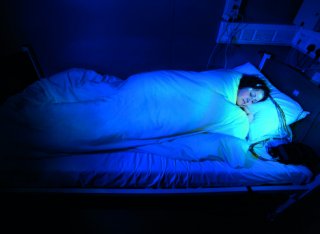 Optimising policy choices to steer social/economic systems efficiently towards desirable outcomes is challenging. The inter-dependent nature of many elements of society and the economy means that policies designed to promote one particular aspect often have secondary, unintended, effects. In order to make rational decisions, methodologies and tools to assist the development of intuition in this complex world are needed. One approach is the use of agent-based models. These have the ability to capture essential features and interactions and predict outcomes in a way that is not readily achievable through either equations or words alone.

In this paper we illustrate how agent-based models can be used in a policy setting by using an example drawn from the biowaste industry. This example describes the growth of in-vessel composting and anaerobic digestion to reduce food waste going to landfill in response to policies in the form of taxes and financial incentives. The fundamentally dynamic nature of an agent-based modelling approach is used to demonstrate that policy outcomes depend not just on current policy levels but also on the historical path taken.

When a layer of fluid is oscillated up and down with a sufficiently large amplitude, patterns form on the surface, a phenomenon first observed by Faraday. A wide variety of such patterns have been observed from regular squares and hexagons to superlattice and quasipatterns and more exotic patterns such as oscillons. Previous work has investigated the mechanisms of pattern selection using the tools of symmetry and bifurcation theory. The hypotheses produced by these generic arguments have been tested against an equation derived by Zhang and Vinals in the weakly viscous and large depth limit. However, in contrast, many of the experiments use shallow viscous layers of fluid to counteract the presence of high frequency weakly damped modes that can make patterns hard to observe. Here we develop a weakly nonlinear analysis of the full Navier-Stokes equations for the two-frequency excitation Faraday experiment. The problem is formulated for general depth, although results are presented only for the infinite depth limit. We focus on a few particular cases where detailed experimental results exist and compare our analytical results with the experimental observations. Good agreement with the experimental results is found.